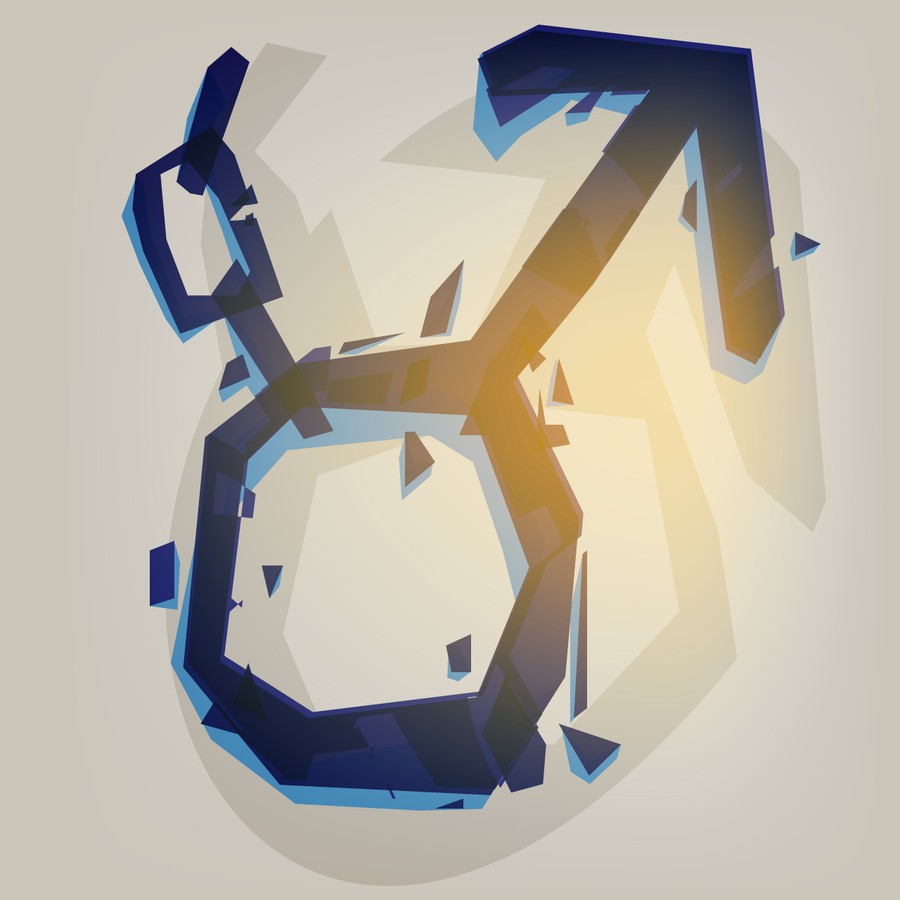 We try to describe the pitfalls of masculinity by pointing out all the jabs that saturate our ears while coming of age: "Man up," we’re told. "Grow a pair." "Put your bros before hoes," and "Don’t be a pussy—be a man."

Yet, masculinity—as we currently define it, but not as it must be—is something more complicated. Often, it’s a performance for the world. It teaches us that vulnerability is weakness, self-absorption is smart, and that our success is measured in equal parts dominance and women. Becoming a man requires suppressing our fears, insecurities, and tenderness. We present stoic and often immature fronts and carry on each day knowing that it is much safer to degrade a woman than it is to let a wrist dangle effeminately.

But perhaps the most bizarre thing about masculinity is the degree to which it is so fully premised upon both rejecting the feminine and incessantly proving that you aren’t gay. Yes, a man strengthens his sense of manhood by demonstrating that, even if being gay is A-OK for other people, he most certainly is not. Hear me out.

Before sometime around the mid-20th century, gayness was so far out of the mainstream that many didn’t even consider it a possibility. You didn’t worry about others thinking you might be gay because, well, no one was publicly. But as the walls started to break and being gay became a possibility—an identity—society’s acute, instinctive aversion to homosexuality was also unleashed. Men developed paranoid fears of being gay. Friendships among men became less intimate, and masculinity required proof of straightness. Don’t believe me? You can find fascinating collections of photos of male friends intimately posing with one another for portraits in the 1800s. Even a progressive set of eyes from 2018 takes a glance at the photos of the friends and wonders: “Are they gay?”

As Jared Keller writes in the Pacific Standard, “The bro, in short, is a culture-wide defense mechanism against the gay.” And this uneasy, homophobic feature of modern masculinity is truly devastating—for closeness in male friendships, for the dignity of everyone that isn’t straight, and for women, who are subject to consistently poor treatment by men. It creates no winners.

More importantly, our strict and homophobic conception of masculinity too often drives men into a precarious place: Stay true to your values or retain your full manhood, because you can’t have both.

After all, how could I forget that day in Gap when seventh-grade me dodged a question from my mom about why I decided to go for the straight-fit jeans instead of the usual slim pair? How could I forget those moments on the bus when I helped rank the girls in our class, and crudely laughed at those who didn’t make the cut? How about the period of time when I embraced the perverse lesson that girls like guys who treat them like crap? Or when I pushed away close male friends because I didn’t want to be associated with someone who others viewed as too feminine?

Did any of it ever feel good? No. But, back then, it sure seemed to beat being called a f*g.

Too often, this is the situation we thrust men into: choose. Be the man you want to be or risk your status as “one of the guys.” And none of this is better epitomized than in our frats, which stamp a seal of approval on your masculinity while rewarding brashness and the degradation of women. And of course, this noxious climate carries on well past college.

Just open a newspaper, if you need proof. Basketball coaches informing players they aren't good enough by shouting: “you fucking f*iry…you’re a fucking f****t!” Tomi Lahren lecturing us on the decline of “real men.” Hundreds of men getting away with sexual harassment in schools and the workplace. Young and old men alike expressing no real remorse for sexual assault.

In a recent survey, 46 percent of young adults say the pressure to act masculine encourages sexually aggressive behavior and just as many say it encourages homophobic attitudes. As Dr. Caroline Heldman puts it: It’s “the great set-up.” We raise boys to reject all that is feminine, and then we wonder why so many men lack basic respect for women.

I want to be clear, though: Our rigid ideas about what it means to be a man don’t excuse any reprehensible behavior. We men should have the moral backbone to do what’s right—even when it’s hard or runs against how we’ve been taught to act. But this doesn’t, however, take away the palpable need to rethink what we demand of men and how we raise boys.

This also isn’t to say that everything about masculinity is harmful. We don’t need to throw masculinity out the window. We merely need to reimagine it. And the exciting, hopeful thing is that it feels like our generation, in particular, is beginning to. We’re less afraid than our parents were to embrace one another and be intimate. When others try to put down a man for being soft, now it at least elicits eyerolls.

Nonetheless, we have to start making these conversations more intentional and move past the discomfort we share in talking about our standards of manhood. Only then can we get to the real work of envisioning a masculinity fit for our era, one that isn’t defined by opposition to femininity and rejection of homosexuality. Instead, a masculinity that rewards integrity, encourages closeness, and respects everyone. It needn’t reject mannerisms and interests that have historically been considered masculine. It just needs to allow men to be who they are, to confide in one another freely, and to show love without the constant specter of emasculation.

Perhaps the boys of the future can soon understand that when someone tells you to man up, it means to start acting with respect and compassion. And perhaps, then, the girls of the future won’t have to worry about the threat of men.

Dylan Stafford is a second-year in the College majoring in political science.