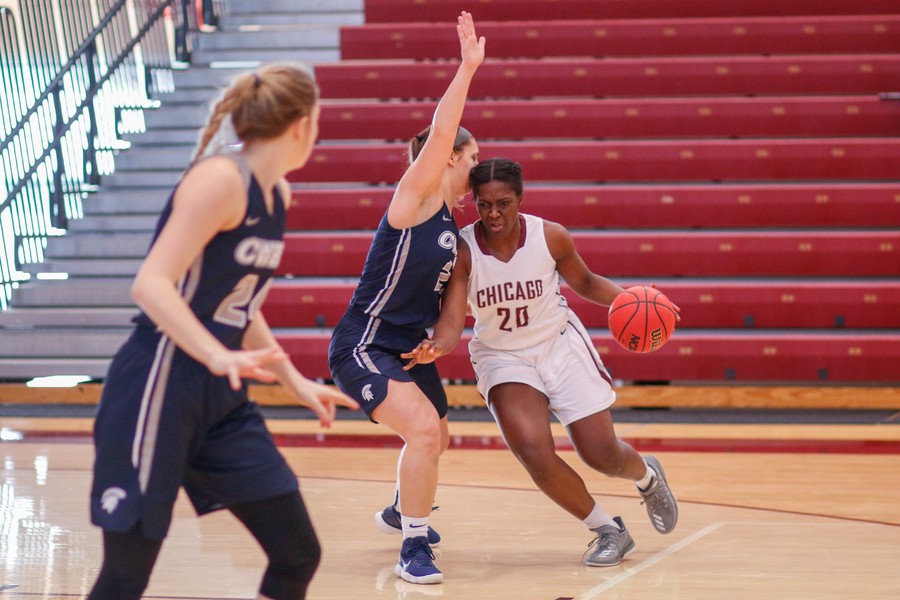 The No. 10 Maroon women’s basketball team has earned all it could possibly want at this point in the season. Coming off two dominating wins last weekend against Carnegie Mellon University and Case Western Reserve University, the Maroons have won a shocking 20 straight games, are the sole UAA conference champions, and have earned the first NCAA tournament bid. Considering they began their season unranked, their rise is even more remarkable. If they win their final game against Wash U on Saturday, it will represent the perfect capstone to what has been a picture-perfect season. By defeating Wash U in a rival game on their senior night, the Maroons have an opportunity to become only the seventh team in UAA history to have a perfect conference record. If they win, they also may get to host the first few rounds of the NCAA tournament. After rolling over Case Western and Carnegie Mellon, Chicago must have confidence coming into this weekend’s game.

The Maroons, despite a close start, dominated the Carnegie Mellon Tartans 70–51. With eight minutes left in the second quarter, the Tartans were within two points of the Maroons. Chicago, however, stepped on the gas, thanks to a big effort by second-year Mia Farrell, who led the team with 16 points. By the end of the half, the Maroons were up comfortably by 13 points. With the momentum firmly in their favor, the Maroons did not let up for the rest of the game, forcing Carnegie into 22 turnovers, which turned into 24 points. Second-year Taylor Lake was right behind Farrell with 12 points, and third-year Olariche Obi rounded out the offensive effort with 10 points and six steals.

Chicago continued its dominance with a massive 73–35 win over the Case Western Spartans, showcasing its offensive and defensive strength. In the first quarter, both teams struggled offensively, with very low shooting percentages on both sides. However, with three minutes left in the first quarter, the Maroons found their range and began the blowout, forcing nine turnovers in the first quarter. In the second quarter, the team was on absolute lockdown, scoring 28 points and not allowing Case a single point in 11 minutes. Coming into the second half up 43–9, Chicago did not even remotely let up, going on a 22–2 run. Obi earned her 13th double-double of the season, and first-year Marissa Igunbor earned her first double-double of her career with 19 points and 12 rebounds.

Reflecting on the seniors’ last conference game, third-year Jamie Kockenmeister got a little sentimental. “It definitely feels strange thinking that I’ll never play another UAA game with [Elizabeth Nye] or [Madison Dunbar]. Our conference games are always high intensity and competitive, and I’ve never played in one without them being there. So there will probably be some emotions on Saturday from both the team and the seniors, knowing that this will be their last UAA game. But our seniors have accomplished a lot in the four years that they’ve been here, so I also think it’s a nice ending to their UAA careers because they’ve left their marks on our program.”

The Maroons face off against the Bears Saturday at 1 p.m. at the Gerald Ratner Athletics Center.