Graduate Students United, But Not Organized 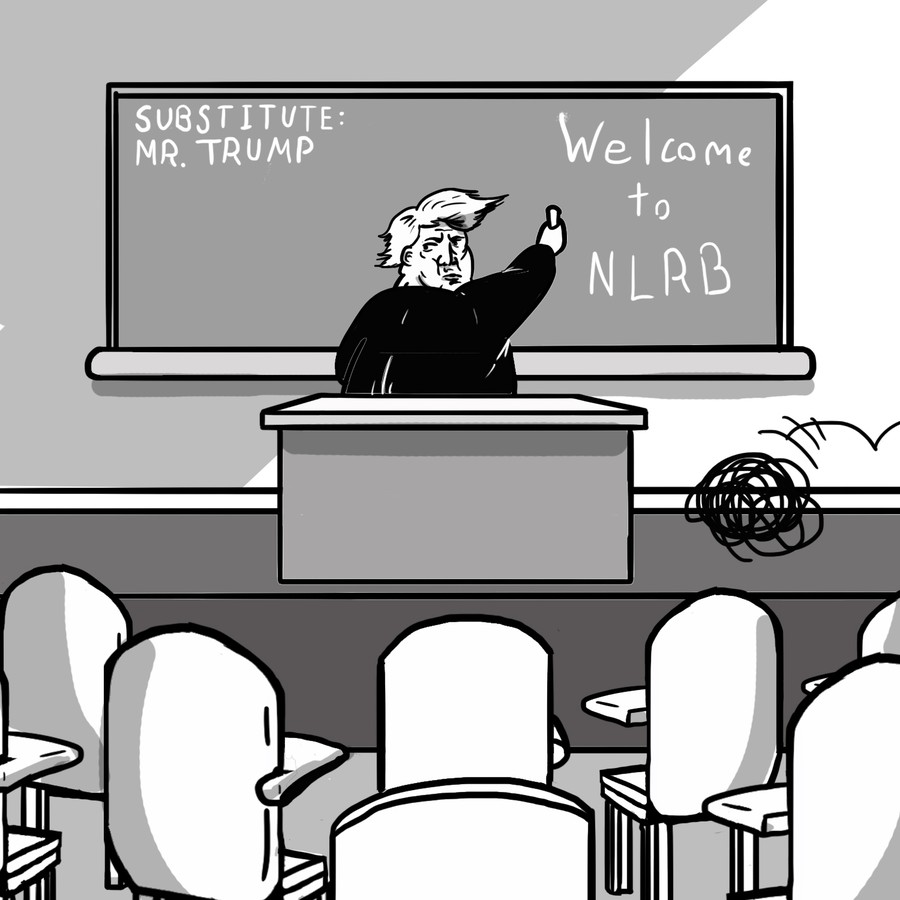 For those who may not read these pages regularly, UChicago Graduate Students United (GSU) decided on February 12 to withdraw its NLRB credentials. This marks an end, at least in the short-term, of efforts to form a federally recognized bargaining unit, efforts that began in 2016 with the NLRB’s Columbia decision that graduate students at private universities qualify as employees. In a recent blog post, GSU explained its reasons for withdrawing NLRB credentials. According to GSU, the current presidential administration is vehemently anti-union and the NLRB, the body responsible for adjudicating these disputes between workers and employers, is now stacked with Republican appointees.

The greatest fear expressed in this blog post and by the GSU officer I spoke with was that a loss in court could set a new legal precedent under which graduate students were no longer considered employees. The University of Chicago administration had recently filed for a review of the 2016 precedent, coinciding with the appointment of a new NLRB board member by the Trump administration. Altogether, these factors convinced GSU leadership that a court defense was naturally doomed and would jeopardize unionization efforts nationwide. Although one could reasonably argue that simply waiting for a Democratic-led NLRB that is more amenable to workers’ rights is not the best course of action, my misgivings with GSU’s decision are not necessarily with the reasoning behind it. Instead, I am more concerned with the decision-making process and the precedent it sets for GSU’s future efforts.

GSU first decided to rescind the union's recently attained NLRB credentials during a meeting on February 12. There was no notification or clear communication to members of the bargaining unit that such a serious vote was going to take place at this meeting. Subsequently, only a miniscule fraction of the 4,000-person bargaining unit and not even all of GSU’s officers attended the meeting. Less than 30 people were able to essentially reverse an election polling almost 2,000 people. That is surprisingly undemocratic for a union that has publicly and rightfully disparaged the undemocratic actions of the University administration at every possible turn. Although GSU had to quickly deal with a hostile national political environment in some way, its lack of consideration of the views of the entire bargaining unit is unacceptable.

Those who disapproved of unionization for fear of such disorganized and vacillating leadership are both vindicated and deeply troubled by these developments. Intentionally or otherwise, GSU leadership has set a troubling precedent where momentous changes are made so rapidly that even union officers can be left out of the final vote. The status of graduate students under the NLRB has changed numerous times throughout its history, and recently has wavered with the election of new presidential administrations depending upon party alignment. Donald Trump had been in office for nine months before the October 2017 union election had taken place. His largely anti-union stance was public knowledge, as was the fact that seats on the NLRB board were going to change during his tenure. GSU leadership was responsible for preparing the members of the bargaining unit for this inevitable outcome, and they outright failed.

This decision to rescind NLRB credentials is one of many cases in which GSU has, either intentionally or unintentionally, obfuscated important considerations about the process of unionization. For example, GSU leadership refused to attend a Graduate Council town hall about unionization that would have allowed GSU members and University representatives to discuss their grievances. Lack of transparency was also a major sticking point for my colleagues in the Biological Sciences Division (BSD) who considered themselves anti-union. Many BSD students were deeply concerned with the consequences of unionization, and were overwhelmingly disappointed with the early efforts by GSU to assuage these concerns.

GSU has yet to face any consequences for its continued lack of organization and transparency. The overwhelming support for pay increases and more robust benefits precipitated an emphatic victory for the unionization effort; this was a victory to which I and many other students were proud to contribute. That said, GSU leadership must undergo a significant transformation if it is to effectively advocate for the interests of the graduate student body going forward. It needs to provide a clear plan for unionization to members of the bargaining unit, including a detailed outline of how it will pursue bargaining with the University without NLRB credentials. More importantly, votes of great significance like the one held on February 12 must be left up to a unit-wide referendum similar to the one used to ratify the current GSU constitution. Four months after its momentous victory, GSU leadership must prove to the student body that it has made this transformation or it risks losing our trust entirely.

Daniel Moline is a second-year graduate student in the Biological Sciences Division.