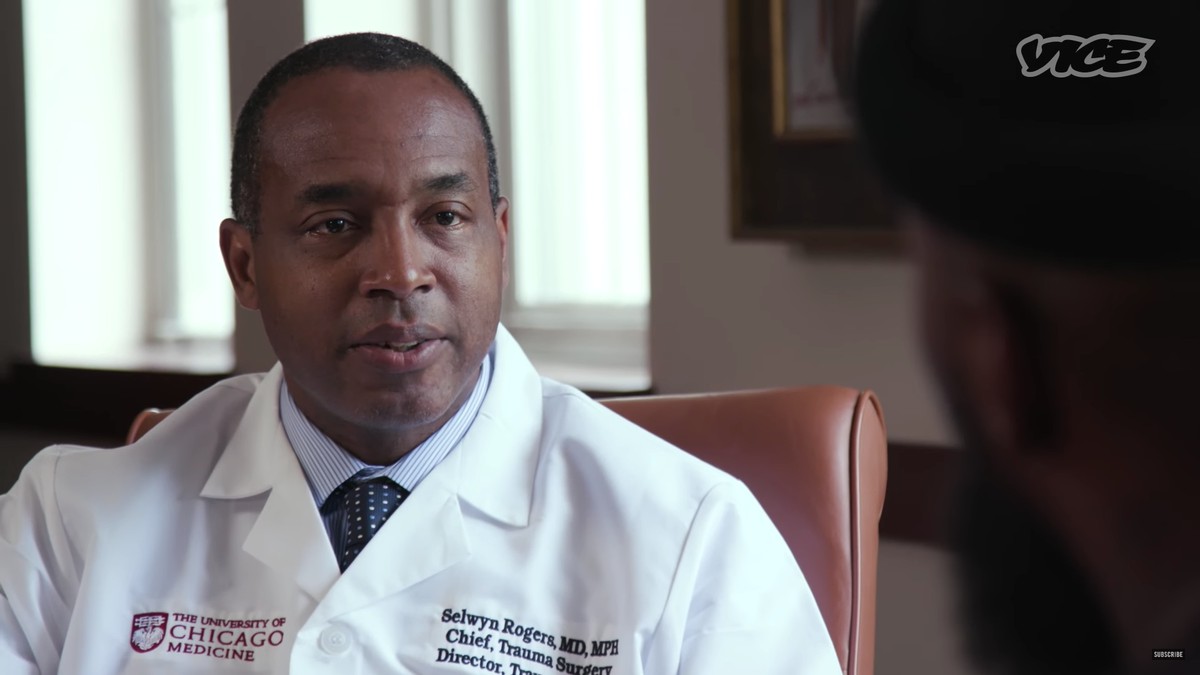 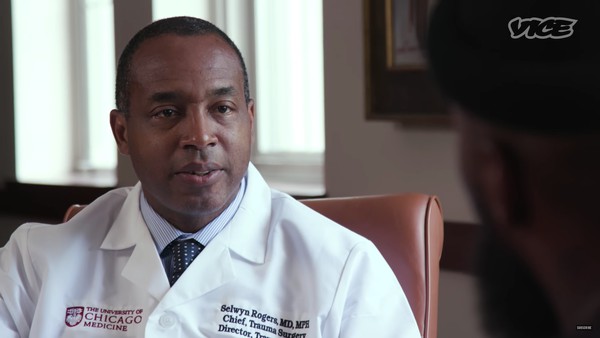 Trauma Director Selwyn Rogers is featured in a Vice segment about Ujimaa Medics, an organization that has been training young people to treat gunshot wounds on the street due, in part, to the lack of a trauma center on the South Side.

U of C can’t say it’ll ignore walk-out suspensions: As high-schoolers around the country participate in walk-outs for gun reform, dozens of universities have released statements saying they will not punish applicants for protest-related suspensions. Not the University of Chicago.

— The University’s social media accounts shared a statement about the protests on Saturday that reaffirmed its “longstanding principles of free expression” and expressed support for “students making their voices heard on this and other issues of national importance.” A spokesperson said the University was unable to offer further clarity on how admissions will factor suspensions.

Tensions over the Obama Center are ramping up, according to a feature by the Tribune, as residents of Washington Park, Hyde Park, Jackson Park and Woodlawn are trying to maximize the benefits they receive from the construction of the Center.

— Spotlight on race, class divides: Many residents worry that the development will cause rents to rise in surrounding neighborhoods, ultimately pricing out poor African-Americans from their communities. “They fear development will cater to elite, highly educated blacks while working-class families lose access to lakefront communities… Meanwhile, white Hyde Park residents have been accused of being silent about displacement, affordable housing and unemployment — while using their voices to save birds, butterflies and nature sanctuaries, or to object to longer commute times,” the story reads.

**Today: The Obama Foundation holds a community meeting at McCormick Place at 6:00 p.m., live-streamed at Obama.org.

Student designers, models, and performers brought down the house in the annual fashion show, hosted at the Geraghty.

March Primaries Special Report: What exactly does the Cook County Board of Commissioners actually do? Who is Jerry “Iceman” Butler? How are candidates J. B. Pritzker and Daniel Biss both tied to UChicago? What does an FBI wiretap have to do with this? And what does it all mean for paying rent in Hyde Park?

More than 400 signees, mostly undergraduates and faculty members, are supporting a petition Students Organizing United with Labor (SOUL) published last Tuesday. The petition argues for improved negotiations between the University and Faculty Forward, a bargaining unit on campus that represents non-tenure track faculty.

— SOUL Co-President Grace Croley: “The University isn’t going to concede anything if there isn’t anyone forcing them to do so...we wanted to build awareness among undergraduates...and support our teachers.”

— Faculty Forward member Dimitry Kondrashov: “We are not accusing the administration of not trying to reach an agreement, but it often seems, for example, that they’re not in a hurry, when we give them a proposal, to give us a counter-proposal back.”

— Rogers, asked why there hasn’t been a trauma center on the South Side for 25 years: “Not being here for the past 25 years—being new to the city—I think the answer comes back: ‘It’s complicated,’” he said, adding that the hospital has historically been capacity-constrained. “We’re in the process right now of building a new emergency department—that’s a $30 million investment—because the old [ED] was not capable of taking care of trauma patients. In many ways, the University of Chicago Medicine has pivoted to the community, listening to their concerns.”

In light of Graduate Students United's decision to withdraw its NLRB credentials, the Editorial Board again argues that the University's continued legal resistance to unionization is unhelpful.

Contributor Daniel Moline argues that Graduate Students United might have the best intentions, but its recent lack of transparency means it could soon lose the trust of campus.

Dissecting the unspoken nuances of free speech, contributor Matthew Andersson disagrees with Professor Jerry Coyne's rebuke of the Maroon Editorial Board for not taking a position on free speech.

Grad students on strike: A University of Illinois union representing around 2,700 graduate and teaching assistants called for a strike on Monday after negotiations to resolve a contract dispute collapsed over the weekend. Union members said that they would only end the strike when they receive an acceptable contract, according to the Tribune.

Reparations & No Bannon teach-in: Reparations at UChicago (RAUC) participated in a teach-in yesterday evening about the University’s contested relationship with slavery and the best way. One attendee claimed it was a “non-starter” to trace the University’s history back to 1856 and to ties with Stephen Douglas, but others argued that denying the relevancy of such history was representative of widespread historical whitewashing.

Two faculty members won the prestigious Sloan Research Fellowship, whichcomes with $65,000 in research funding. The fellowships are awarded annually by the Alfred P. Sloan Foundation to the most promising young researchers in the sciences. 126 researchers won the fellowship this year.

Philosopher and social critic, Cornel West spoke on systemic racism and oppression at a Divinity School discussion panel last Saturday. He argued that racism in America is “deeply rooted”, and that we’re desensitized towards it: “One of the problems with America is we deny the catastrophic, but we’re obsessed with the problematic.”