Report on Local Politics for the Maroon 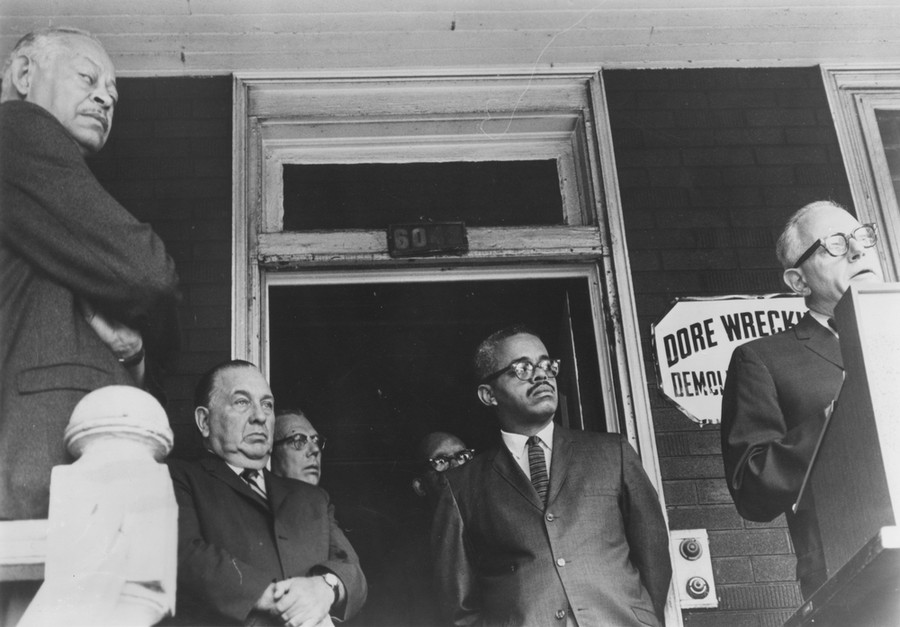 Claude Holman, alderman for the 4th Ward (far left), and Mayor Richard J. Daley (near left) listen to Julian Levi, the lead on the University's urban renewal efforts, at a news conference in 1966.

The retreat of local news outlets has left local politicians, candidates for office, and policy developments under-covered. In this context, the politics of Hyde Park and the surrounding neighborhoods—historically distinctive and impactful on the level of the city, state, and nation—present an opportunity for dedicated and enterprising reporting. The Maroon hopes to recruit reporters and editors to follow these stories, starting with lead-up to the primary on March 20, in which voters from Hyde Park on south down the lakefront will vote to replace long-time state representative and Illinois House majority leader Barbara Flynn Currie.

If you are interested in directing coverage and reporting stories on local politics for the Maroon, please apply here. These positions are open to Maroon staff and other University students. It represents a substantial time commitment. Candidates will be considered for editor and correspondent positions based on the strength of their applications. Applications close on Monday, February 19 (the deadline was extended to accomodate more submissions).