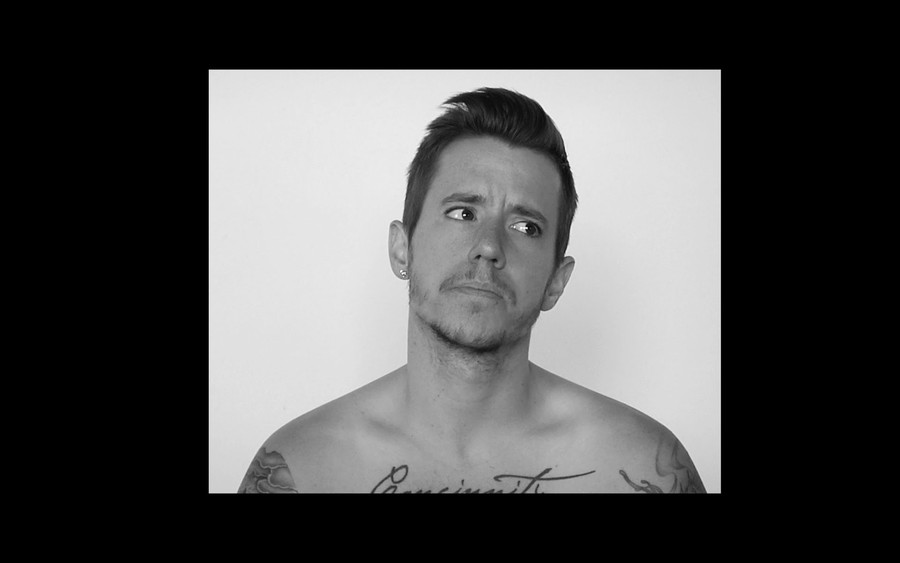 On February 1, the Film Studies Center hosted artist, scholar, and 2017 Lambda Literary Award Finalist Chase Joynt for a screening and discussion of several of his films.

The first was one of his latest films, Genderize (2016), in which Joynt interviews siblings Dexter, Madeleine, and Benton, aged 6,9, and 12 years respectively, encouraging them to share their pre-pubescent opinions on gender, puberty, and parents. Then, four years later, Joynt returns to re-ask those same questions, instigating a more mature discussion of gender fluidity and male privilege. Despite addressing serious issues of gender-based discrimination and violence, the short preserves the humour, mischief, and wisdom characteristic of children. The open, free-flowing conversation invites viewers to “genuinely listen to somebody without [their] opinion being present,” something Benton underscores as difficult but necessary.

The second film screened was I’m Yours (2012), featuring Canadian artist Nina Arsenault. In the film, Joynt and Arsenault express their frustrations with being interrogated by cis-gendered people who ask repetitive and often personally invasive questions about the two artists’ transgender experience. Black-and-white shots alternate between Joynt and Arsenault, providing sardonic answers like “For a while I identified as a witch; as a fairy; as a cyborg.” Although the questions are omitted from film, viewers easily infer the answers given, which expose the exasperating ubiquity of uninformed questions for and about transgender people.

Next, Joynt recounted another one of his past endeavours in Resisterectomy (2012), a multi-media project born out of his joint effort with University of British Columbia faculty member Mary Bryson. The work involved a 2013 installation at the Gray Center for Arts and Inquiry as well as a short film featuring Joynt and Bryson. The work explores the relationship between body and gender: after being diagnosed with breast cancer, Bryson had a double-mastectomy with no reconstructive surgery, while Joynt underwent the same operation, as well as a hysterectomy, as part of his transition. Resisterectomy puts their surgical experiences in dialogue to raise complications about the gendered body and its treatment by medical institutions.

Also in attendance was associate professor Kristen Schilt, a sociologist studying gender and its media representation. Schilt is currently collaborating with Joynt on a book and film, both based on the case studies of gender-non-conforming persons taken from the archives of sociologist Harold Garfinkel. The project is funded by the Mellon Fellowship, a program that prompts an artist and a scholar to engage in inquiry-driven collaboration. Attendees of Thursday’s event saw a preliminary screening of Joynt and Schilt’s film, Framing Agnes. The titular character is one who has reached epitomic status in transcultural and sociological canon, hailed as an icon who extracted gender-confirmation surgery from a resistant medical establishment. Agnes is also considered to have propagated the link between mendacity and transgenderism. The film features prominent transgender public figures including Zackary Drucker and Angelica Ross, whose own stories are interwoven with those of the characters they play. At the event’s conclusion, audience members were asked to share their impressions and give feedback on the rough-cut of Framing Agnes.

Thursday night’s event showcased Joynt’s strength as a comparative storyteller: he adroitly navigates the boundaries of genre to raise evocative questions and start meaningful discussions around the gendered body and its representation in contemporary media. In the future, Joynt hopes to further articulate the balanced interplay of historical and contemporary trans narratives, continuing to experiment with a form of dialectic that defines his oeuvre.

This event was co-sponsored by the Counter Cinema/Counter Media Project, which studies modes of cultural resistance against mainstream film and media, as well as the ways gender and sexuality play into political tensions within the media.