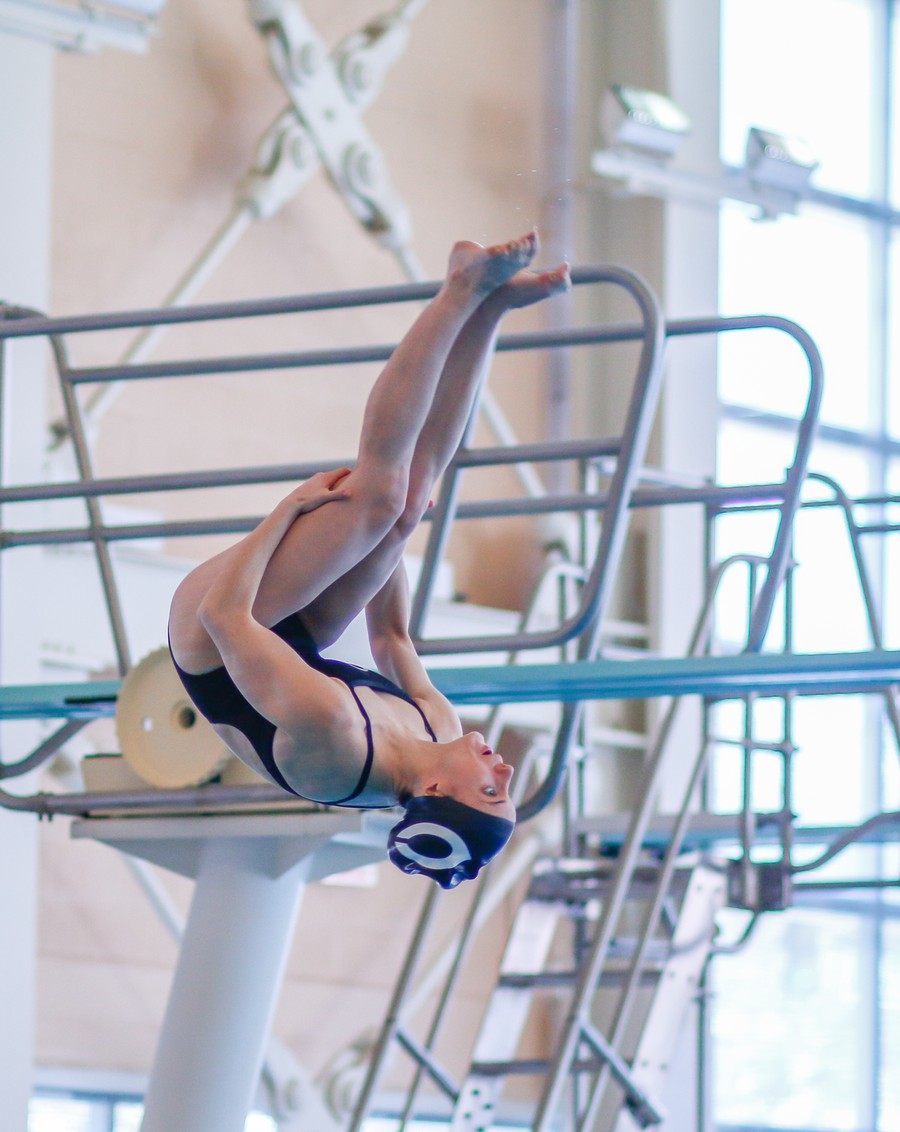 UChicago hosted the NCAA Diving Regional this past weekend, a two-day meet featuring four diving events: two male and two female. The Maroons were represented by two females, fourth-year Natalie DeMuro and third-year Anna Girlich. UChicago’s only diving qualifier for last year’s NCAA championship, second-year Agnes Lo, who finished third in both the one-meter and three-meter dives, did not participate for an unknown reason. On the men’s side, first-year Joseph Zhao shouldered the load for the Maroons, competing as the sole participant for the Maroon men. Each diver was given eleven total dives, with seven judges on hand to determine a point total for each diver. A noteworthy judge was Donna O’Brien, who judged every single dive that took place at the competition, while also serving as the main referee for the women’s events. Her commitment to judging was the standout performance among the judges at the competition.

The first day saw the men compete on the one-meter board while the women fought on the three-meter board. Over the course eleven dives, DeMuro finished with a total of 403.85 points, granting her seventh place out of 18 divers. Girlich finished slightly lower, with 372.20 points, which placed her in the upper end of the lower half of divers, in 11th place. Zhao struggled on the one-meter board, only scoring 340.10 points, which placed him in 25th place out of 27 divers. However, he is still a first-year, so he is still learning to compete at a collegiate level and will have plenty of opportunities to improve in the future.

The second and final day of the meet saw the events flip, with the women on the one-meter board and the men on the three-meter diving board. This event had 22 participants, with DeMuro grabbing another seventh-place finish with a total of 387.65 points. Girlich’s performance fell off slightly, as she scored 365.20 points, which gave her 13th place. Zhao improved on his day one performance, managing to finish 21st out of a 24-diver field, with a total of 365.05 points.

No UChicago diver managed to directly qualify for the NCAA Championship. However, DeMuro was unofficially selected as an alternate for the three-meter dive—meaning she might replace a qualifier who is unable to attend or participate for some reason. While overall, Maroon swimming and diving fans would have loved to see each diver qualify for the NCAA Championship, each diver gave it their best effort, which, at the end of the day, is what really counts.

The Maroon swimming and diving teams will have around two weeks to prepare for their final meet of the season, the NCAA DIII Championship, a four-day meet located in Indianapolis, IN.