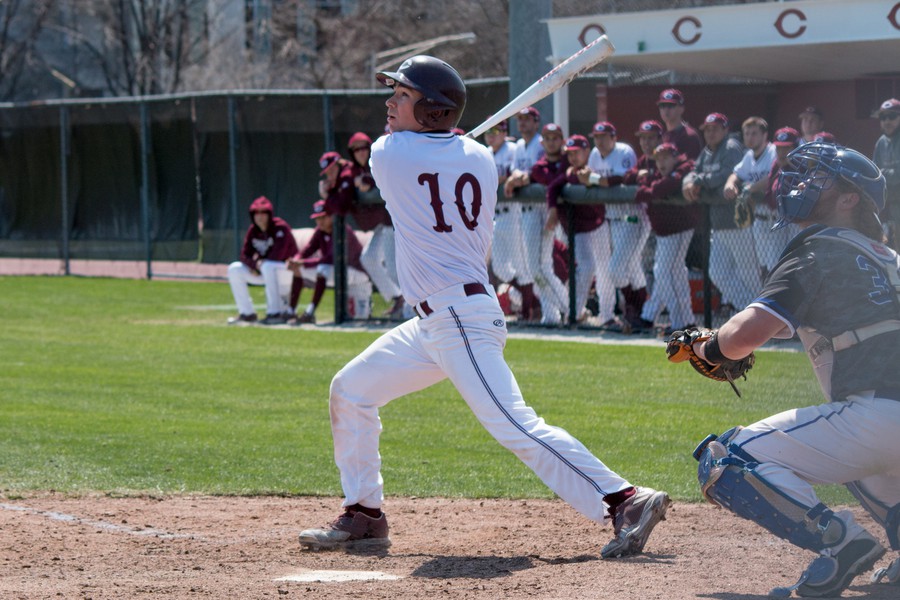 Third-year Connor Hickey taking a swing in a previous game.

For some undergrads on campus, the work continues even after finals are done. The UChicago baseball team will be going on their annual spring break trip, taking place this year in San Antonio and Austin, TX, along with three games in Terre Haute, IN at the start of the week. This year continues a tradition of the baseball team traveling over spring break, as they previously traveled to Florida in 2017 and Georgia in 2016.

The Maroons start their break in Terre Haute with one game against UW–Platteville, and a pair of games against Rose-Hulman. After arriving in Texas, they will be playing a total of five games, with one each against Mary Hardin-Baylor and Southwestern, and concluding with a three-game series against Texas Lutheran.

This year, the team has a pool of youthful talent to draw from, as over half the team members are first- or second-years, including 10 of the 16 pitchers. This trip will provide valuable experience for the underclassmen as the season ramps up.

The South Siders have had a mixed start to their season, losing their first three games to Dominican, Fontbonne and Dubuque, with the Dubuque game decided in extra innings.

However, they have found their footing in their last two games, trouncing Greenville and Grinnell thanks to strong offense that scored 15 and 16 runs, respectively, along with solid pitching from third-years Jacob Petersen and Joe Liberman, second-year Daniel Smith, and first-years Chandler Yu and David Clarke.

In light of these successes, first-year Zach Morochnik expressed optimism about the team’s prospects, stating that, “As a team, we gained a lot of confidence this past weekend after being able to bounce back from a tough opening weekend with two dominant wins. We feel like we've made improvements each game and are ready to continue that trend in Texas.”

Second-year catcher and second baseman Payton Jancsy echoed these sentiments, adding, “After a big win on Sunday, where we saw the whole line up contribute, we are really excited to head to Texas. While our first three games left us winless, we are starting to head in the right direction, beginning with our run production. Our coaches are always preaching to us that we have to battle during our at bats and the results are starting to show.”

The Maroons’ next set of games will be happening in Terre Haute, IN. The game against UW–Platteville takes place on Saturday, March 17 at 2 p.m. E.T., followed by a game against Rose-Hulman on the same day, at 5 p.m. E.T. They will be playing Rose-Hulman again the following day at 11 a.m. E.T.