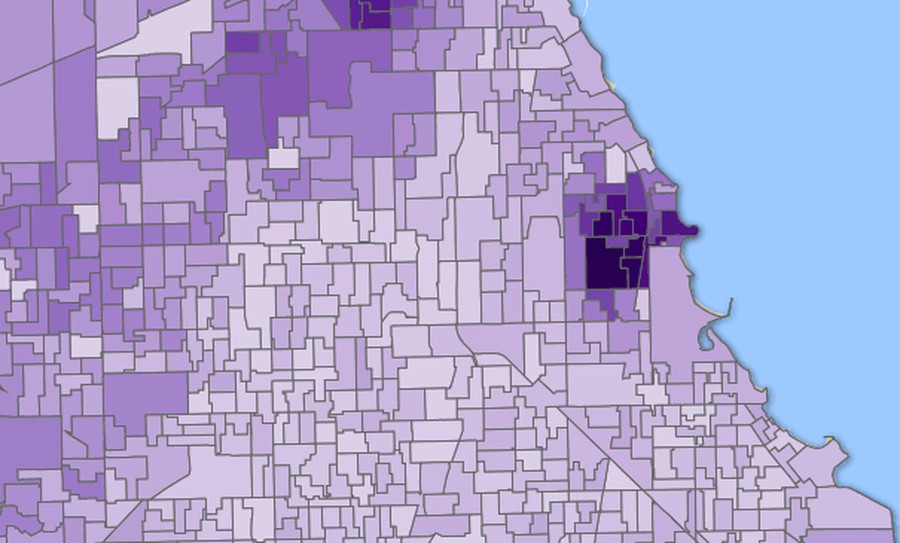 A precinct-level look at the results of Tuesday's closely-fought primary election suggests that progessive candidates could rely on support from Hyde Park voters, whether or not their campaigns were destined for success elsewhere.

Hyde Park has historically held a reputation for being a pocket of liberal opposition to Chicago's machine politics. It is also better off economically and more diverse (about half white, 30 percent black, and 12 percent Asian) than the mostly black neighborhoods surrounding it.

The much-hyped primary race for the democratic nomination for governor ended up with almost half of the votes going to J.B. Pritzker, a billionaire and philanthropist who spent nearly $70 million on his campaign. Kennedy scion Chris Kennedy and Daniel Biss, who ran to Pritzker's left as the race's "middle-class candidate," roughly split the other half of the Democratic electorate state-wide.

The result, however, was inverted in parts of Hyde Park, which gave Biss a majority while leaving Kennedy and Pritzker to pick up the scraps. Biss visited Hyde Park, where he had worked as a University of Chicago mathematics professor, several times over the course of the election, and sat down with the Maroon's editorial board earlier this month. Pritzker enjoyed strong support in the surrounding neighborhoods.

(The maps in this article are designed to show the intensity of support for each ballot option, and whether residents of each precinct supported it at a greater or lesser extent than the city overall. Precincts in grey have not reported results.)

(A tiny portion of Hyde Parkers opted to vote in the unexpectedly competitive race for the Republican nomination.)

Disapppointed progressives could look to better results in local races for comfort. Cook County Democratic Party chair and Cook County Assessor Joe Berrios, whose office had been accused of overestimating real estate taxes in a way that systematically disadvantages less well-off homeowners, was defeated by Fritz Kaegi in his reelection bid. Kaegi anchored his politics in his childhood in Hyde Park during an "exciting time to be in a hotbed of progressive activism." Three Hyde Park precincts gave him his highest portions of support.

Cook County Board president Toni Preckwinkle, who entered politics as an alderman representing parts of Hyde park and points north, still enjoys support in the area—nine of the 10 best results in her run for reelection, which came in the context of the blowback over a tax on sugary beverages she backed, came from the 5th Ward.

Hyde Park's state senator, Kwame Raoul, commanded strong support from his lakeside district in his successful bid for the Democratic nomination for Attorney General. Raoul's result in Hyde Park was dampened by support for Sharon Fairley, who netted endorsements from the Sun-Times and Tribune. Fairley is a lecturer at the University's Law School. Former governor Pat Quinn, who doubled Fairley's result statewide and came within a few points of Raoul, substantially underperformed in Hyde Park.

The retirement of two long-time incumbents opened up competitive races for the 25th District representative in the Illinois House and the 3rd District Cook County commissioner. In the 25th District race Hyde Park generally opted to support ex-University of Chicago administrator Grace Chan McKibben and Adrienne Irmer, who was endorsed by 5th Ward alderman Leslie Hairston. Both Irmer and Chan McKibben were confidently bested by microbrewery-owner and lawyer Curtis Tarver.

Flynn Rush, the son of South Side congressman Bobby Rush, came in second place overall but ran up substantial deficits in Hyde Park and the southern end of the district.

Hyde Park voters did better picking the winner for the scorpion-esque 3rd District Cook County commissioner race, providing rare majorities for Bill Lowry, the winner in a seven-candidate field. He earned about 33 percent of the vote overall.

A few other issues were on the ballot Tuesday. Voters in Hyde Park and the surrounding areas strongly backed the widely popular non-binding referendum on marijuana legalization.

A handful of precincts across the city held similarly non-binding referenda on rent control that had been pushed onto the ballot by petitions circulated by affordable housing campaigners. Voters in five Kenwood and Kenwood-adjacent precincts and two East Hyde Park precincts all overwhelmingly favored the measure.