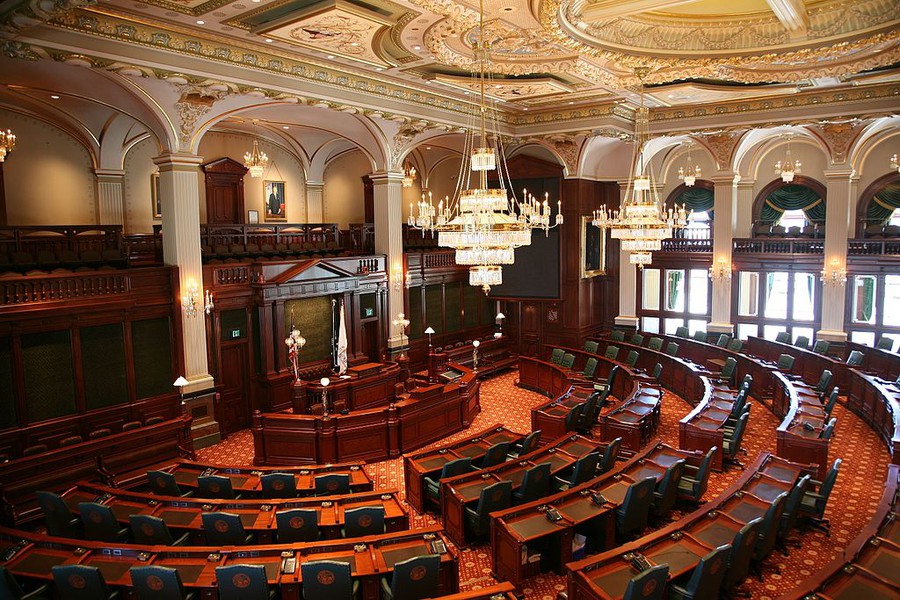 The chambers of the Illinois House of Representatives, which is considering its policies on sexual harassment as its leader faces a flurry of accusations against his office.

Good morning. Early voting for the 2018 primary election for governor and other state and local offices begins March 5 and ends March 19. The closest early voting site to UChicago is the Bessie Coleman Library at 731 E 63rd St. (Located adjacent to the Cottage Grove Green Line CTA station). Beginning March 5, early voting sites are open Monday thru Saturday from 9 a.m.–5 p.m. (closing time extended to 7 p.m. on March  12–16) and Sundays from 10 a.m.–4 p.m. Check out UCDI’s 2018 primary election guide to learn how to vote and see who is on the Democratic ballot and Republican ballot.

*Our research process involves searching for press releases from the election acted representatives, Google News stories, and any Twitter and Facebook posts. If no information is displayed in the Citizen Bulletin, then our research process turned up nothing new from this past week.