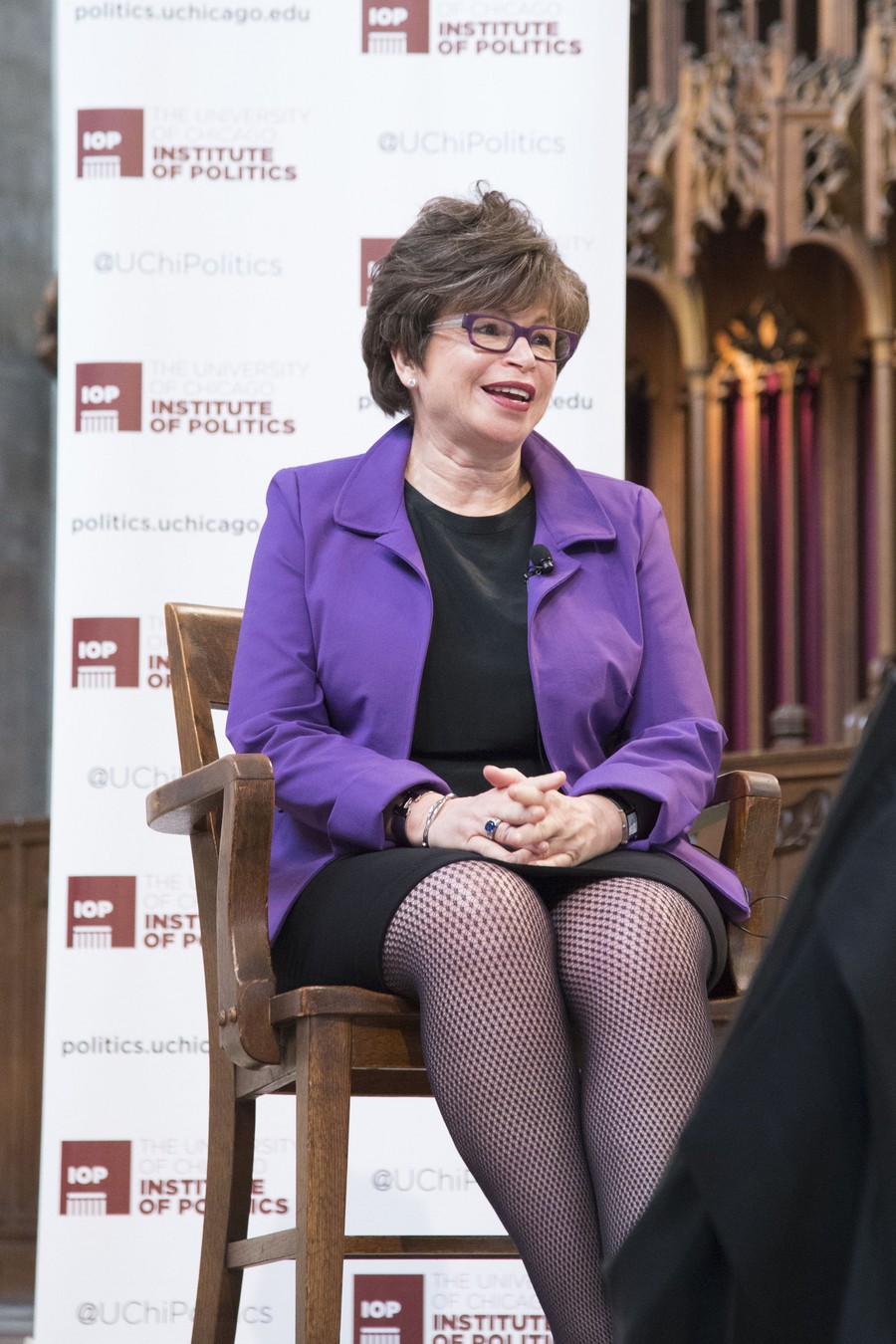 Jarrett is a distinguished senior fellow at the UChicago Law School. Later this year, Jarrett will be the 2018 Class Day speaker.

Jarrett spoke about her experience working in the White House and praised Obama for his leadership qualities. “Sometimes people think he’s just a nice guy, but he has a terrific temperament and demeanor for the job. He’s capable of making really hard decisions.”

While commenting on the Trump administration’s revocation of numerous Obama-era policies, Jarrett stated, “What troubles me as I travel around the country is how many people are really worried and scared who are going to benefit from many of the policies and legislation that we put in place.”

Jarrett said that although the Affordable Care Act, controversial health care legislation signed by Obama, is not perfect, she emphasized that compromise and cooperation is necessary in politics. “When we had the baton, we did the best we could,” she said. “You can’t let perfect be the enemy of the good.”

When asked to comment on the Trump administration, Jarrett said she believes that the current reactionary political climate will only prove temporary. “I also take the long view. Our democracy has never been easy. It’s always had periods of chaos,” she said. Despite this optimistic perspective, Jarrett said that the Democratic Party still has areas in which it can improve. “We have to appeal broadly in this country to parties that are close to one another.”

Jarrett grew up in Hyde Park and graduated from UChicago’s Laboratory Schools. Prior to her Chicago upbringing, her parents’ careers brought her to Iran and the U.K. Jarrett mentioned that her unorthodox upbringing and supportive parents gave her a safety net and allowed her to take risks.

Jarrett’s father, James Bowman, taught at UChicago’s Pritzker School of Medicine for nearly 30 years and served as a professor of pathology and genetics. Her mother, Barbara Bowman, is a prominent expert on childhood education and co-founder of the Erikson Institute, a graduate school for childhood education in Chicago.

After receiving a J.D. from the University of Michigan, Jarrett faced the obstacle of balancing her family life as a single mother with her career ambitions. “I feel as though I was one of the fortunate ones, but if you were to ask me twenty years ago, I would say I was holding on by my fingertips.” Although her job as a lawyer offered numerous benefits, such as extended leave, Jarrett emphasized that maternity benefits are a privilege uncommon to many industries. “Imagine working women who are on a shift and their employers don’t care if their child is sick or they’re sick,” she said.

See the full discussion on the IOP’s YouTube channel.

Jarrett is a former White House Senior Advisor and currently serves as an adviser to the Obama Foundation.