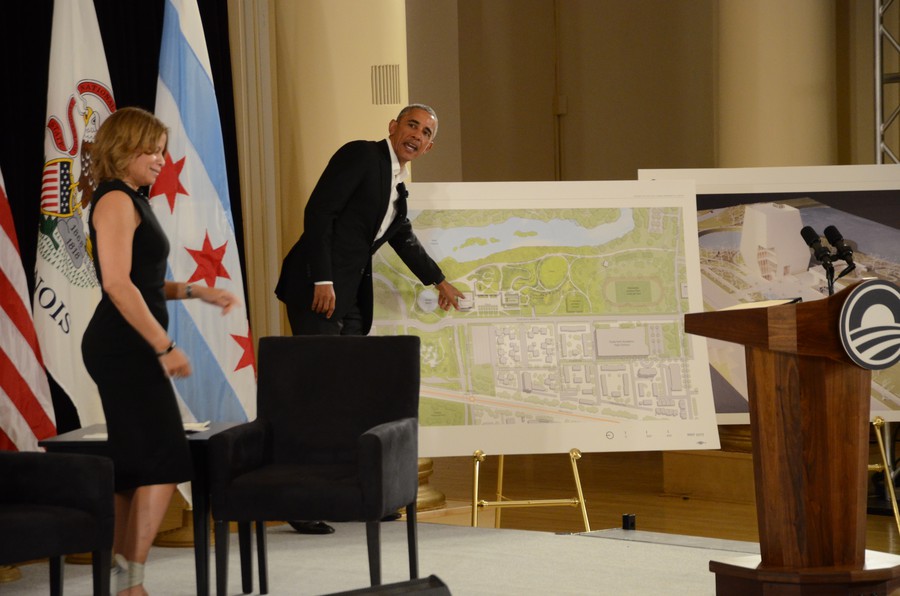 President Obama points to plans for the Center, scheduled to finish construction in Jackson Park within four years.

The University has donated over $100,000 to the Obama Foundation, according to a list of contributors updated two weeks ago. This is the University’s first financial donation to the foundation.

While this is the University’s first time donating money to the Obama Foundation, it is not the beginning of its involvement with the group. The Foundation’s headquarters are located in Harper Court in a University-owned building. In addition, the Foundation and the Harris School announced last month that a new master’s program will be run jointly by the two parties.

The Foundation’s plans for the Obama Presidential Center in Jackson Park, which are currently under federal review, have been a topic of debate on campus in recent months, including during a symposium hosted in Kent Hall on the Center’s impact on the community.