J. Cole Preaches More Than He Teaches on "KOD" 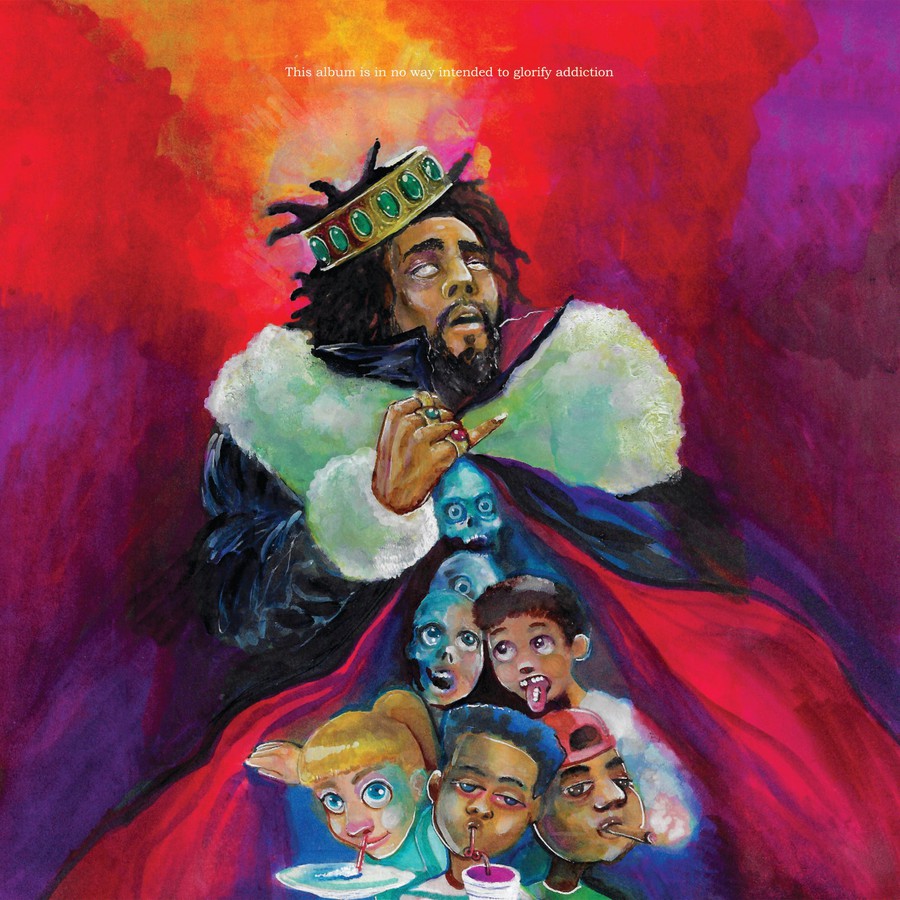 It’s been more than a year since J. Cole dropped his last album, 4 Your Eyez Only, which, though disappointing, had its moments in songs such as “Neighbours.” While his newest project, KOD, does not have the same youthful exuberance and energy as his most well-received album, 2014 Forest Hill Drive, it does highlight his excellent narration ability and his role as a conscious rapper.

Much of the criticism against Cole draws from the often heavy-handed lessons he tries to spout. His critics decry his holier-than-thou attitude and sometimes misinformed preaching (his hit “No Role Models,” for example, turns regressive ideas of women into a moral struggle for Cole). In his new album KOD, Cole turns toward a more serious issue: the drug abuse prevalent in his community—which other rappers often glorify. Functionally, KOD is an anti-drug PSA.

The very first song after the intro, the titular track “KOD,” does not begin as one would expect from an album about the dangers of drug abuse. In this song, Cole raps from the point of view of a drug dealer, speaking about substance abuse (“Yeah, at this shit daily, sipped so much Actavis/ I convinced Actavis that they should pay me”). Cole comes out with an undeniable swagger in his flow, which is combined with a trap flavored beat to make it catchy.

But J. Cole does not make songs just to rank high on the charts. Instead, he imbues his songs with lessons. For the seriousness of his subject matter, a conscious rapper would be expected to approach his songs with more nuance. But oftentimes, Cole's world is too black and white in the service of proving his point.

Separately, his arguments make sense, but together his lessons come off as ignorant and overly simplistic. For example, throughout the album he refuses to distinguish between the range of dangers of different drugs and instead mixes the less serious marijuana use with the abuse of lean. This lack of nuance is also seen in “Once an Addict (Interlude)” when Cole refuses to provide context for his mother’s addiction and instead focuses on his response to it (“Little did I know how deep her sadness would go/ Lookin' back, I wish I woulda did more instead of runnin'"). Although this track gives context for his perspectives on addiction, the way he mentions no redeemable qualities when portraying his mother—who raised him and his brother alone—is heartless.

In his ninth track “Friends,” Cole attempts to find a solution for addiction: meditation. While meditation might have health benefits, this simplistic approach ignores the fact that drug abuse is a complex problem and is hard to overcome without support from others. This reductive solution negates the importance of the narrative that he has previously built.

A review of KOD would be incomplete without looking at the conflict between new wave rappers and J. Cole. Throughout the album, Cole pays tribute to legends of hip-hop through the electronic voice on “Intro,” evoking the A Tribe Called Quest album Midnight Marauders, or through his interpolating hook “We Don’t Care,” reminiscent of Kanye West. The final track “1985 (Intro to The Fall Off)” is a response to Lil Pump’s unreleased diss track surfaced online titled “Fuck J. Cole.” Here, Cole adopts a mentoring tone to help guide some of the new rappers. Cole’s clever language displays how quality rap is always going to be appreciated, even as trends in hip-hop change.

Even with some solid songs, KOD must be judged as a work from a conscious rapper, and is thus a flawed project. Although the individual songs hold up well, the weaknesses of his arguments can’t be ignored. The album is held back by Cole’s lack of nuance, ultimately weakening his message. Still, it is a commercial success, breaking streaming records on Apple Music (64.5 million streams) and Spotify (36.7 million streams), and Cole looks likely to add to his streak of platinum records. Catchy and wise despite its faults, KOD is certainly worth a listen.