University to Demolish One of Thirteen Remaining Residential Properties 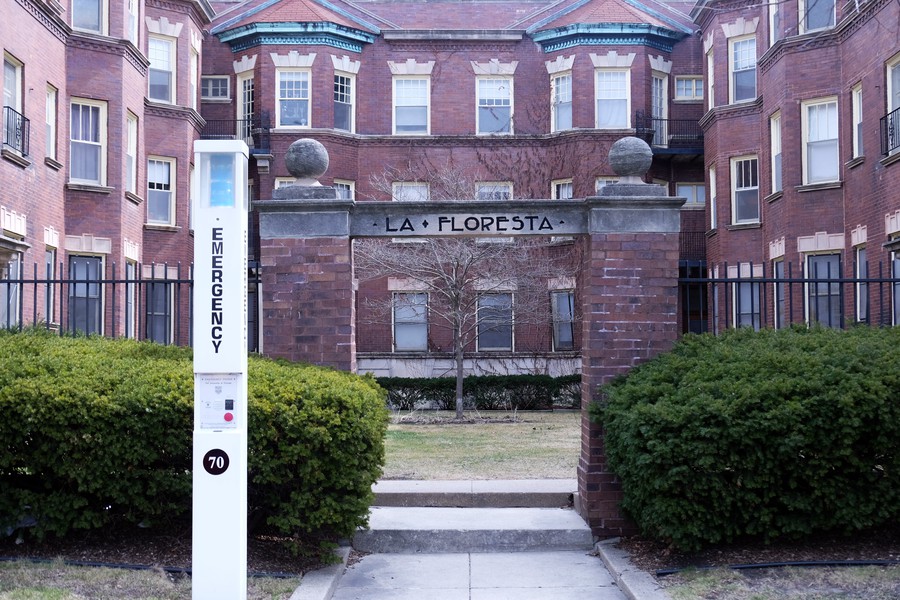 You can listen to the podcast version of this story, by Quinn Kane, on iTunes and Spotify.

Over the last several years, property values have skyrocketed in Hyde Park. Rent prices reached new highs in 2016, forcing some longtime residents to seek housing in other neighborhoods.

The University holds real estate throughout Hyde Park and has reaped the rewards of increased market values by selling some of its holdings in the profitable area north of the Midway, including former dorms Broadview, Blackstone, and Maclean. At the same time, the University has responded to the area’s change with marked expansion south of the Midway, where properties are still relatively cheap. This area will soon house the Rubenstein Forum, Woodlawn Commons, and the Keller Center.

Each time they’ve moved, Jimmy Heald says he and his wife have told themselves, “Never again, never again. We like this place and we don’t want to go through this process again.”

Yet, since 2011, the Healds have moved three times within the Residential Properties system. Twice, they were told within a year of moving in that the building would soon be evacuated.

Despite moving often, the Healds continue to seek out Residential Properties because they can count on affordable, safe housing with a responsive staff.

Residents like Jimmy Heald also appreciate these properties for their safety. Many of the Residential Properties have a “blue light” emergency tower within feet of the entrance. When there isn’t a blue light at the entrance, there’s one at the nearest street corner. Some buildings also have security guards at the door.

Jimmy Heald also stressed that Residential Properties has a very responsive staff. Jimmy has lived in other buildings rented out by private companies, and says that “on average, the University has been a better landlord.”

James Hennessy, the University’s associate vice president for commercial real estate at the time, explained that the sale in 2015 demonstrated that “the real estate market in the areas surrounding campus is now strong enough to attract a number of potential investors.” The University bought many of these properties during the Great Recession, and withheld selling the buildings until 2015 as real estate market values increased. With the sale of 21 properties in 2015, the University created a resources page on its graduate student website to help graduate students find housing. 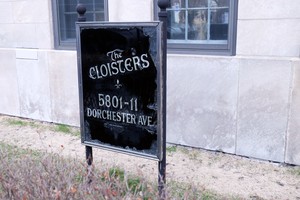 The University has owned The Cloisters building since 1928.

The Healds lived in an apartment building on the southeast corner of Woodlawn Avenue and 60th Street from 2010 to 2011. In 2011, the University notified all residents that they would have to evacuate the building. The University later demolished the building because “maintaining the quality of life for residents there would have required a multi-million-dollar overhaul that would have displaced residents, at a cost far greater than the value of the building,” according to Steve Kloehn, associate vice president for news and public affairs at the time.

Where this building once stood is now a vacant lot, with plans to become the site of the University’s Rubenstein Forum.

The fate of the building on 60th Street and Woodlawn Avenue highlights how the University has directly displaced staff and graduate students in Hyde Park by expanding its facilities, especially those south of the Midway.

The University will once again displace residents, this time in the Healds’ current building. University spokesperson Marielle Sainvilus confirmed that the building will be demolished in the near future, and that residents will have to leave by June 30. The Maroon also previously received anonymous tips that residents would be forced to leave.

At the time The Maroon spoke with Jimmy, he was not aware of any official evacuation notice but was concerned by remarks from other residents that the building would soon be evacuated. Jimmy Heald’s neighbor, Thomas Dannenhoffer-Lafage, said that he has received a letter informing him that he would have to leave the building.

Dannenhoffer-Lafage is convinced that the Keller Center, which directly abuts his building and is currently being renovated, is the cause for his building’s evacuation. The building lies within one of the areas the University has recently sought to expand upon the most, just a block from the future Rubenstein Forum and Woodlawn Commons.

Graduate students and staff once had 48 residential properties to choose from. With the closing of the Healds’ building, only 12 remain. This has pushed a huge number of residents to abandon the Residential Properties system, despite its affordability.

Until recently, a statement on the Residential Properties website read: “Consider renting one of the over 1,500 units owned and managed by The University of Chicago, a responsive landlord committed to providing safe and comfortable housing.” While residents have described Residential Properties as responsive, safe, and comfortable, there are issues with how this service is being represented.

First, Residential Properties’ website previously purported that there are “over 1,500 units” available. However, there are only 496 units, excluding the 24 units in Jimmy’s building. Over the course of this article, the University updated the figure to now say “over 500 units.” The University reports 97 percent of these units are currently full.

Second, Jimmy felt that the University may not be fully “committed” to serving its graduate students and staff with the Residential Properties service. Though Jimmy feels that the University has been generous in the short term by charging low rent, he says that he “can see that the decisions they’ve made are part of a long-term plan.”

Many of the University’s graduate schools tout Residential Properties on their websites as an appealing option for prospective students. The Law School’s website even cites the erroneous figure of “over 1,500 units.” The Divinity School’s website displays an outdated map of Residential Properties with locations that the University no longer owns. The School of Social Service Administration’s website describes the private housing market as “tight” while claiming that the University offers “numerous apartment buildings located around and within the campus area.”

On top of the decrease in Residential Properties, the University also removed graduate students from International House in 2016, and additionally closed New Graduate Residence Hall, which housed undergraduates, after the spring of 2016.