"Tully" Celebrates Motherhood and All Its Wrinkles 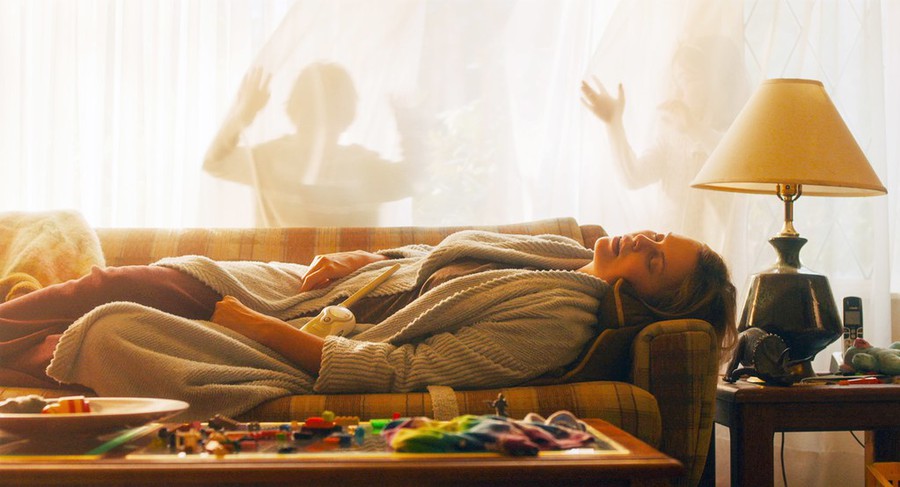 The “pregnant glow” is the biggest lie in the history of pregnancy—at least, according to Jason Reitman’s new film, Tully.  In the film, Charlize Theron plays Marlo, a pregnant mother of two who is not glowing so much as sweating profusely. Tully is blunt and juxtaposes beautiful moments of motherly love with moments of anxiety that demonstrate the dark underside of parenting: the late nights, car ride tantrums, and judgement from strangers that build up like plaque on seldom-washed teeth. Marlo’s brother (Mark Duplass), a wealthy, eccentric yuppie, gifts Marlo and her husband with a night nurse to give the couple relief at night in the early months following the birth of their third child. After some hesitation, Marlo gives in and hires Tully (Mackenzie Davis), a young, enigmatic twenty-something whose peculiar sagacity is at once off-putting and comforting.

The relationship between Marlo and Tully is the basis of the film and is notable for its nuance, something for which writer Diablo Cody should be praised.  However, the truly exceptional aspect of the film is its willingness to portray aspects of motherhood and womanhood that are often glossed over in a way that is both painful to watch and beautiful in its honesty. After a long day spent dealing with her children’s school principal, enduring a run-in with an ex, and facing judgement from a stranger over her choice of whole milk in coffee, Marlo plops down at the kitchen table and takes her shirt off.  “Mommy, why is your body so weird?” her daughter asks. Indeed, Marlo’s stomach does not feature the postpartum washboard abs of Beyoncé or Kylie Jenner. Mothers everywhere will surely rejoice to see Theron, herself a model and former purveyor of unachievable beauty standards in her J’Adore Dior perfume campaign, show off a stomach that is neither toned nor free of stretch marks.

There is beauty in Marlo’s strength, but there is also beauty in her vulnerability. Both demonstrate the strain of grappling with one’s role as a mother of three and as a woman in a society with constraining beauty standards. Herein lies Tully’s power it does not shirk away from moments of ‘weakness’ that women are pressured to hide—a diaper peeks out of Marlo’s hospital gown on the day she gives birth; she gets out of the car and screams after failing to stop the screams of her newborn.

The Bechdel test, created by writer Alison Bechdel, asks that for a film to pass the test, “(1) it has to have at least two women in it, who (2) who talk to each other, about (3) something besides a man.” I like to think Bechdel would enjoy this film, which focuses on the relationship between the jaded Marlo and the younger, more naïve Tully. When Tully first arrives, the camera pans across her abs and lean physique in a tight shot. Marlo is clearly uncomfortable with Tully’s youth and sexuality, which contrasts with the scene in which her daughter points out her stomach. However, Tully and Marlo’s relationship evolves to one of codependency.  During one late night, Tully asks Marlo if a ship which is slowly rebuilt, one piece at a time, is still the same ship once every part is replaced.  Another night, Marlo gives Tully advice about her multiple relationships, laughing ruefully at her youthful abandon.

Without giving away the major twist waiting like a pot of gold at the end of Tully’s rainbow, let’s just say that Tully carries on the legacy of magic realism created by films like Fight Club and Big.  It is at first beautifully understated, but upon further reflection, is a monumental film for what it does: It asks how a woman can hold on to her identity in a world which dictates that she must lose it order to be a good mother.