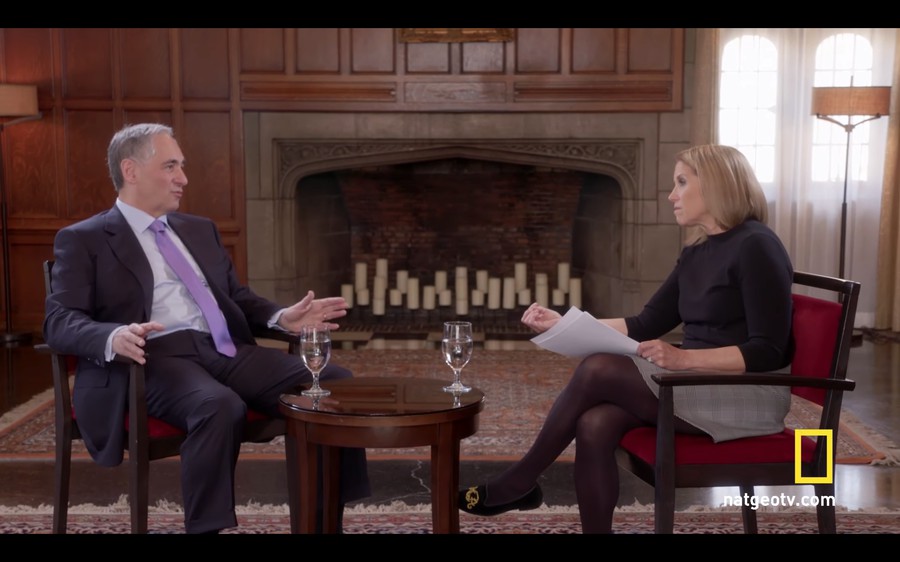 The episode, titled “The Age of Outrage,” is part of Couric’s new documentary series, America Inside Out. The series is marketed as addressing issues of “political correctness” that divide Americans. It defines terms like “microaggression” and “safe space.”

“You wonder whether we’re raising kids that, any time they hear a question or they encounter a viewpoint that doesn’t dovetail perfectly with what they want the world to be…that just sends them into a fetal position,” Bruni said.

Couric also spoke to Morton Schapiro, president of Northwestern University, about his encouragement of “safe spaces” at Northwestern.

“It’s when you feel safe that you have some of the most important transformative discussions—at least, I do, when I’m in my safe spaces,” Schapiro said.

When she sat down with Zimmer, Couric pointed out the sharp divergence in free speech philosophies at UChicago and Northwestern, whose campuses sit only a few miles apart.

“Morty Schapiro would probably say to you, ‘You have to be comfortable to engage in uncomfortable learning,’” Couric said.

Zimmer said that the job of educators—to teach students how to think and deal with challenge—inevitably makes students uncomfortable.

Fourth-year Matthew Foldi, president of College Republicans, was also interviewed for the episode.

Foldi defended Zimmer’s views on free speech. “If you spend four years in a college just hearing things that you agree with, what have you actually gotten out of the experience?” Foldi asked.