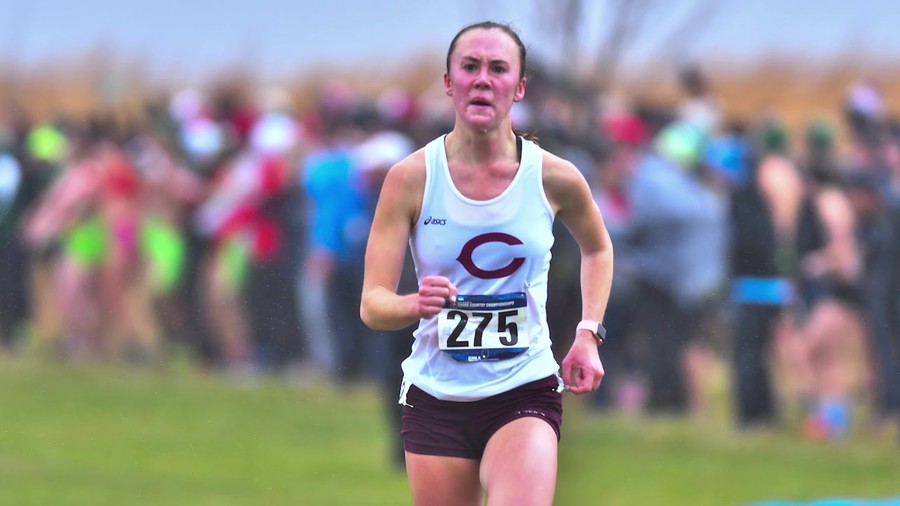 Fourth-year Khia Kurtenbach keeps her eye on the finish line as she sprints ahead of the rest of her competitors.

Cross country and track and field athlete Khia Kurtenbach will graduate as one of the most accomplished athletes to ever attend UChicago. This year, she made her mark on the athletic community by becoming a cross country national champion in the 6K with a time of 20:39.2, only the second athlete in UChicago history to do so. In addition to being the fastest woman in cross country in all of DIII, she qualified for the track and field NCAA championships in the outdoor 5,000 meters and the outdoor 10,000 meters, and will compete this coming weekend.

Kurtenbach’s accomplishments are staggering, but her leadership and complete support of her teammates should also be recognized. Her highly anticipated last NCAA championship of her athletic career will occur with her team right beside her. Not only is Kurtenbach the Maroon Female Athlete of the Year, but she is one of the greatest and most accomplished athletes in Maroon history.