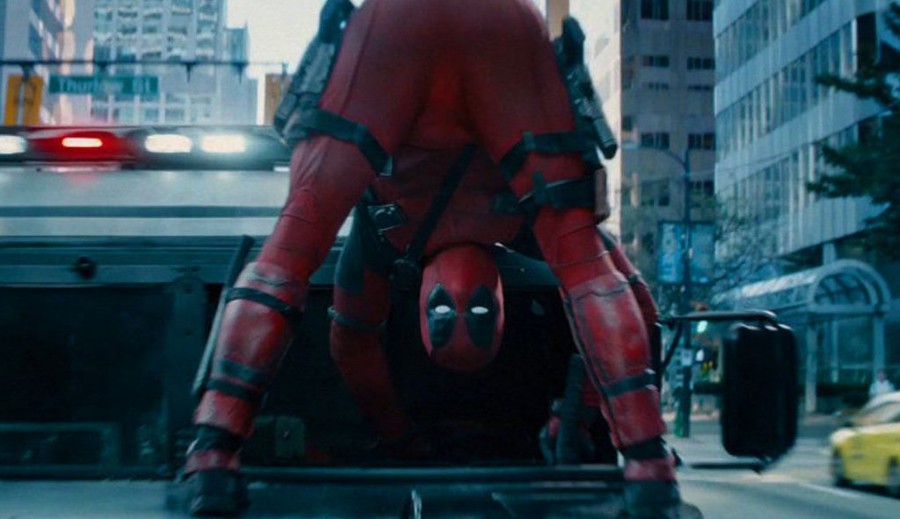 Say what you will about the campy comic book movies of the ’90s—they were bad, undoubtedly—but those movies had a sense of awareness lacking in most of their modern counterparts. After the success of darker superhero movies in the 2000s, the genre as a whole seemed to realize that audiences have a stronger suspension of disbelief than expected—strong enough for them to keep a straight face while watching Oscar-worthy scenes about brooding men dressed in tights.

Deadpool 2, like its predecessor, is a refreshing antidote to this strand of self-important comic book movies. It points out the tropes and silliness that underlie this new wave of comic book movies, stretching the viewer’s suspension of disbelief as far as it will go and then chastising them for it. Filled with references to popular and obscure characters, fourth-wall breaks, and plenty of gory action, this much-awaited sequel will please fans of the genre.

The plot centers around Deadpool (Ryan Reynolds) as he tries to protect a superpowered kid (Julian Dennison) from a time-traveling cyborg called Cable (Josh Brolin), who is out to kill him. If that sounds ridiculous and derivative, that’s because it is. But more importantly, the movie knows its plot is ridiculous and never lets you forget it; the writers almost never miss a chance to lampshade over-the-top moments with witty dialogue from Deadpool about their exaggerated nature.

Contrary to the first Deadpool, however, Deadpool 2 also includes some unironically touching scenes to help round out the characters. In particular, one scene near the beginning carries a surprising amount of emotional heft. For some, this might feel out of place in an action-comedy, but these scenes helped keep me invested in what was happening on screen. The engaging action of the film also sustained my attention, which is unsurprising considering the director is part of the duo behind the *ohn Wick movies, an action-packed thriller series.

Because of this touch of drama, the characters in Deadpool 2 are more engaging and interesting than they were in Deadpool. As anyone who’s seen the ingenious marketing behind this film already knows, Ryan Reynolds was born for the role of Wade Wilson (Deadpool). His comedic timing is always on point and he gives his all to the few truly dramatic scenes; you can tell he’s having a blast making it. The drama in this one also made Reynolds’s character more than simply a vehicle for delivering comic book and film references to the audience. This is particularly evident in his legitimately touching relationship with the child character, whose anger and frustration is portrayed excellently by Julian Dennison, known for his role in Hunt for the Wilderpeople.

Josh Brolin is a similarly great fit for the role of Cable, the film’s antagonist. Of course, he has a tragic backstory and a somewhat dignified reason for wanting Deadpool’s protégé dead, but he shines as the perfect straight-man to Deadpool’s silliness. He is exactly what would happen if you throw serious, Terminator-style cyborg assassin tropes at a character who could identify and mock them. Cable is always angry, often frustrated, and unflinchingly dedicated to his storyline; all of which makes for some truly hilarious exchanges between the two. With Avengers and now Deadpool, both in one month, Brolin deserves all the praise he’s been receiving for both roles.

It is lucky that the production of Deadpool 2 is so strong; these kinds of meta-comedies run the risk of getting old quickly when executed poorly, a fact which made me nervous about this movie going in. Luckily, most of the jokes in this movie land and the ones that don’t are quickly forgotten—I never found myself cringing at any attempts at comedy. It does have a little of that Big Bang Theory-esque humor of which the first movie was full, often simply naming something well-known or trendy and expecting the audience to laugh. That said, most of the in-your-face references to external media are prompted by one of the straight-faced characters and are quite funny.

Overall, Deadpool 2 is a lot like Deadpool, just better. This one makes use of a higher budget to tell a story that is more engaging because its has more developed characters, more comedic moments, and more action thanks to the director’s skillfully done fight sequences. No comedy will be equally funny to everyone, however, so if you can’t tolerate meta-humor, then stay away from this one. And while those with a passing interest in superhero movies will likely also find a lot to like in Deadpool 2, those who dislike the genre will get very little out of its self-referential humor. At a time when just about everyone in the world seems to be watching superhero movies, I have a feeling that most people will enjoy it. Let’s hope it doesn’t get old too soon.