The Second City Brings Politics and Hysterics to Campus

Second City came to campus on Friday to a lively audience of University students. 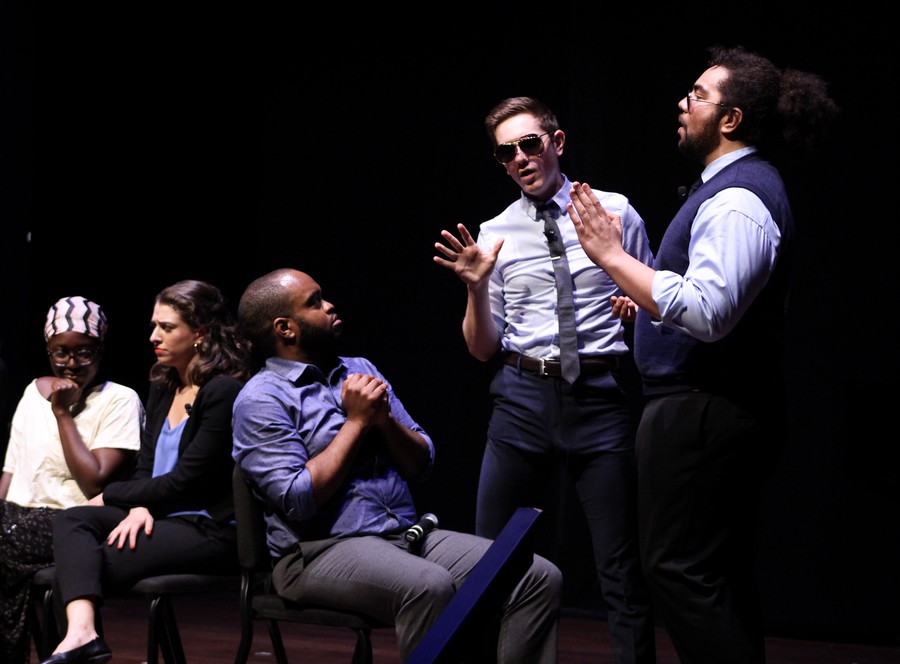 The Second City invited an audience member named Ada onstage for a sketch.

Started by a trio of University of Chicago students, The Second City comedy troupe returned to Hyde Park this past Friday for a night of improv, musical sketches, and political satire. Organized by the Council on University Programming, the event included an after-show reception featuring food from local vendors such as Hannah’s Bretzel, Portillo’s, Native Foods, and Bang Bang Pie & Biscuits.

By opening with a musical dance number about America’s nationalist fever, The Second City made it clear that they were going to present a very politically-charged show regarding the current administration. This is to be expected, of course. Ever since Donald Trump began his presidential campaign, he has been a comedic gold mine for entertainers, dominating every late-night talk show opening monologue and stand-up routine. Hell, every Saturday Night Live cold open is now just an excuse for Alec Baldwin to exercise his Trump impersonation. So, going into this show, I was intrigued to see how the troupe was going to tackle this trite topic. 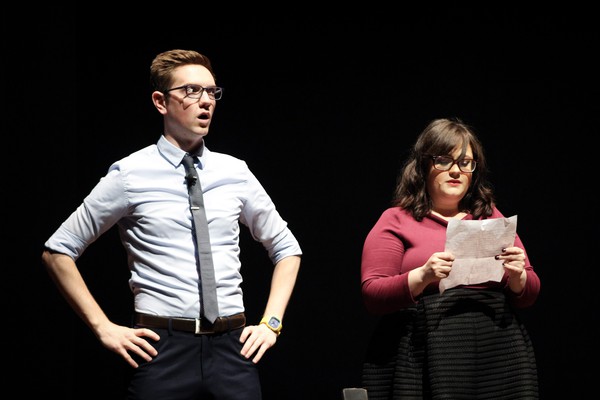 The troupe, which is made up of Second City touring members Jackie Southee, Jordan Savusa, Alessandra Drapos, E.J. Cameron, Mark Campbell, and Alison Banowsky, was successful when politics supported the jokes rather than overshadowed them. In one short sketch, two people go on a date and, after the man attempts and fails numerous times to grope his date, are revealed to be Trump and his daughter Ivanka. Combining the man’s exaggerated attempts at physical contact with the unexpected punchline, the sketch was funny because it succeeded first as a joke and then as a political statement, not the other way around.

Throughout the show, The Second City was at its best when troupe members were free to be as outlandish and silly as possible. By far my favorite sketch was about three middle-aged men (played by Savusa, Cameron, and Campbell) trying to relive their glory days in college by overindulging in Miller Lite while golfing. Another highlight was the troupe’s recreation of news anchor introductions across different cities, including Chicago, New York, and, as suggested by a member of the audience, Mazatlán in Mexico. Although there were only two improv sketches, both were hilarious for the ridiculous results produced by audience participation. To say that the crowd was lively is a gross understatement. Nothing was funnier than one audience member, full of life and passion, bellowing at the top of her lungs, “PORN STAR!!!” for a suggested occupation. Another highlight was when an audience member named Ada was invited on stage for a bachelorette party sketch right before the intermission. With Cameron performing improvisational raps about Ada, and Ada herself providing fantastic fodder for comedy, the sketch was the best of both an absurd premise and audience participation, making for the most memorable instance of student engagement that night. 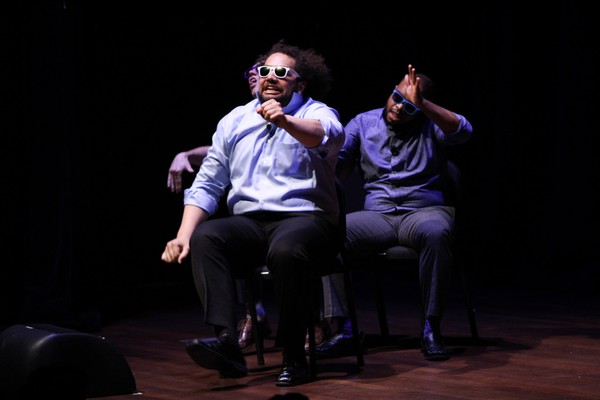 Struggling to strike the right balance between political satire and a political lecture, however, The Second City’s attempts at critiquing the Trump administration often felt uninspired and unoriginal. Usually this occurred when the troupe concentrated more on the politics of their jokes than on subverting those politics. One sketch in particular involved a rap battle between the everyday struggles of a black man in America versus those of a white man. The conceit of the sketch was funny enough—Cameron rapped about police brutality and diminishing education budgets while Campbell rapped about peach frozen yogurt. But it was full of banal generalizations that were neither clever nor insightful, and stretched on for way too long.