Open Letter to UChicago: The Case for Cultural Centers 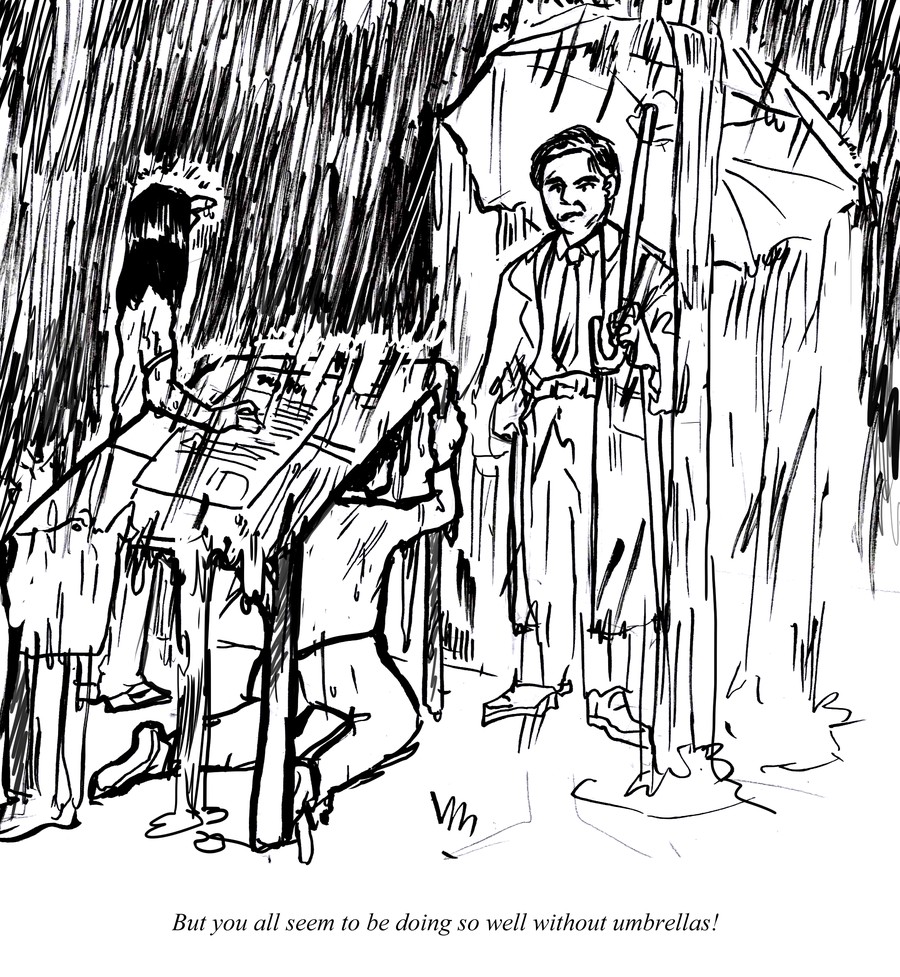 We want to establish University-funded and University-run Black, Latinx, and Asian/Asian American centers because we need institutional structures that actively center and support us in order for us to learn, grow, and truly thrive at this university. We need a consistent, reliable community that will support us academically, professionally, and emotionally. As students of color at a predominantly white institution, there are few spaces on campus that do not alienate or isolate us in some way. Many of us have learned to suppress parts of ourselves, to endure microaggressions and sometimes outright aggression, and to perform a certain way to be accepted—or else face backlash that attacks our capabilities and character as students and people. It is no wonder that many POC students and alumni use the language of “survival” when talking about their time at UChicago.

It is clear that what we have now is not enough. Multicultural registered student organizations (RSOs) can only do so much as extracurricular student groups with limited funding, resources, and time. Campus housing may be a safe, supportive space for some students, but considering the number of racist incidents and microaggressions that have occurred in them, students of color cannot easily say the same. The retention rate for on-campus college housing, at about 55 percent, shows that the current housing communities are not enough. Even spaces like the Center for Identity + Inclusion and the Center for the Study of Race, Politics, and Culture, while providing vital resources, cannot adequately provide for every one of us when they are tasked with accommodating all marginalized groups with limited space, staffing, and funding.

Universities all across the country already have culturally specific centers, including Stanford, Yale, University of Pennsylvania, UIC, and Purdue. These centers provide programming around racial identity, build community, and provide other academic or career-oriented support that is targeted to each specific demographic. It’s clear that not just “top” schools have these centers—it’s a matter of prioritizing funding. UC Berkeley has established cultural centers with a fraction of our endowment. Lack of funding or space is not an excuse when we have a nearly $8 billion endowment.

The importance of a physical space cannot be understated—it is imperative for a stronger community. Unlike cultural RSOs on campus where involvement often relies on personal connections and available time, having a center means that minority students know they have a place to go to find a cultural community before they even arrive on campus. Cultural centers would promote physical inclusion instead of erasure and would allow for a cultural community that is wider than just a circle of friends.

There is a persistent belief that the only way students can coexist is if we erase our individualities. The creation of distinct cultural centers as we imagine it will not promote segregation, will not be divisive, and will not obstruct free speech. We are not all the same. We are distinct groups with our own histories, issues, and needs. We can only build strength as individuals and as a community when we connect through and acknowledge our differences, through cross-cultural collaboration that can flourish with the establishment of cultural centers. This extends to allies, who will benefit by the cultivation of empathy and learning through intentionally inclusive programming that would be facilitated through the centers.

It’s true that creating a truly anti racist, diverse, and inclusive university is a long-term goal that involves changes both inside and outside the classroom. But cultural centers act as an intermediary step in providing refuge and support for students of color. Feelings of alienation and isolation as a result of attending a predominantly white institution affect the mental state and performance of students of color in a tangible, harmful way. Cultural centers will alleviate these effects by being an anchor for communities of color. Thus, far from promoting further isolation, cultural centers will equip marginalized students with the skills and community they need to better perform and remain at this institution, and to better face the world moving forward.

If the University truly cares about its most marginalized students, it will prioritize using the money and space it already has and is continuing to accumulate for students of color. We know that cultural centers won’t spring up overnight, but we are asking for a clear commitment from the University to work with us and show that it truly cares about the well-being of marginalized students on campus. This commitment could take the form of a search committee where paid student interns and staff are hired to look for space and gather input from students of color. It could also mean including an option of contributing to the creation of cultural centers on all letters and online portals used to acquire donations. Already, students on campus have engaged in generative dialogue about what cultural centers could be—suggesting facilities from a communal kitchen to culturally competent counselors. Each center would also be suited to each community’s needs. The possibilities are limitless when we collaborate, listen, and truly center marginalized people when it comes to making decisions, rather than compromising on intermediary, Band-Aid solutions for campus inclusion.