The trauma center has treated nearly 300 patients in its first month. 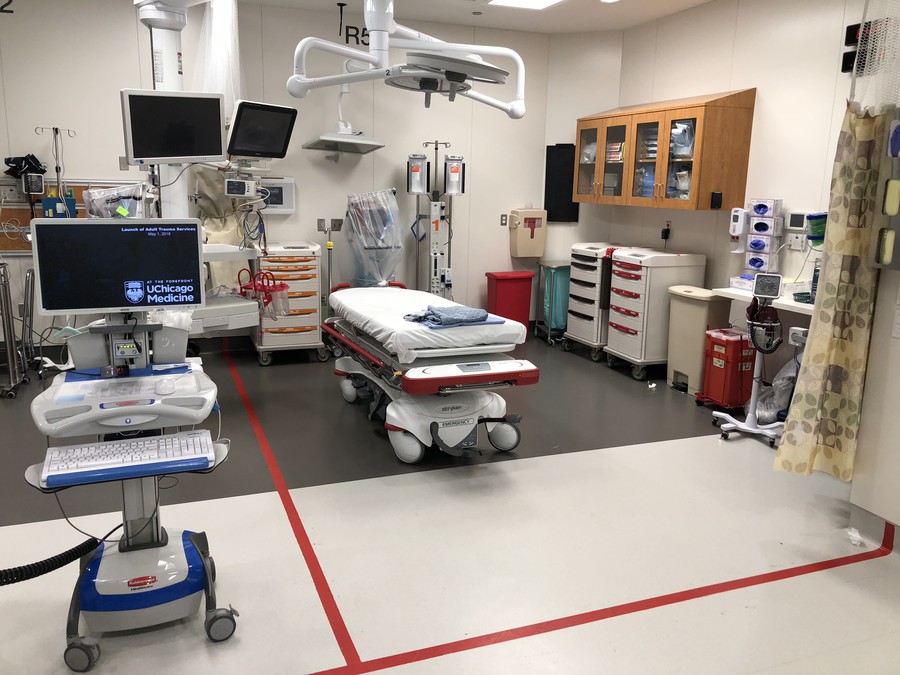 A trauma bay at UChicago Medicine.

Courtesy of University of Chicago Medicine

UChicago Medicine recently announced that it has treated nearly 300 adult trauma patients during its first month as a Level 1 trauma center.

According to a news release, 274 adult trauma patients received treatment in the hospital since trauma services became operational on May 1, including 44 during Memorial Day Weekend alone. At a press conference, an official said the trauma center is the busiest in Illinois.

Communications director Lorna Wong said in an e-mail to reporters that she cannot verify that claim.

"I know Leslee Stein-Spencer (with the EMS) said UChicago Medicine was the busiest trauma center in the city in May. That may have been based off the Chicago Fire Department’s data, which means it doesn’t account for those patients who arrive on their own or another non-CFD method. So, please check that statement by calling (and getting numbers from) the other busy trauma centers before using it in your stories."

Dean and Executive Vice President for Medical Affairs at the University Kenneth Polonsky said in a statement: “We are pleased to report that clinical care and operational support services continue to run smoothly as we serve trauma patients and their families. This is a testament to the enormous amount of planning, training and collaboration that went into the launch of adult trauma services.”

Beginning in May, the hospital received adult trauma designation, marking the first time the South Side has had a trauma center since 1991, after years of community activism and in-house preparations.