Members of the Academy provide advice to the nation on topics related to the field. 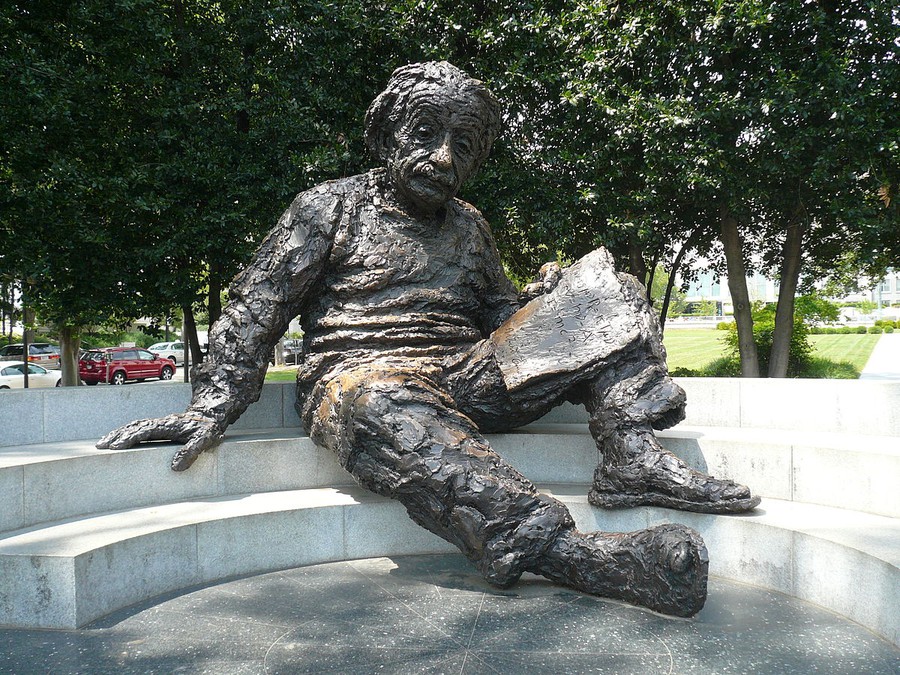 A massive Albert Einstein reclines outside the National Academy of Sciences in Washington, D.C.

The National Academy of Sciences announced on May 1 that University professors Joy Bergelson, Olaf Schneewind, and Richard Thaler are among 84 newly elected members to the Academy.

Joy Bergelson is the James D. Watson Professor in Ecology and Evolution and chair of the department.

Much of her work is centered on the coevolution of the flowering plant Arabidopsis thaliana and its bacteria. Bergelson explained that her research looks to understand how Arabidopsis plants maintain their resistance to pathogens in natural systems, in contrast to agricultural systems where pathogens quickly overcome resistance. She hopes that her findings will promote sustainable agriculture.

Bergelson told The Maroon in an interview that she was driving when she got the call and was so stunned that she had to pull over.

“This isn’t something I thought would ever happen,” she explained, comparing the experience to “winning the lottery.”

Olaf Schneewind is the Louis Block professor of Microbiology and chair of the department.

He is best known for his discovery of sortases, which are enzymes that modify surface proteins in cell wall of Gram-positive bacteria.

His research has helped further the field’s understanding of how bacteria like Staphylococcus aureus avoid detection by the immune system, aiding the development of vaccines.

Richard Thaler is the Charles R. Walgreen Distinguished Service Professor of Behavioral Science and Economics at the Booth School of Business.

He is a founder of the field of behavioral economics, a field that bridges the gap between economics and psychology. He has authored the best-selling book Misbehaving: The Making of Behavioral Economics and co-authored Nudge: Improving Decisions About Health, Wealth and Happiness.

In 2017, Thaler was awarded the Sveriges Riksbank Prize in Economic Sciences in Memory of Alfred Nobel.

“The NAS is not just an honorary society. It does important work and does so now at a time when scientific expertise is not appreciated by the executive branch of the government. I look forward to helping in whatever way I can,” Thaler told The Maroon. “One is elected by one's peers in the profession… it is quite comforting to know that the stars of my profession take my work seriously.”

The National Academy of Sciences is a private, nonprofit society of distinguished scholars, established by Congress in 1863.

It provides independent advice to the nation on matters related to science and technology. Members are elected to the Academy by their peers.

More faculty were elected from UChicago than any other college or university this year.