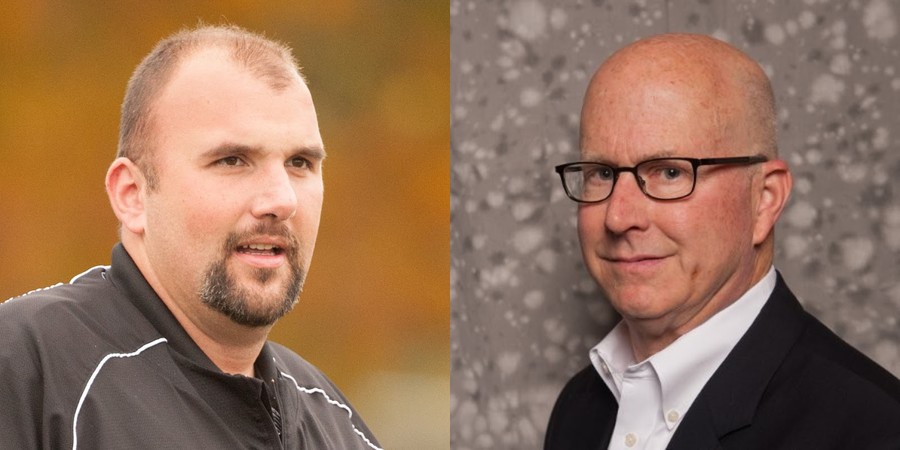 The offensive coordinator for UChicago’s football team resigned after the 2016 season due to an incident with a parent at the team's Senior Day game that has become the subject of multiple lawsuits.

Coach John Bear, who has since taken a job on the coaching staff for Georgetown University’s football team, allegedly became aggressive toward a parent at the end of the game, causing Bear to be restrained and removed from Stagg Field. UChicago lost a close game against Washington University in St. Louis, 43–34.

Bear’s anger was directed at a parent, Jeff Mason, whose son was a player on the football team and a student in the Class of 2017. Mason verbally confronted Bear at the end of the game, challenging the way he had been doing his job as offensive coordinator.

Bear appears to have reacted to this strongly—his fellow coaches allegedly had to hold him back as he was “doing everything in his power to get to Mason” while yelling “unintelligibly” at him, according to a parent who was at the game and spoke to The Maroon on the condition of anonymity. Bear declined to comment for this story, but in court documents he offers a very different account in which he is a victim of assault. The University and Mason also declined to comment.

Following a University investigation into the incident, Bear was informed by the athletics department that he had to resign or he would be terminated. Bear resigned.

The litigation began when Bear filed a federal lawsuit against the University of Chicago and against Mason.

Bear’s lawsuit against Mason claims that Mason assaulted him. The suit says that Mason violently grabbed his wrist while Mason was confronting him about his coaching.

There is a settlement conference in the case set for September 12.

The parent who spoke to The Maroon anonymously did not witness the beginning of the confrontation, but said multiple parents who witnessed it told him that Mason did put his hand on Bear’s arm, though not in a violent manner—the kind of contact one might make if they were trying to get someone’s attention. Mason denies that he had any physical contact with Bear beyond “possibly incidental contact.”

“While Mason was waiting with other parents and fans following the football game Bear approached Mason in an aggressive manner, got face to face with him, and Bear shouted ‘who the fuck are you?!’ and continued to shout at Mason and had to be restrained and removed from the area by others,” Mason’s counter lawsuit reads.

Bear’s lawsuit describes Mason as an out-of-control fan with a pattern of getting too intoxicated during tailgates. The lawsuit says Mason regularly criticized the coaching staff, in large part because he thought his son deserved more playing time.

Bear included an exhibit to the complaint—a letter from a parent to athletics director Erin McDermott—to corroborate some elements of his account.

The parent who allegedly wrote the letter told The Maroon that it was never sent to McDermott. He also claims that he did not fully author the letter. Rather, he says Bear reached out to him, saying he needed someone to vouch for him to the University because he could not afford to lose his job. The parent said Bear tried to get him to say certain things in the letter that he was not comfortable saying. Eventually the parent became suspicious of Bear’s motives and cut off all contact with him. He claims he never ended up sending the letter to McDermott, though he said it’s possible Bear was left under the impression that the letter was sent.

The body of the letter says that at games Mason “would drink and slowly devolve into personal insults and increasingly disturbing complaints and threats against the offensive coordinator and more generally against the coaching staff.” It alleges that Mason believed that his son was not getting enough playing time.

“Every week I would get more emails and text messages from Jeff. I once left a business meeting and had 15 text messages. 15!” it said. “His theme was the same: that the coaching staff didn't care about the players and were sabotaging the team. I asked him on several occasions to quit sending me the messages as I believed that he was becoming unhinged.”

On Senior Day, November 12, 2016, McDermott had set up a tailgate on 56th Street. According to Bear’s lawsuit, the football tailgates had been getting rowdy, with “excessive drinking by students, alumni, and parents of students,” which McDermott allegedly allowed to continue. The complaint says the alleged excessive drinking at tailgates had previously led to dangerous incidents, including one occasion when “some of the students’ parents began shouting racial slurs at some of the other parents and a fight almost broke out.”

The lawsuit alleges Mason consumed “excessive amounts of alcohol” at Senior Day and “became increasingly disorderly.” Mason denies these claims in his legal response to the complaint.

Bear’s lawsuit continues, “Mason approached Coach Bear, violently grabbed him by the wrist, spun Coach Bear towards himself and then began shouting at Coach Bear. During the assault and battery of Coach Bear, Mason shouted the following: ‘How dare you show sportsmanship to the other team!’ ‘You don't care about the players!’ ‘You don't care about the football team's concussion protocol!’” Bear’s lawsuit includes a defamation claim against Mason for these alleged remarks.

In his response to the lawsuit, Mason denies both violently grabbing Bear’s wrist and saying those three remarks. Mason says he “lacks knowledge or information sufficient to form a belief about the exact words he spoke to Bear, but recalls that it was a single statement and believes it questioned Coach Bear on how he can show sportsmanship to the other team and why he did not respect the university’s concussion protocol for his own players.”

Bear’s lawsuit says that he “verbally defended himself from Mason's remarks, while reasonably believing he was being attacked and assaulted by Mason,” but it does not say whether Bear got  physically aggressive.

After the altercation, Bear had to be escorted away, according to the account offered by Mason in his response to the complaint. According to the parent who spoke to The Maroon, coaches were standing right next to Bear when the confrontation started, and they were able to quickly restrain him. The parent said Mason stood basically motionless while all this was happening.

“Defendant Mason denies attacking or assaulting Bear or making any remarks that required Bear to verbally defend himself,” Mason said in a court filing. “Instead, Bear was physically aggressive toward Mason and had to be restrained and removed from the area.”

In his response to Mason’s counterlawsuit, Bear denies that he said “who the fuck are you?!”, and maintains that he was grabbed by the wrist and spun by Mason.

Bear’s original lawsuit had also alleged that the University is liable for failing to take care of its staff and to ensure a safe work environment, specifically alleging a lack of security at games and at University-sanctioned tailgates. On July 20, a federal judge in the Northern District of Illinois dismissed the premises liability count against the University, but the gender discrimination count is still active.

McDermott and the women’s soccer coach did not respond to a request for comment.