This Is UChicago Hookup Culture 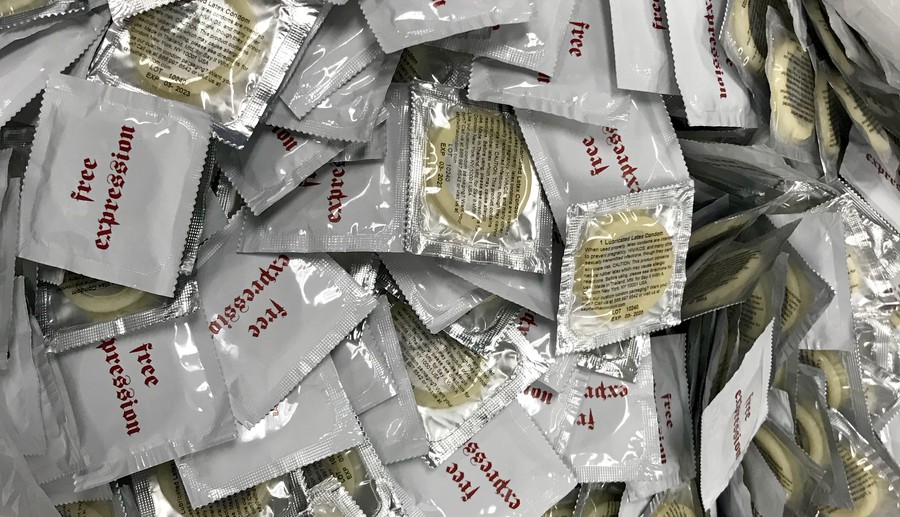 While 86 percent of the students at UChicago want to be in a relationship, only about 33 percent are in one, based on responses to a survey administered by The Maroon. Some may perceive the lack of students in a relationship as a lamentable occurrence; others may interpret the findings as suggesting that—if anything—people seeking relationships at UChicago have plenty of opportunities.

Last spring, The Maroon asked University of Chicago students about their sex habits and attitudes toward sex. We collected data in areas like what hooking up means to students, their preferences and whether students would be willing to convert a hookup into a relationship.

A little over six percent of the undergraduate student body, 394 students, responded to the hookup culture survey. Classes were not represented evenly: 40 percent of respondents were first-years, compared to only 10 percent fourth-years. Due to the number of responses and the voluntary nature of the survey, these results are not conclusive. Still, for those curious about the UChicago hookup culture, this is the most accurate picture an incoming or prospective student can get. 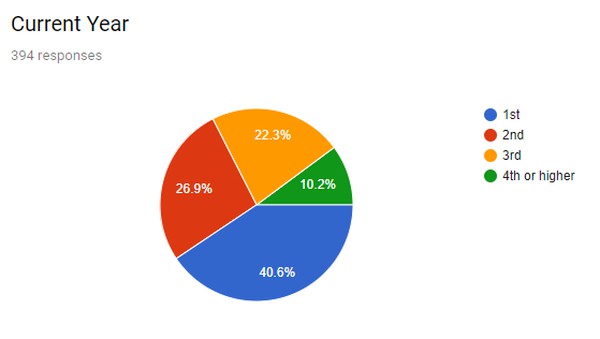 Hookups: What, Where, How

A “hookup” has no one definition: it might mean making out, but to someone else, it could be sex. “Hooking up” has a casual connotation, but if you’re in a relationship and you have sex with your partner, is that still a “hookup”? Who knows. Our survey instructed students to respond using whatever understanding of the phrase makes sense to them. Most students stated that a hookup involves sex, while some believed that “anything past kissing” could be considered a hookup as well.

The Maroon also collected data on where and how students met their potential hookup partners. A plurality of respondents who hook up tend to meet their partners at college parties, primarily at events held by fraternities and sororities. The second most popular way students find hookup partners is via apps like Tinder.

Our survey shows that, at UChicago, hooking up is often a precursor to dating. More than 60 percent of respondents said they at least sometimes develop feelings for a hookup, and only 18 percent rule out dating a hookup. Almost 26 percent of the students surveyed said that they would date a hookup. 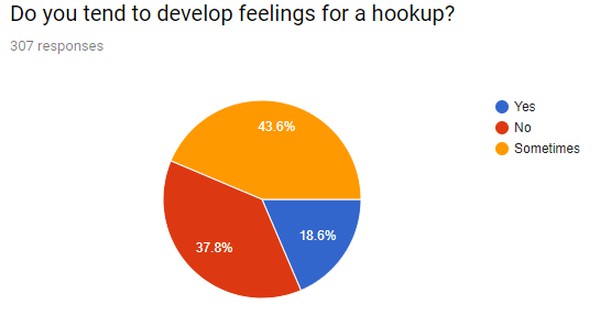 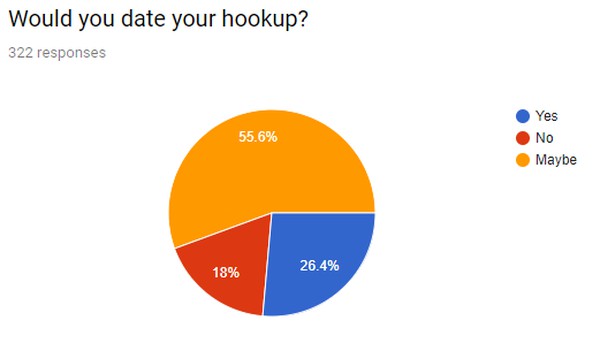 This would be explained by the fact that almost 19 percent of the respondents who hook up aim to get a relationship through the process, the third most popular reason for hooking up.

The most-cited reason, one cited by almost a third of the campus, for hooking up was the most simple: fun. After that, respondents said that they hooked up in order to meet someone they could have sexual relations with in the future, a recurring sexual partner.

At UChicago, friendships can also get particularly intimate as almost 54 percent of the students are open to hooking up with their friends. Only about a quarter of the campus said that they would not hook up with a friend.

The University of Chicago is a famous location for love: It’s where Harry literally met Sally. If you’re looking for a more traditional romantic timeline—dating as a means to a physical relationship, rather than the other way around—you might be in luck as well. 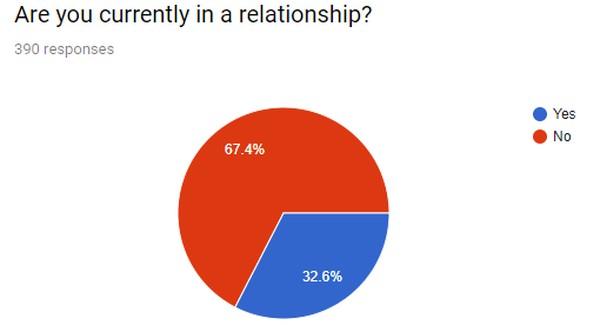 Data supports that hooking up in general seems to gradually reduce as years progress and more students get into a relationship. One of the respondents, a third-year, wrote that “Most of hookups happened my first year. Now I'm more interested in a serious relationship.”