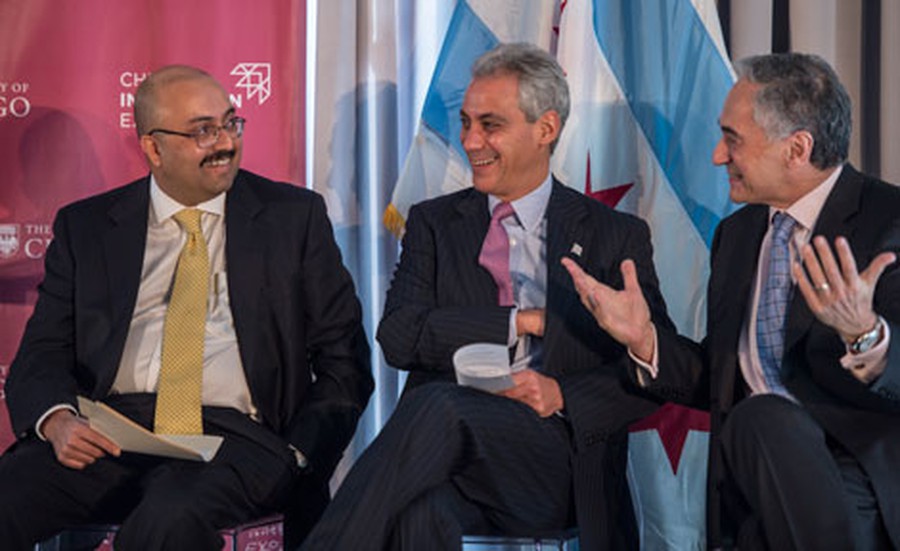 Chicago Mayor Rahm Emanuel unexpectedly announced on Tuesday that he will not seek a third term.

“I’ve decided not to seek re-election,” he said. “This has been the job of a lifetime, but it is not a job for a lifetime.” Read his full remarks here.

Mayor Rahm Emanuel is speaking now. “Time has come to make another tough choice.” He will not seek re-election. pic.twitter.com/3awReqBhX0

His announcement comes as a surprising reversal of his position in the past year—he’s been saying that he will be running for reelection, and has received out of all mayoral candidates the most in campaign donations, nearly $10 million.