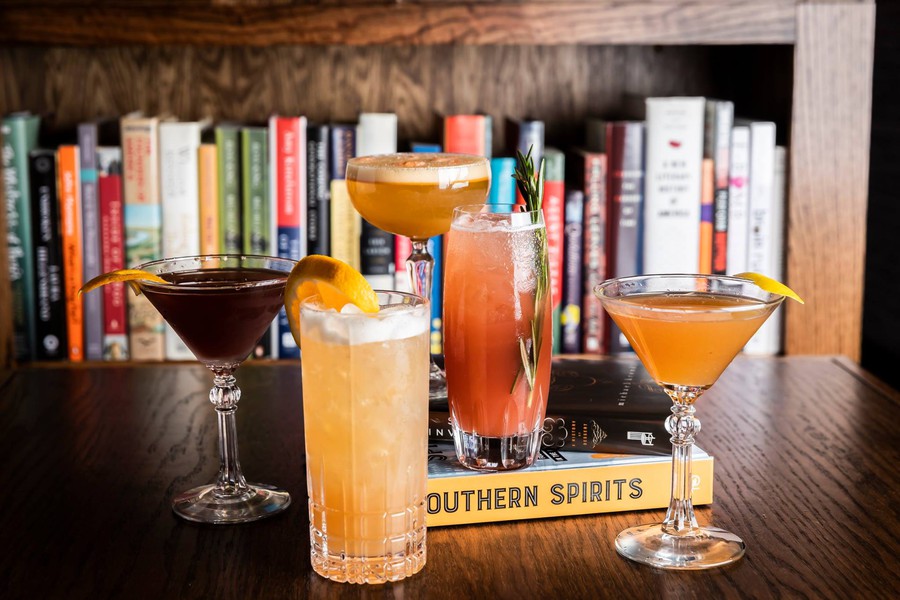 Michael and Fabiana Carter, longtime owners of Hyde Park’s beloved Fabiana’s Bakery, unveiled their new restaurant, Bibliophile, this past fall, just down from Fabiana’s on 53rd Street. Bibliophile specializes in alcohol-infused desserts, but also adds another bookstore to Hyde Park.

According to Michael Carter, Bibliophile originated from a desire to “provide a place where reading, food, alcohol infused desserts, and fun was just a thing."

Derrick Westbrook, the service manager and sommelier of Bibliophile, added that it was important to him to create a space that reflected the intellectual diversity of Hyde Park. “Hyde Parkers are an eclectic bunch who like to read and like to drink and have discerning palettes when it comes to both,” Westbrook said.

Inspirations for Bibliophile came from previously established spaces with similar business models, like Busboys and Poets, a full-service restaurant and bookstore chain currently running in Washington, D.C., and Waterstones, a bookstore in London.

The menu, which Bibliophile alters every three months, includes an old-fashioned cheesecake, rum-infused chocolate mousse, and libros cake. Furthermore, Westbrook curated a wine list categorized by certain flavor profiles, such as “Earthy and Weighty Reds” and “Rich and Creamy Whites.”

“What I wanted to do with this wine list...was I say a word or style or feeling that we all share and I [express it] in a wine,” Westbrook explained. “And I want to give people that style without them being wed to a particular grape.”

In keeping with the theme of Bibliophile, bar manager Rachel Smith designed and created cocktails inspired by literary classics including To Kill a Mockingbird, The Great Gatsby, and Alice in Wonderland. The menu also includes mocktails named after children’s books, like the popular Chicka Chicka Boom Boom. These mocktails use Seedlip, a “non-alcoholic spirit,” to create flavor profiles similar to those of alcohol.

Bartenders at Bibliophile also compete against one another to see who can craft the cocktail that best interprets the book Bibliophile features as a seasonal drink in their menu. This season, Bibliophile’s literary pick is A Christmas Carol.

Customers of Bibliophile, however, do not need to dine at the restaurant to peruse through the shelves of books that adorn the walls of Bibliophile. The space also contains several theater chairs for passerby, and Bibliophile’s book collection spans a wide range of genres—including graphic novels, children’s books, and cultural studies. Sonja Coates, a table server and librarian for Bibliophile, worked with Powell’s Books to curate the starter collection for Bibliophile.

For Coates, who has worked four years as a librarian for her college and two years at a public elementary school in Chicago, Bibliophile reflects how she feels about literature. “Literature doesn’t exist in a vacuum,” Coates said. “Literature [imbues] all parts of our lives...What I see Bibliophile doing is turning this solitary action into this very social interaction.”

Michael Carter said he is also looking for more ways to develop a closer relationship with UChicago students and the University. “One of the problems a lot of restaurants have, is they tend to ignore the fact that students exist in their ecosystem of commerce,” Carter said. “The quest is to have a competitive enough percentage so that students will be able to come and experience an elevated culinary experience.” Thus, Carter hopes to attract more students through tentative plans of hosting student-focused private events or creating student specials.