Every quarter, writers, actors, directors, and designers come together to write, produce, and put on a play in just 24 hours.

Someone remarked to me this past week that it seemed slightly pointless to review Theater [24], considering that it exists mainly for fun rather than as a serious pursuit of artistic quality. Granted, they do whip it up in 24 hours, and it is more for fun than for artistic quality. However, I think it’s a talent to both have fun making a production and to extend that fun to the audience. So yes, Theater [24] performances are indeed hit-or-miss, but this one was a hit precisely because of how much both the audience and the cast behind the shows were enjoying themselves. Additionally, people who are talented are worth reviewing. There are so many elements that go into the Theater [24] short plays that make them so funny: the writers stay up all night to write them and the comedy is augmented by the actors’ comedic timing, lighting, and direction. 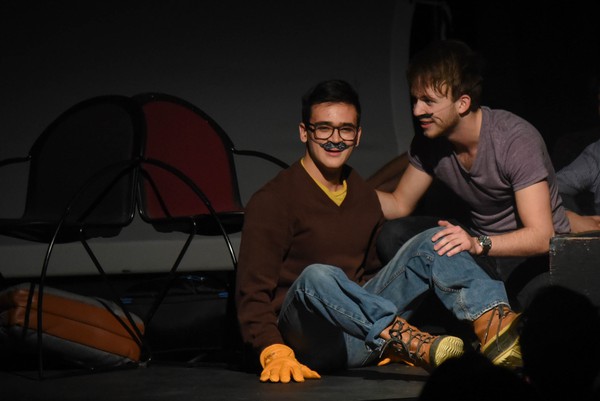 A new member is initiated into a secret society of people who blow up bridges and drive trains over them in "Much Commotion about Locomotion".

There were four plays, this year all inspired by various pieces at the Art Institute. In the first, Ida Noyes is being forced to sign a contract for becoming a new dorm in a distant future in which the most horrific elements of the UChicago meme page appear to have come true. Next, a movie studio tries desperately to save itself from its box office failure, MacLion: A Scottish Safari, intertwining three tales of angst and redemption. In the third play, we open with a trial: Alas, someone has stolen the tiniest diamond in the world! Whatever shall we do? Finally, two secret agents on the same train to Gary, Indiana working for competitor organizations that blow up bridges and ride trains over them, have them discover each other’s identities and fight to the death, putting on the balance the train passengers’ fate. 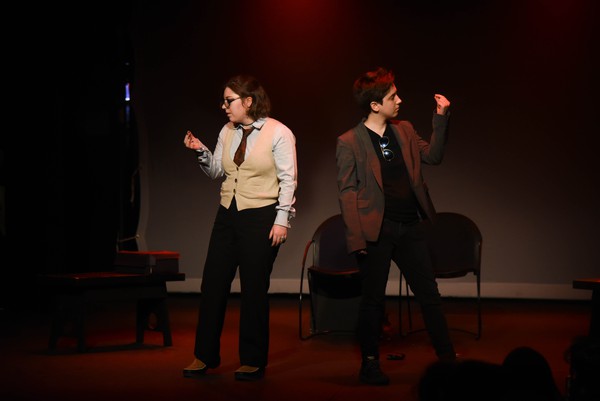 The thief is revealed in "The Smallest Diamond in the World", written by Will Shore and Miles White.

When Life Gives You Lions was, for some reason, about half an hour long—absurdly long, for Theater [24]. Yet, it was better written than most modern plays I’ve read over the past couple of years; it was my favorite part of Theater [24]. I would propose it for a University Theater Mainstage production. I want the movie rights, but only if I get to use the original actors. The fact that someone saw one of the lions in front of the Art Institute of Chicago and feverishly wrote a 20-page-long script inspired by it is hilarious to me.

That’s the sort of nonsense you look forward to from Theater [24].