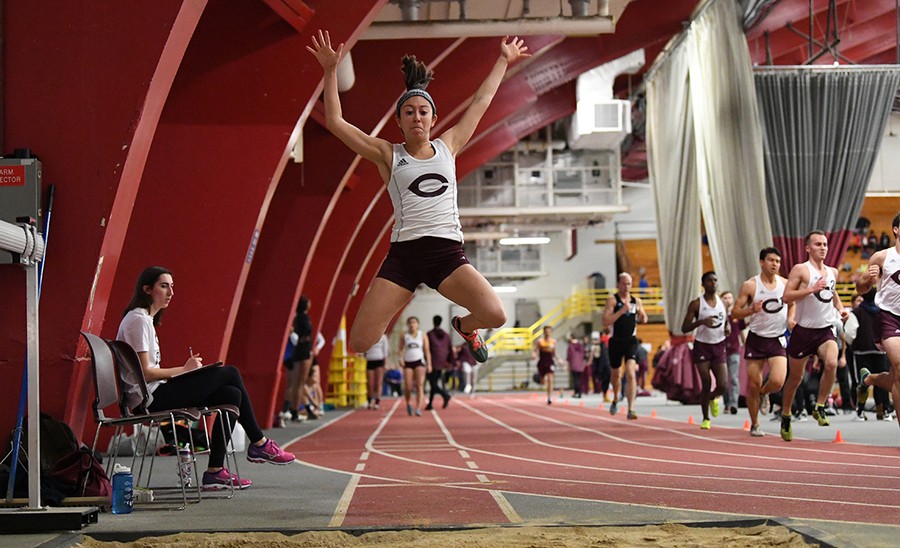 This weekend, UChicago’s track and field teams will compete at Illinois Wesleyan University’s annual I-55 Triangular meet. Following last week’s impressive victory at the Phoenix Invitational meet, the Maroons are ready to take on their second meet. Competition amps up with this weekend’s meet; Wash U and Illinois Wesleyan present formidable challenges for the teams. The teams will get a preview of what their competition has to offer for the season and where their runners stand in this early meet.

Third-year distance runner Andy Kates said, “This meet, which we have gone to for the past several years, is a really great early-season opportunity to see how we match up against Wash U which traditionally has a very strong team. This is usually the only time we see a team from our conference before the conference meet in indoor track (arguably our most important meet), so it’s a special opportunity.”

The Maroons’ months of training paid off in scores last weekend. The women’s team scored 309 points while the men’s team scored 290 points. Both teams beat their competition by a giant margin. Experienced and new members alike debuted the season with impressive feats. Fourth-year Owen Melia’s 800-meter first place (1:59.17) was complimented by first-year Dillon O’Loughlin’s 400-meter first place (51.29). From the women’s team, a slew of upperclassmen debuted with first-place wins in the 200-meter, 5,000-meter, 1,600-meter, and 3,000-meter races. Two first-year members debuted their season with first-place victories: Kaitlyn Van Baalen with her 800-meter race (2:21.83) and Meg Fitzpatrick with her 400-meter race (1:00.72). Wins were paramount across the sprinting, throwing, and distance teams.

With strong momentum for the season, both teams look forward to taking on the competition promised at this weekend’s meet. The teams have begun to cut back on building up mileage inpreparation. The long-distance team ran a couple of easier outdoor workouts this week. However, after this meet they plan on ramping up intensity in preparation for upcoming competitive meets. Second-year distance runner Ansel Richards said, “I’m running the 3,000-meter this week with a lot of teammates and some very good competition from Wash U. I expect we’ll run a bit faster than last week as we build fitness and encounter elite competition.”

Although it’s early in their season, the Maroons expect great things from their distance, sprinter, jumping, and throwing teams. In combination with the formidable presence of the veteran team members, the first-years hit the ball running with stellar performances in practice and at their first meet. The victorious and competitive atmosphere of the Maroons’ training and first meet of the season has led to their zealous energy for this upcoming meet.

The Maroons will compete in Bloomington, IL at 11 a.m. on Saturday.