Sixteen Bullets, A Six-Year Sentence, and a Chance for Change in Our Fifth Ward

Jason Van Dyke might have evaded a lengthy prison sentence, but a local activist is fighting for reform. 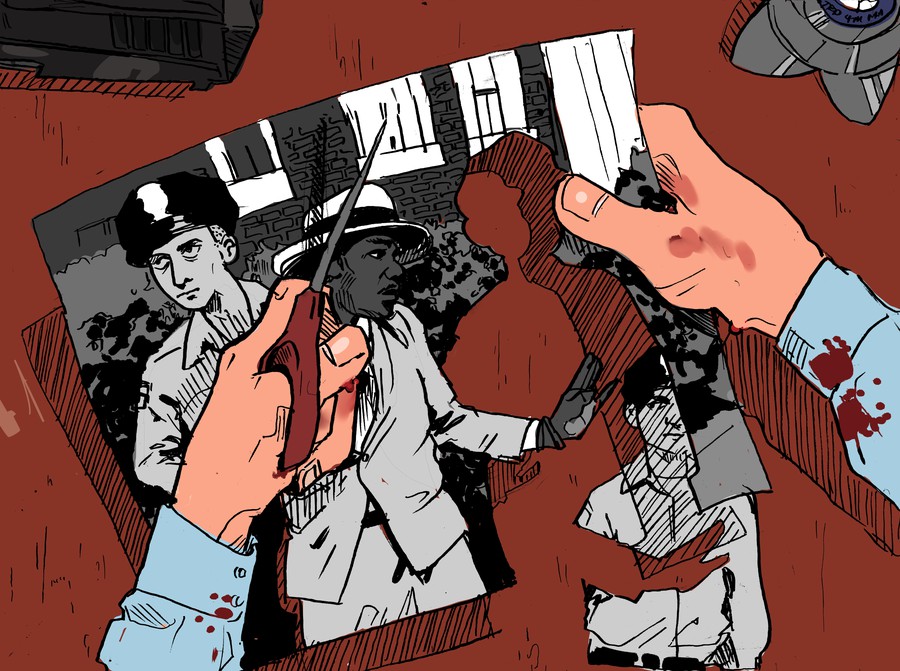 Five years ago, Chicago cop Jason Van Dyke fired 16 bullets at 17-year-old Laquan McDonald, emptying his pistol and reloading while his target lay defenseless on the ground. It took a year for the dashboard camera footage to be released. Then, on Friday, January 18 of this year, three days before Martin Luther King Jr. Day, Cook County Circuit Judge Vincent Gaughan sentenced Van Dyke to a mere 81 months in prison. The sentencing came a day after Judge Domenica Stephenson acquitted the three officers who attempted to cover up the brutal murder.

This series of events serves as a potent reminder that the work of the Reverend Doctor is far from finished. The judge remarked at one point that the murder was “a tragedy for both sides,” attempting to equate the loss the McDonald’s family has suffered to what, as activist William Calloway called it, the “slap on the wrist” he gave to the defendant. This is nothing new: there is a long history of white police officers killing black men and boys with impunity. While most police officers who commit murder face no consequences at all, a sentence of barely six years is unjustifiable too; it’s no surprise that Van Dyke was reportedly “happy” with his sentence.

Given this ruling, the way many celebrate MLK’s legacy must be reevaluated. It is common for depictions of MLK’s life to be romanticized. The difficulties are often glossed over, and revisionism is mistaken for respect. Contrary to what the White House would have us believe, MLK’s battle didn’t end when he died. He didn’t solve racism; he was gunned down at the age of 39, before he had even finished warming up. The institutional cover-up of McDonald’s murder makes clear that his fight for racial equality is far from over.

And while many national politicians co-opt King’s legacy for their own gain, many lesser-known figures in the local political scene are actually stepping up to finish what the Reverend started. For instance, Calloway, the aforementioned activist and community leader who played an instrumental role in getting a judge to order Mayor Rahm Emanuel to release the dashboard video of Laquan’s death, is running to be alderman of our very own Fifth Ward. Calloway is running on a platform centered around speaking truth to power, and has been a vocal supporter of new measures to hold police officers and elected officials accountable. Although he wouldn’t be able to directly implement such measures singlehandedly, an activist fighting for systemic change being given a citywide perch for organizing around police reform would constitute a meaningful step towards future change. While local politicians like Rahm Emanuel—who bears responsibility for the cover-up of the McDonald shooting—have voiced support for MLK, activists like Calloway are disrupting the status quo and thus have more claim to King’s legacy.

It’s easy to feel powerless in the face of issues as daunting as police violence and institutional racism. The 2019 municipal elections, however, represent the perfect opportunity to take matters into our own hands and make a difference starting in our own backyard. If you want to learn more about the upcoming local elections, this article from The Gate might be a good place to start.