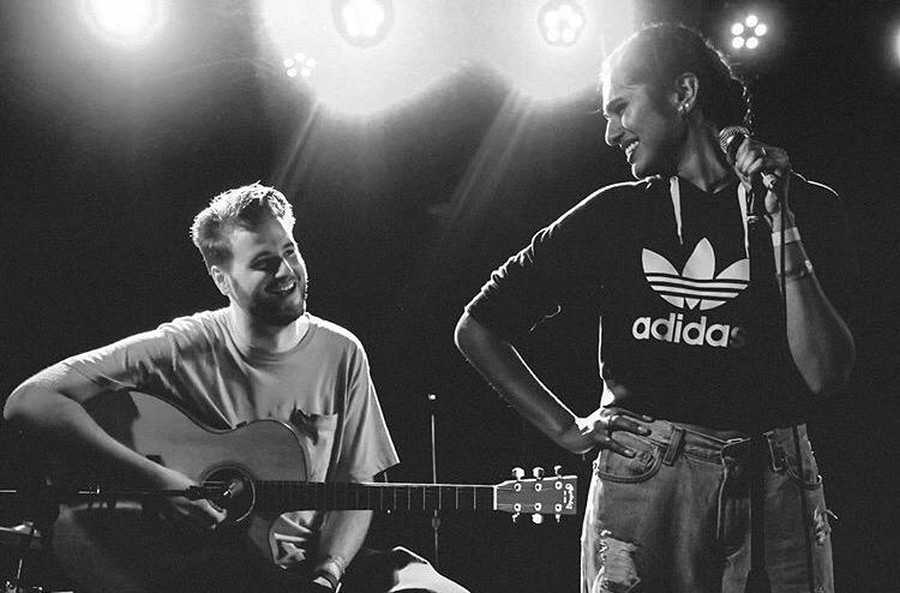 When I first heard Shreya Preeti’s track “Junkyard,” there was no escaping the ecstasy of the tune nor the deep honesty embedded in the song’s lyrics. The urgency to be heard was evident in Preeti’s voice. The consistency of themes like vulnerability, love, and suffering found in Preeti’s “Junkyard” characterize her entire EP, Encore. I had the pleasure of sitting down with Preeti to learn more about the making of Encore.

Along with being a musician, Shreya Preeti is in her second and last year at UChicago’s School of Social Service Administration, working to obtain a masters in social work in June. If there’s anything that has stayed close to Preeti’s heart for a long time, it’s music. “I have been doing music for most of my childhood. I started doing classical Indian voice lessons when I was in second or third grade.”

Before coming to UChicago, Preeti was a part of several musical choirs and ensembles in high school. She ventured into a cappella and solo singing while attending the University of Minnesota–Twin Cities as an undergraduate, noting that during her final year in college, she started exploring a solo career in music. Her boyfriend’s band helped with the production and instrumentals in her music. In May 2017, she released her first EP, right before graduating college. “This was a pivotal point in solidifying that I was doing this,” she said.

Preeti draws inspirations from artists like Ariana Grande, Beyoncé, Whitney Houston, John Mayer, Shawn Mendes and Charlie Puth. “They’ve allowed themselves to experiment with their sounds and land on something that is unique but so listenable—very ear candy. This is kind of my goal: to make music not normally heard by the mass but still digestible.”

Preeti specifically classifies herself as an alternative pop artist. “The alternative comes from the background of my music not sounding like what you’d hear in most pop music. It has elements of alternative rock and soul, as well as funk and old school R&B.”

Preeti credits alternative pop for giving her the freedom to experiment with different music genres. In Encore, listeners can expect to hear Preeti’s talents as an alternative pop artist come out.

“Encore is a surprising twist to what pop music is,” she describes. “It’s a lot of heavy vocally layered music along with lighter songs…. Expect to digest what’s on here but also hear something different from other music.”

In sharing her insights on making Encore, she emphasized the role of music in her life as a way to understand and cope with her lived experiences. “The things I wrote for this EP were the result of the past year and a half of my life—moving to Chicago and coming to peace that I wasn’t pursuing music full time so I could do graduate school for two years.” In Encore, there are tracks where Preeti expresses her initial discomfort about moving out of her home state that touch on themes like adulthood and loneliness.

Preeti acknowledges that while she has put a pause on her music career, she has the privilege of pursuing impactful work in her current job as a therapist intern. “I’ve been able to write about things that I don’t think I would be able to understand had I just followed my music right after college…. Coming here, I’ve been able to experience these glimpses of adulthood and realize people are going through things you don’t even know they’re going through.”

As an Indian-American woman in the music industry, Preeti hopes to be recognized less as a token for her race in music and more as just a musician. “I’m doing this and I’m Indian-American, but I don’t want to be put in a category…. I just want to be a musician that represents other people with different ethnicities and nationalities…. Just normalize everyone.”

She underscores her desire for her music to make people feel connected to themselves and able to engage with the realities of life through her sound. This desire continues to motivate and inspire Preeti’s songwriting and purpose in music.

Encore was released on November 14, 2018 and is available on YouTube, Spotify, Apple Music, Google Play Music, and other music services.