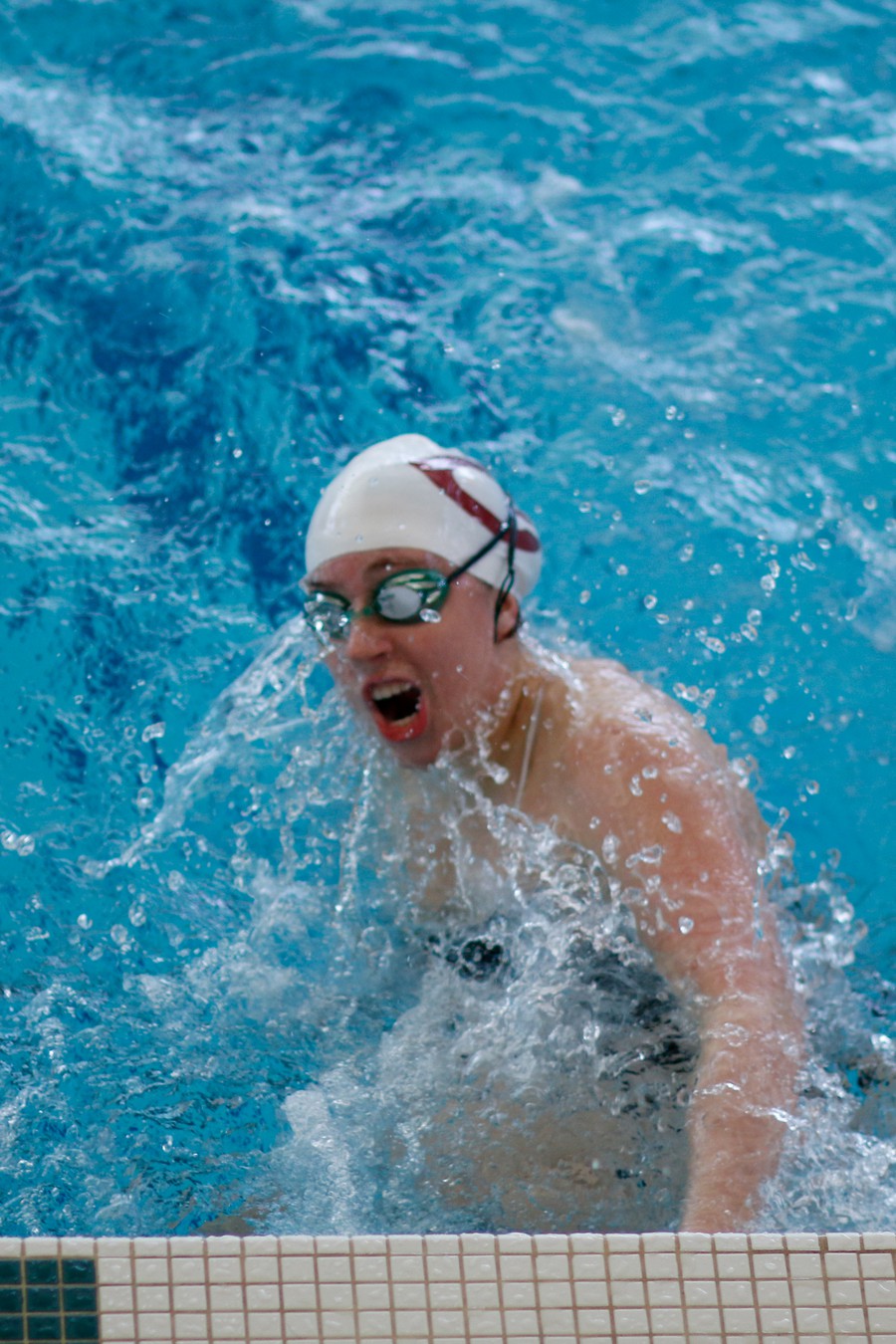 Fourth-year Simone Stover quickly turns to the final lap of the 200-yard breaststroke.

This weekend, the UChicago swim and dive teams took on Calvin College and DePauw University at the Senior Day meet, their last meet before the UAA Conference Championships. The Maroons steamrolled both of their competitors, with the men demolishing Calvin 217–60 and DePauw 224–53, and the women crushing Calvin 201.5–96.5 and DePauw 236–59. UChicago pulled ahead from the beginning and comfortably held the lead throughout the meet, taking home 14 top finishes for the men and 13 for the women.

Before the meet, the team and coaches acknowledged the 12 fourth-years who made it through all four years of tough training and multitudes of 6 a.m. practices: Hannah Eastman, Anna Girlich, Naomy Grand’Pierre, Simone Stover, Nora Sullivan, Daria Wick, Alexander Farrell, Michael LeMay, Keenan Novis, Stephen Park, Michael Todd, and Winston Wang. The seniors have made a huge impact on the team with many successes throughout their time on campus, and the third-years will be looking to live up to their legacy next year.

On the women’s team, the divers had outstanding performances. First-year Elizabeth Cron was victorious in both the one-meter and 3-meter, breaking the school record on the latter with a score of 308.32. First-year Alice Saparov captured an NCAA provisional qualifying score on the 1-meter, and third-year Agnes Lo did the same on both the 1-meter and 3-meter, alongside Cron.

Hammill might swim the longest events offered in NCAA swimming, but she doesn’t let length slow her down in training hard every day. “It was a hard week of training last week so I’m proud of how I and my teammates performed,” she said. “I’m super excited for Conference because I feel like this year has been the best training we’ve had, and we’re all prepared to crush it.”

The UChicago swim and dive teams will continue training hard for the UAA Championships, hosted by UChicago, which will take place February 13–16.