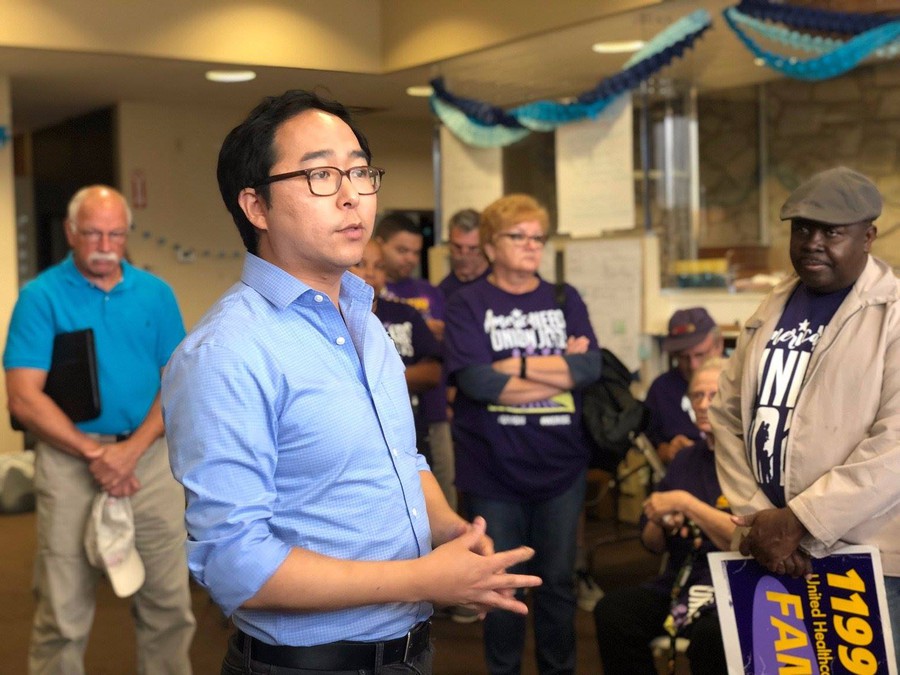 “When I was a student at the University of Chicago, elected office was the furthest thing from my mind,” Kim said in an interview with The Maroon.

“Every job that I have ever pursued always comes down to this question of ‘where can I be of most impact?’ Before, that question led me to working in Afghanistan and the White House, and now, this time around, it propelled me to seek elected office.”

Kim was one of 43 Democratic candidates who ultimately flipped their district’s seat, including four candidates in New Jersey, helping the Democratic party win the House majority.

He spoke to The Maroon about his time at UChicago, his ideas about what public service is and how those ideas have evolved, and what propelled him to run for office.

Kim came to UChicago as a third-year transfer student after studying for two years at Deep Springs College, a liberal arts college in the Deep Springs Valley of eastern California. He said that when he arrived in Chicago, he sought to find a balance between his academic work in political science and experiences which would ground him in the community.

His run for office came as a surprise to some people who knew him academically in college. Nathan Tarcov, professor of social thought and political science, whose other former student Ro Khanna was elected in 2016 to represent California’s 17th district, said, “I was pleasantly surprised that he had decided to [serve] through elected office.”

Tarcov, who co-hosted a fundraiser for Kim in 2018, had worked with Kim in a reading course on Plato’s Republic. Tarcov said that to him, “[Kim] seemed more wonky or nerdy,” but also added that that is perhaps what we need more of in politics.

Kim described working at the Chicago Coalition for the Homeless as a college student as one of his first steps into public service.

His work at the Coalition inspired him, but also left him frustrated by the democratic process.

“Endeavors that we were pushing were not getting the kind of attention that I felt like they needed,” he said. That realization set him on a course toward working within government, and today, he said he sees that “change and progress in our society requires champions both inside and outside of government.”

After leaving UChicago, Kim made his way through several levels of government. He briefly worked for the United States Agency for International Development before attending the University of Oxford on a Rhodes scholarship. There he earned both his masters and doctorate in international relations.

Kim then joined the Obama administration’s State Department in 2009, where he worked on the department’s Iraq policies. He became a part of Obama’s National Security Council as the director for Iraq a few years later.

The win came as a surprise, as the district had voted for Trump by 6 percent in 2016. At the same time, MacArthur had drawn flak for his support of the repeal of the Affordable Care Act, and across New Jersey, Republican candidates had to face intense dislike for the new federal tax code, which hit the state’s residents hard, placing a cap on state and local tax deductions.

“It was a long, hard-fought fight, and New Jersey played a very critical role [in flipping the House],” Kim said.

To Kim, reaching out to his new constituents who did not vote for him and who disagree with him lies at the heart of public service. “I have a very strong sense of what public service means in my own mind, which is always geared towards the American people first,” he said. “I am not trying to think about this as Andy Kim with a D next to my name.”

“What is most important is lighting that fire––finding that spot, that passion inside you, no matter what path you take,” he said. From there, “It is always important to understand what is driving and compelling someone to continue to improve, to never have ambition for ambition’s sake, and that these efforts are guided by and grounded in a deep commitment.”