Midsommar Is Alright but Could Be Shorter 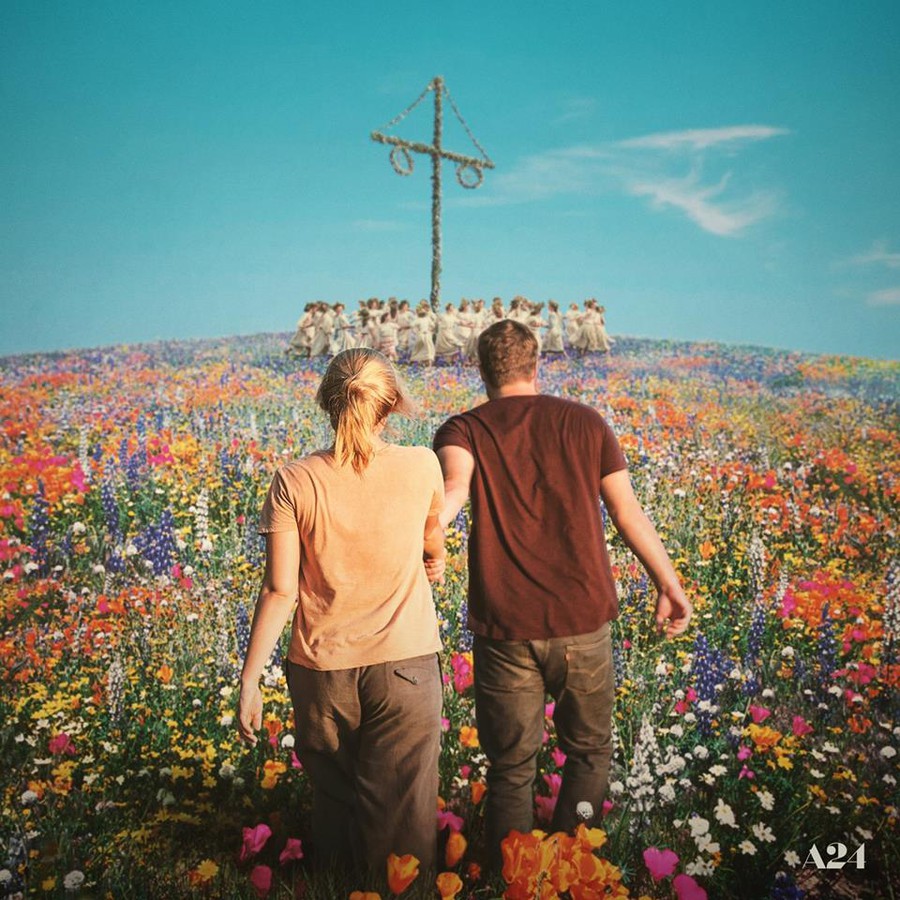 Among other things, Midsommar is what you get when you cross a bad shrooms trip with the world's worst break-up.

Warning: This review contains spoilers for the movie.

From live-action remakes of classic animations to glorified dramatizations of the lives of legendary pop culture icons to new installments of series I wish I had forgotten when I graduated high school, the summer of 2019 seemed incapable of producing an original film. Such were my frustrations when I jaunted my way into the Max Palevsky Cinema in Ida Noyes Hall for a 171-minute director’s cut screening of Ari Aster’s floral Scandinavian nightmare, Midsommar.

The flick did not disappoint. In fact, beyond doing the seemingly impossible and creating a movie that does not recycle old narratives, characters, and ideas, Aster managed to startle many an unassuming moviegoer with his highly imaginative depictions of death, sex, and other themes. Some scenes that come to mind feature elderly folk jumping off cliffs, an inbred oracle wearing someone else’s face as he bludgeons a man to death, and a game of repeat-after-me between a girl engaged in sexual intercourse and a chorus of nude onlookers, including the girl’s mother. While Aster was not able to maintain quite this level of aesthetic absurdity for the whole three hours of the film, the rest of it is nothing to denigrate, as it sweeps the viewer on a pitch-perfect shrooms trip through a colorful pagan festival in the remote Swedish countryside.

However, once one digests the eye candy, it becomes evident that most of the titillating cinematography adds very little substance to the fairly straightforward plotline, raising the question of whether it is even worth the two-and-a-half-hour wait for the story to pick up the pace.

The plot revolves primarily around Dani (Florence Pugh), a young woman who has just lost her entire family due to her sister’s murder-suicide. Still grieving, Dani accompanies Christian (Jack Reynor), her unavailable wet noodle of a boyfriend, and his annoying friends, Mark (Will Poulter), Josh (William Jackson Harper), and Pelle (Vilhelm Blomgren)—all grad students—to Pelle’s birthplace, a mysterious ancestral commune in Sweden called the Hårga. They arrive in time for Midsommar, a celebration of life, death, and nature both twisted and beautiful, which takes place once every 90 years. As the premise suggests, the film is in part a folk-horror movie—young adults get sucked into a strange pagan ritual—and you know the rest. Mark and Josh, a vape-addicted wannabe bro and a Ph.D.–obsessed culture vulture respectively, are so annoying that you can’t wait for the Hårga to kill them off.

In this sense, the first two-thirds of the movie are somewhat boring and predictable. However, in portraying the American boys in such a negative light, Aster subversively softens us to the Hårga, who, while very into human sacrifice, also have an otherwise peaceful and harmonious way of life and are admirably mindful of their relationship to the natural world.

Dani, meanwhile, seems to be the only sensible person in the entire movie. On the one hand, she is mortified by the sacrificial customs of the Hårga, whereas Josh and Christian, both anthropologists, seem equal parts fascinated and bothered by them. On the other hand, she is also respectful of the community, in contrast to Mark, who urinates on their ancestral tree, and Josh, who snaps pictures of their prophetic texts, despite being explicitly prohibited from doing so. Pelle, who grew up in the community, takes on the role of vapid prince of sunshine and rainbows, while also trying to flirt with Dani.

The movie takes on more of a fairytale feel as it reaches its climax, only two-and-a-half hours in, when Dani participates in and wins the maypole dance competition, making her the Hårga’s “May Queen,” and then walks right into Christian participating in a sex ritual with a Hårga girl, after having been drugged with pubic hair and menstrual blood. At this point, a happy ending does not seem in the books for Dani. But before long, Aster pulls the rug from beneath our feet in the most twisted way possible, revealing exactly why Midsommar is, ultimately, a horror movie.