The House at Comer Children's Hospital has welcomed back families who were moved to the Hyatt Place hotel while the House's flood damage was repaired. 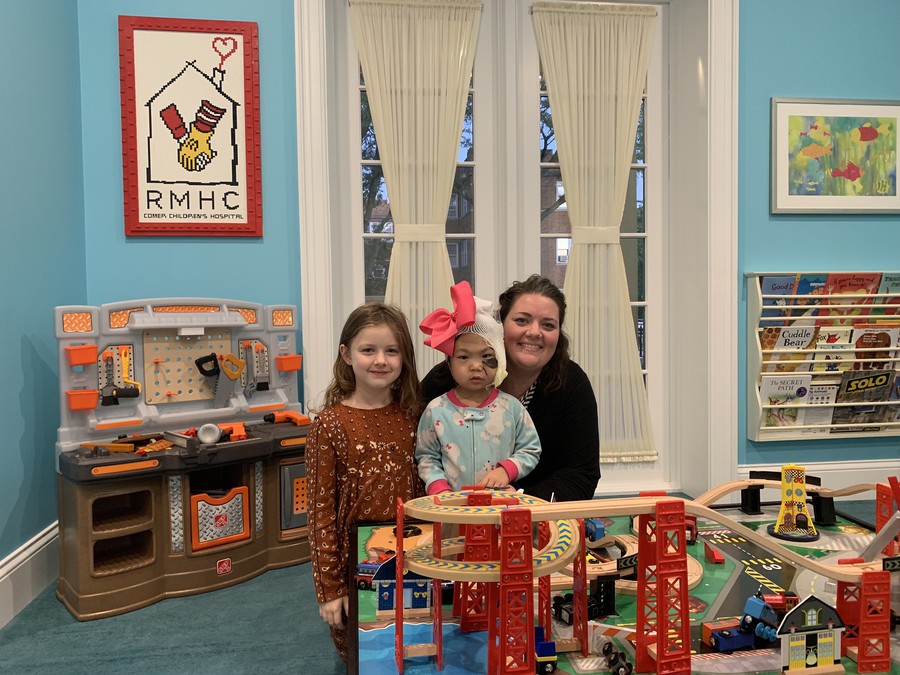 Penelope, Scarlett, and Jessica Wardelle (left to right) live in Idaho and come to Chicago to see specialty doctors for Scarlett's condition.

The Ronald McDonald House at Comer Children’s Hospital reopened its doors this past weekend after eight months of construction. Program Director Merdelle Gundlach said she is excited to get back to building a supportive community at the House, which serves families and patients at Comer Children’s.

In February, the house experienced flooding after a frozen pipe burst, causing $3.1 million worth of damage. The reconstruction project was initially expected to take three months but ended up taking eight as the organization fixed the damage and renovated the space for families.

Gundlach acknowledges that “it has been a difficult journey” to get the house running again, but said she is excited to welcome back families who were placed in the Hyatt Place hotel in Hyde Park while the house was being reconstructed.

“The biggest challenge was not really seeing the families all the time, because we really did not even meet them sometimes, because they would be at the hotel. So that was the part I missed the most,” Gunlach said.

Jessica Wardelle and her family, including her seven-year-old daughter Penelope and three-year-old daughter Scarlet, moved into the house the day it reopened on October 12. Scarlet recently underwent surgery for a skin condition.

Prior to the reopening of the Comer House, Wardelle and her family stayed at the Ronald McDonald House near the Loyola University Medical Center for Scarlet’s past surgeries. Wardelle said the experience of staying in a Ronald McDonald House was not only helpful but also gratifying, thanks to the sense of community.

“It feels really good to know you are not alone and you are all going through similar situations together…. It really makes the stay a lot nicer than being isolated in a hotel,” Wardelle said.

Wardelle also says staying in the house has helped Scarlet’s recovery from surgery by making her feel more comfortable and relaxed when she is not at the hospital.

The volunteers who assist in the daily demands of running the house are another part of the Ronald McDonald House community.

Betty Butridge has volunteered at the House for over 30 years and said she is ready to get back to making meals and helping families.

Butridge was saddened when she heard that the House would be temporarily shut down, because she would miss her connections with the families that stay at the House.

Butridge urges people to come volunteer at the House as operations resume. “It is just a warm place to be and I cannot think of a better place to spend my time,” she said.

Gundlach said the goal of the House going forward is to “keep families happy and make sure we service them.” Since 15 families moved in on opening weekend, there is plenty of work to be done.