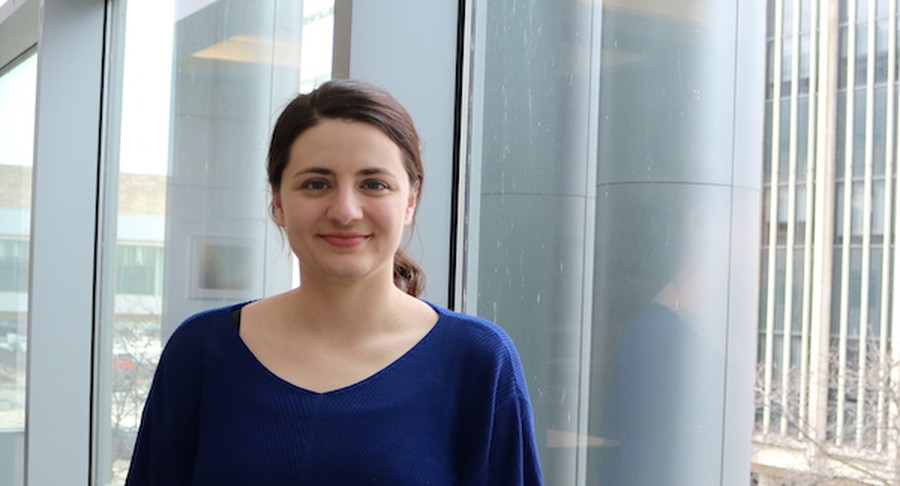 Gene therapy is a medical technique that uses genes to treat or prevent disease. While this technique is relatively new, gene therapy inserts healthy genes into a patient’s DNA in the event that the patient may have, or is at risk of having, a gene mutation that can cause disease.

For example, biotech companies are holding clinical trials right now to find gene therapy technologies to potentially cure ALS, a disease that is caused by a gene mutation.

Rauch is a fifth-year Ph.D. student at the University in the Department of Chemistry. Rauch told The Maroon that she has always been “interested in the chemistry that nature performs.” Rauch explained how fascinated she was, even since high school, in the “chemical reactions that happen in your body that make you live.”

As a high school student in Zurich, Switzerland, and an undergraduate student at Boston University, Rauch was interested in the nature of biology within the human body and how the everyday processes that allow for us to exist happen at the molecular level.

CRISPR–Cas9 technology is an established method in gene therapy, which has been used in recent years to alter the DNA of a patient in order to prevent or treat diseases caused by genetic mutation.

In an interview with The Maroon, Rauch explained that CRISPR technology uses Cas9, a bacterial protein that “chops up DNA with the idea to chop up any intruder.” In other words, Cas9 cuts DNA at a particular spot so that DNA can be added or removed based upon the result of the original gene mutation. Rauch predicts that CIRTS, however, will be revolutionary for multiple reasons.

First, this new technology is less risky than CRISPR–Cas9 because it does not alter a patient’s DNA, as RNA exists only temporarily. So, if a patient responds badly to changes in his or her RNA, no long-term damage has been done and the treatment can simply be stopped.

Secondly, CIRTS is developed from the human genome rather than a protein from a bacterium, making it less complicated to develop. Lastly, CIRTS is a much smaller protein than that developed from bacteria or Cas9, and so it is much easier to deliver.

Ultimately, CIRTS is a significant development from CRISPR. It can target multiple diseases at the same time because it focuses on RNA rather than DNA.

If DNA is the original gene instruction for cells, then RNA is the manifestation or translation of those instructions—making alterations to RNA, rather than DNA, is much safer because the changes are reversible.

Rauch said that this technology is unique because “you can try and boost translation of one protein while downregulating another protein at the same time, which hasn’t been done. I don’t think you can really do it efficiently yet, so really we’re excited to develop this further into a therapeutic product.”