You Like Jazz? Lage and Hersch Dazzle at Logan 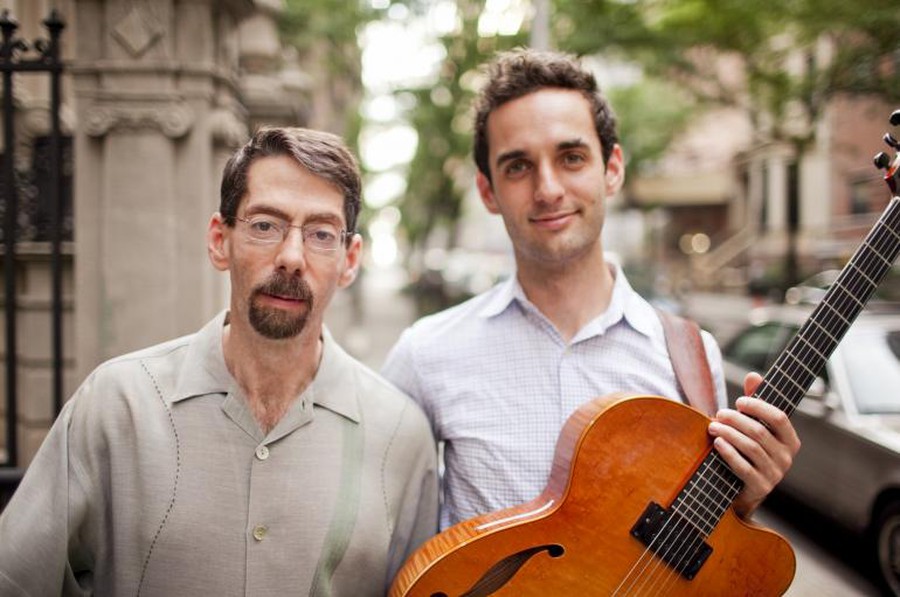 On Friday, October 18, the Logan Center kicked off the 2019–20 Jazz at the Logan season with an entrancing performance by jazz guitarist Julian Lage and jazz pianist Fred Hersch. Though the two artists come from different generations, they have formed a highly successful musical duo, releasing a Grammy-nominated duet album in 2013 titled Free Flying.

The duo opened the concert with “Beatrice,” a song dedicated to Lage’s wife. Lage and Hersch’s musical chemistry was readily apparent with Hersch’s delicate and light piano-playing interchanging with Lage’s skillful guitar-playing. Hersch and Lage went on to play many songs from Free Flying, the majority of which were composed by Hersch. The program ranged from more spirited numbers such as “Beatrice,” a Sam Rivers classic, to slower numbers like “West Virginia Rose,” dedicated to Hersch’s late mother, and “Tango.” Many songs throughout the night were dedicated to friends and family of the musicians, adding an emotional core of the performance. They also included several Thelonious Monk pieces and a jazz take on the classic pop tune “Love Hurts.” The concert ended with an encore performance of another Thelonious Monk song.

The variety of pieces allowed the two players to show off their broad range, from highlighting slower, more emotional moments to displaying amazing technical prowess in faster moments. The interplay of Lage’s guitar and Hersch’s piano produced an entrancing effect, heightened by the joy the performers took in playing their pieces.

No matter what piece it was, Lage and Hersch were always stunning in their ability to play off each other, each interchanging solos throughout the pieces. This interplay between the two players exhibited one of the great benefits of jazz; in contrast to the strict rules of classical music, jazz allows for a more casual atmosphere, where players are free to riff on feelings in the moment.

One reason both players complement each other so well is their shared light, understated style. Neither Hersch nor Lage are heavy or bombastic players, which allows them to seamlessly blend together. This effect gave the aforementioned spirited pieces a light and almost playful feeling, and added a delicacy and beauty to slower pieces such as “West Virginia Rose,” creating a chemistry that could be appreciated by both jazz enthusiasts and those who know nothing about jazz.

Hersch and Lage gave an enjoyable performance to kick off this year’s Jazz at the Logan series, managing to call back to jazz greats like Bill Evans and Jim Hall, as well as highlighting the bright future of the genre. The enthusiasm associated with this performance certainly bodes well for future performances in this year’s Jazz at the Logan series, which can hopefully entertain both longtime jazz fans and new converts.