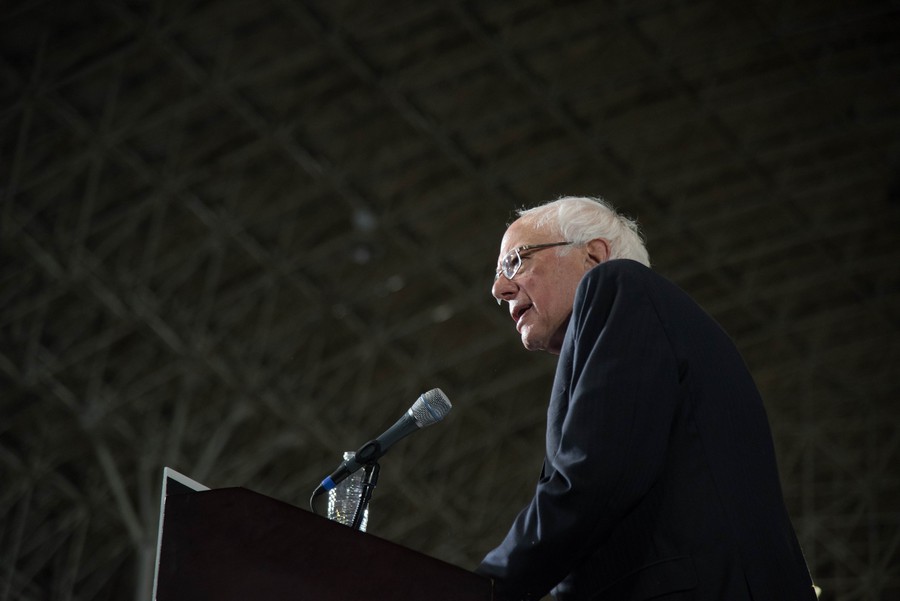 Bernie Sanders (A.B. ‘64) speaks at Navy Pier about his work as an activist when he was a student at the University of Chicago.

Aldermen from four other Wards announced their endorsements of Senator Sanders for the 2020 Democratic Primary last Thursday.

Jeanette Taylor, alderman of the 20th Ward, endorsed U.S. Senator Bernie Sanders early on Thursday afternoon on her official Twitter and Facebook accounts. In the announcement, Taylor wrote, “Senator Sanders is not in this to do the popular thing but to do the right thing, even when it’s not easy or convenient. This is why I support his candidacy for President of the United States.”

The 20th Ward encompasses parts of Woodlawn, Back of the Yards, Canaryville, Washington Park, and Englewood. Taylor took office this past May after winning the runoff election in April against nonprofit employee and former school teacher Nicole Johnson. She is known for her community activism in the area and is a member of the Democratic Socialists of America (DSA). Taylor’s campaign platform consisted of progressive policies that have been championed by the Senator as well, including raising the minimum wage, the creation of affordable housing, and universal childcare.

By Zeff Worley and Oren Oppenheim

“We have begun the political revolution, and now we’re going to complete it.”