The Gods and Gold That Remain: Chicago Open House 2019 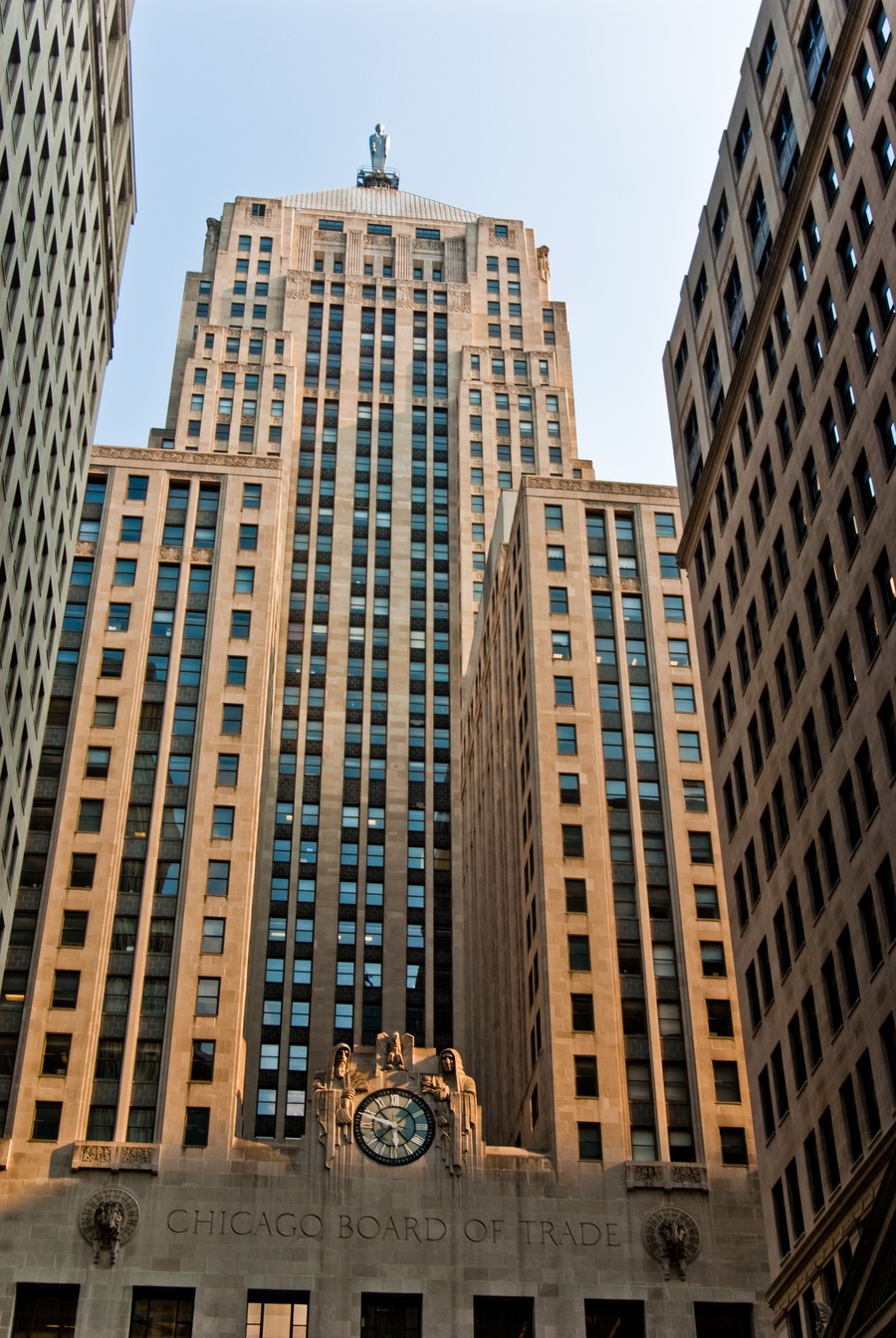 Chicago Open House visitors waited in line to enter the Art Deco vaults at the Chicago Board of Trade building.

From the original Sears Tower to Frank Lloyd Wright’s Unity Temple, the ninth installation of Open House Chicago unlocked a plethora of the city’s most exclusive, hidden, and opulent sites. Presented and sponsored by Wintrust Bank, gold and God dominated this year’s Open House, with most participating buildings being businesses, financial institutions, and places of worship or religious solidarity.

In the downtown area, long queues tailed street-level entrances to skyscrapers usually quiet on weekends. Among the sites I visited, the toughest wait was at the Chicago Board of Trade Building. Unless one got there exceptionally early, according to a volunteer at the site, a 20- to 30-minute wait in line was necessary for the tour to the basement vault. After cruising through the spacious and elegant vault that stored more trade papers than gold, we waited another five minutes to take pictures with its elaborate, gold-plated door. A charismatic staff member entertained us while efficiently clicking phone pictures. A wide assortment of tones and languages rang through the tall hall, as parents explained the gigantic quantities of corn sold through the Chicago Exchange to their fascinated kids and friends took selfies with the Art Deco wall ornaments.

This bustle could not be more different from my experience at the Hyde Park Bank Building on 53rd Street. True to its original design, only the central door of the enormous building leads to the bank itself. Two volunteers sat chatting about the gloomy weather with a security guard. After a flight of stairs, I was greeted by two more volunteers at the main hall of the bank. My footsteps echoed in the empty lobby, accompanied only by Bach playing from a volunteer’s laptop.

An employee of the Hyde Park Bank explained how the building was recently renovated, a gold platter being added to the ceiling to better reflect light from the chandelier and glass windows. He went on to semi-briefly recount the life story of its creator, Karl Vitzthum, a prolific architect who also designed the Randolph Tower and the One North LaSalle Building.

Hyde Park Bank Building is perhaps Vitzthum’s most significant work outside of the Loop, erected in all its symmetrical neoclassical glory in early 1929. During the Great Depression, however, Hyde Park Bank crashed, along with almost half of the nation’s financial institutions. The building was soon occupied by other businesses, and its current occupant, Wintrust, eventually purchased the Hyde Park Bank in 2012. Perhaps, like its delicate chandeliers, which need to be laboriously cared for, the prosperity of an independent financial institution is precarious and rare.

Among the trendiest sites featured in Open House Chicago was Boxville, a marketplace located next to the 51st Green Line Station in Bronzeville. As its website boasts, it is Chicago’s ”first street food market and container mall,” where residents and visitors can enjoy a snack, a drink, and some innovative shopping out of shipping containers.

During my visit on a chilly Sunday morning, a DJ was playing his mixtape outdoors as people enjoyed some roasted food. The owner-cum-artist of a T-shirt printing storefront first asked my name and then greeted me with a solid handshake. I chatted with an intern about the design process while the owner greeted a few other visitors. Outside, two groups of strangers began a match of ping-pong. On an uneven lot that would have otherwise been desolate, Boxville was bustling with colors and sounds.

There were many other new business models represented in this year’s Open House lineup, such as the Overton Business and Technology Incubator, housed in an abandoned elementary school complex. The contrast between the seemingly inflexible Art Deco frames and sleek gold vaults and the solid and cartoonish colors of Boxville forces one to consider how much our economy and culture have changed in the past century. While some buildings pay homage to their history, we must be aware that these historical sites can also be destroyed, forgotten, or reappropriated. Traveling through the hundreds of sites made public during Chicago Open House in the span of two days, it’s easy to see the different ways of life in Chicago that have faded away, those that have remained, and those still to come.