The Jury Is Out on "Clemency" 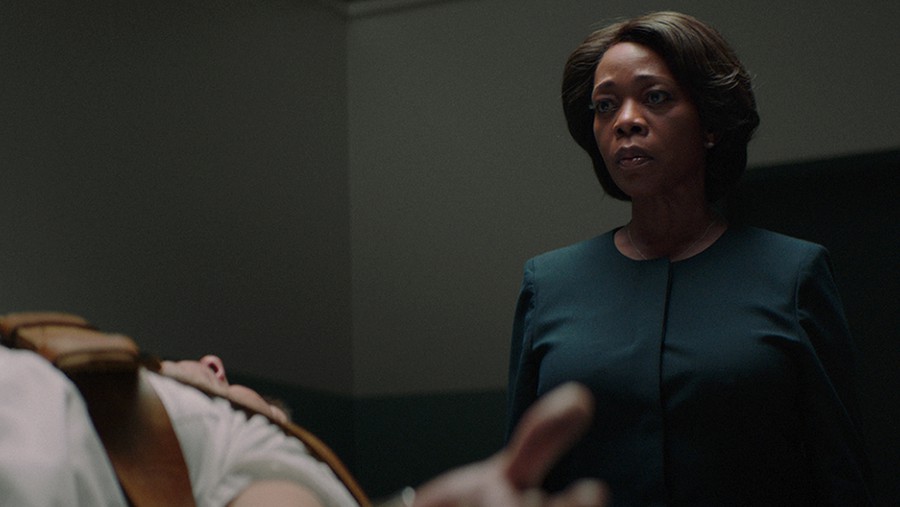 The death row drama Clemency was screened at the 55th Chicago International Film Festival, following its debut at this year’s Sundance Film Festival, and it is dramatic, conflicted, and devastating. Told through the perspective of Bernadine Williams (Alfre Woodard), a prison warden who oversees the executions of death row inmates, Clemency puts capital punishment at the center of its emotional and ideological clashes.

As the film progresses, writer-director Chinonye Chukwu places Bernadine in increasingly taxing and devastating situations. From heightened media scrutiny following a botched execution to human-rights groups protesting outside her office, Chukwu carefully peels back the layers of Bernadine’s tightly-controlled psyche. This is where Woodard elevates Clemency to new dramatic heights with her brilliant acting performance. Her stoic mask as she patrols the halls of the prison and relays executional procedures, as well as her frightened gasping amidst recurring nightmares, all serve to immerse the audience in Bernadine’s turmoil.

However, Clemency falters in its presentation of Anthony Woods (Aldis Hodge), the African-American man whose impending death sentence forms the crux of the movie’s conflict. The film offers small tidbits of his persona, in particular an obsession with drawing birds and desperation and fear of his upcoming sentence—lingering pieces of his past before prison. Yet, these pieces muddle Woods’s character, and obscure the greater conflict surrounding his death.