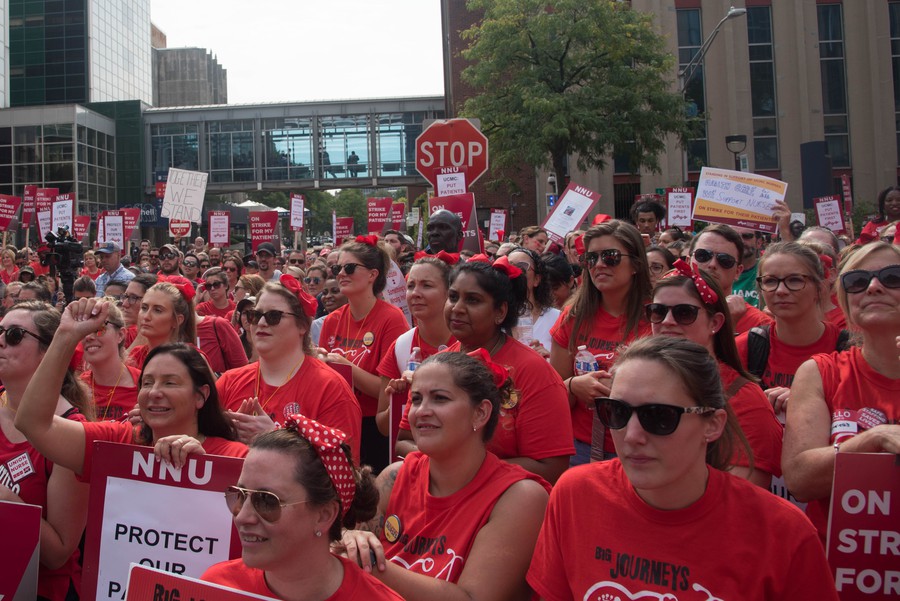 Nurses at the University of Chicago Medical Center (UCMC) voted overwhelmingly to strike for the second time in two months during an election held Wednesday.

The National Nurses Union (NNU), representing over 2,200 nurses at UCMC, said 92 percent of the nurses voted in favor of the strike.

The strike will take place on Tuesday, November 26, according to an letter that hospital administrators sent to all faculty, staff, and students working in the hospital on Thursday. UCMC was given notice of the strike on Thursday, said the letter, from UCMC president Sharon O'Keefe and dean and executive vice president of medical affairs Dr. Kenneth S. Polonsky.

UCMC nurse and NNU member Pam Valentine said the strike is expected to last one day.

The announcement of the strike comes on the heels of a one-day strike that nurses held in September, protesting unsafe working conditions they claim were due to understaffing and the administration’s unresponsiveness to workers’ complaints. Nurses have been negotiating with the University since their last contract expired in April this year.

During the September strike, UCMC bypassed all ambulances, closed units, and transferred patients to nearby hospitals. Hospital administrators said in Thursday's letter that similar preparations for the upcoming strike are forthcoming.

“We are extremely disappointed by the Union’s decision to strike, as we did not want another walkout and have been working earnestly at the negotiating table to reach an agreement,” hospital administrators said in the letter.

Valentine told The Maroon that the nursing support team can perform a variety of tasks, including discharging patients, giving medicine, assisting with bedside tasks, and taking patients to tests. On the other hand, the proposed intravenous therapy team would only insert needles for intravenous therapy.

Valentine says that this move will not sufficiently address ongoing complaints of understaffing, and that getting rid of  nursing support staff will make nursing more difficult.

“[W]e are going on strike because management has proposed eliminating the critically needed patient care support nurse role,” NNU organizer Marti Smith said in an emailed statement to The Maroon.

Hospital administrators said in Thursday's letter that the “UCMC offered significant compromises on many key issues during bargaining sessions on November 7 and 11, and invited the Union to work with us. [Thursday], the Union rejected all of the compromises that UCMC had offered on major issues and gave us a proposal reinforcing its inflexible demands.”

The NNU says they will continue negotiating with UCMC during the strike. Valentine said the UCMC “still hasn’t come up with a contract the nurses feel they can live with.” In their letter, hospital administrators also expressed the UCMC’s intention to continue negotiations, saying that the NNU and UCMC have scheduled meetings on November 26, December 11, and December 18.

After failing to reach an agreement to increase staffing, nurses strike in protest of understaffing and dangerous working conditions.