From Svalbard to Lebanon 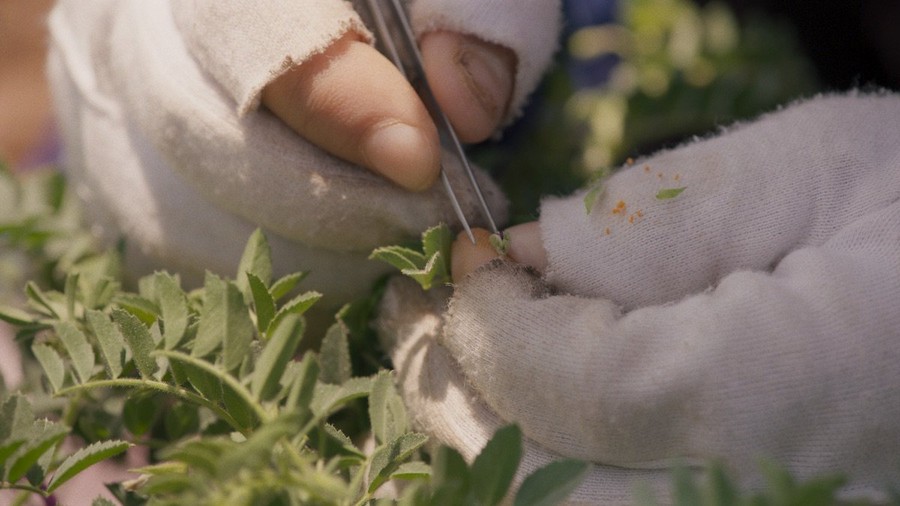 "Wild Relatives" explores how humans forge and preserve relationships with each other and the environment during times of geopolitical tension.

“Do you think humans are evil?” a scientist asks a priest as they overlook the Norwegian archipelago of Svalbard, dotted with colorful houses in an otherwise bleak and mountainous landscape. “I believe in humans,” the priest replies simply. They discuss a recent polar bear sighting, British parliamentarians, and a 32 centimeter–tall weed that sprung up next to the church and was promptly plucked by the governor.

In 2012, the Syrian Civil War forced the International Center for Agricultural Research in the Dry Areas (ICARDA) to move from Aleppo to Beirut, prompting the Svalbard Global Seed Vault to facilitate its first ever withdrawal of seeds. This event, heralded by some as the first horseman of a coming apocalypse, sparked the inspiration behind Jumana Manna’s excellent film, Wild Relatives, screened at the Neubauer Collegium for Culture and Society on November 13, followed by a discussion with Manna herself.

Located on an island deep in the Arctic circle, the Svalbard Global Seed Vault is a cooperative project by the Norwegian Government, the Consultative Group on International Agricultural Research (CGIAR), the Global Crop Diversity Trust, and the Nordic Genetic Resource Center, among others. The vault stores copies of seeds from around the world to preserve their biodiversity in the event of a global crisis. As a vault administrator jokes in Manna’s film, they are planning for a future that they hope never occurs.

Before the film, Manna showed a series of striking photos of the two million–strong insurrection and general strike, now in its fourth week. One particularly poignant sign outside of an encampment read in Arabic, “They tried to bury us, but they didn’t know we were seeds.”

The film follows the journey of these seeds from Syria to Norway to Lebanon. However, the events themselves take a backseat as the film explores how humans forge and preserve relationships with each other and the environment during times of geopolitical tension. Much of the runtime is filled with gorgeous landscape sequences and scenes of intimate socialization, but Manna ultimately situates this presentation in the context of liberation struggles.

Some of the most powerful moments include when the film follows Lebanese farm workers employed by ICARDA, all of whom are female. Two of them share a cigarette in a greenhouse, teasing a coworker who doesn’t smoke, seemingly unaware of the massive political implications of their labor. Much of Wild Relatives’s message emerges through subtle and surprisingly sweet moments like this. There is little discussion of how the seed vault works, its scientific and social importance, or even the consequences of the conflict that it aims to mitigate. Instead, the film treats us to a gorgeous, introspective study of resilience and solidarity.

Following the film came a question-and-answer session with Manna. One question focused on the water politics involved in exacerbating the crisis in Syria. Although Manna was skeptical of pinning all responsibility for the civil war on climate change–induced drought, she did emphasize that control over local food systems is essential for political autonomy. In light of this, the Svalbard Vault can be conceptualized as a potential tool for corporate and colonial power, though Manna was careful to qualify these claims by stipulating that the vault is genuinely important in maintaining global food security in the face of unprecedented environmental degradation.