The University has limitless opportunities when it comes to spreading holiday cheer. 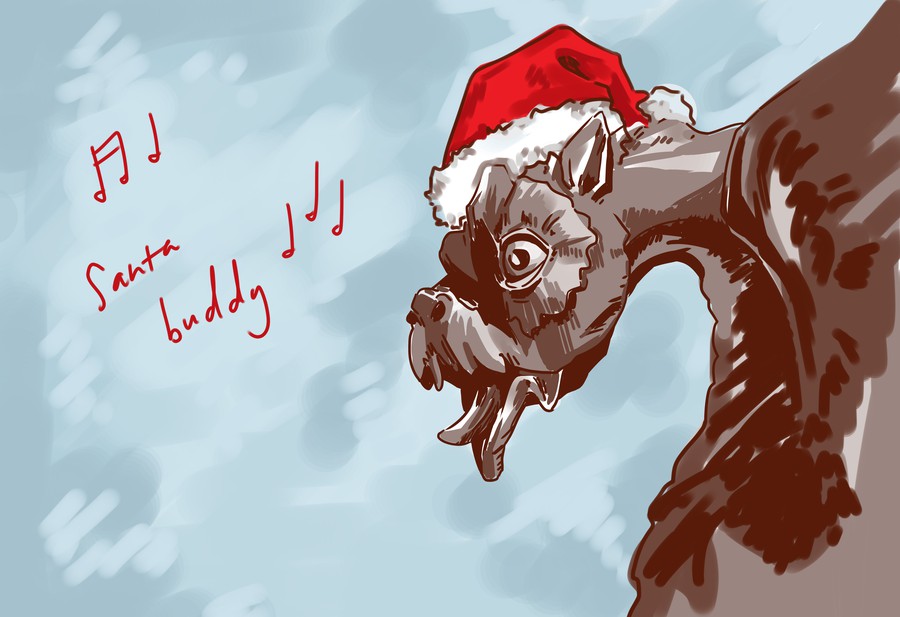 Recently, bonfires have started popping up around campus. Apparently part of a new University initiative to spread seasonal cheer, these bonfires offer warmth, free hot chocolate, and the exquisite scent of aromatic firewood. I didn’t expect campus to ever feel like a ski lodge, but it’s a welcome reprieve from the misery of 4:30 p.m. sunsets and looming finals.

One minor disappointment, however, is the lack of sound effects. The fires offer a source of light, the feeling of warmth, the taste of delicious cocoa, the smell of burning hardwood—everything you could want, really, except noise. They do make a pleasant crackling sound, but nothing too dramatic. Nothing about the fires audibly screams winter.

Fortunately, the administration has both the power and, as of this quarter, an easy opportunity to remedy this shortcoming. In late September, the Smart Museum launched “The Chicago Sound Show,” an outdoor sound art exhibition running through the end of December. Locations including Cobb Gate, Botany Pond, and the passageway between Classics and Wieboldt Hall were transformed into an acoustic showcase of “found sound,” with bizarre noises echoing through the once-familiar campus corridors.

Students, by and large, panned the new exhibition. The Smart described the exhibition at Botany Pond, Katherine Young’s “Resonance, and the Inhibition of,” as “sonically enhancing Botany Pond” through a work that “celebrates female-identifying scientists by extracting fragments of text from their writings, ornamented with hums, whirs, warbles, trills, and tones.” A popular meme in UChicago Memes for Theoretical Midwest Teens, meanwhile, described it as “that weird droning noise.”

Another meme described the feeling of unexpectedly encountering Andy Slater’s Unseen Re-heard, exhibited in the archway between Classics and Wieboldt, with a reaction image of a skeleton mariachi doll, captioned “Buenos Días fuckboy.” One UChicago Secrets post even fantasized, “The frequency of the sound installation precisely matches the resonant frequency of my body, killing me instantly.”

Now that the installation has been up for over six weeks, I think I’ve heard enough of this particular track. But when large speakers are dispersed around campus at strategic locations, the opportunities are endless. One possibility, from another Secrets post, offers the perfect complement to the bonfires: nonstop Christmas music for the rest of the quarter.

Imagine: as you walk to your calculus exam, reviewing formulas in your head, you pass through the Classics passageway. Instead of the jarring noises that previously echoed through the space, you are now enveloped by the melodious notes of Michael Bublé’s Juno Award–winning 2011 album Christmas. “Santa buddy,” Bublé sings, in his aggressively heterosexual cover of Eartha Kitt’s original, “a ’65 convertible too, steel blue, I’ll wait up for you dude.” Bublé’s voice stays with you, reminding you that, after your calc exam, the serenity and peace of winter break awaits. Your test anxiety melts away, and you ace your exam.

But Bublé isn’t the only option. Imagine the garden between Swift Hall and Bond Chapel echoing with “Hark! The Herald Angels Sing,” or the grim concrete corridor next to Pick enlivened by Bruce Springsteen’s cover of “Santa Claus Is Comin’ to Town.” And, of course, we’d have to find a place for Mariah Carey. It’d be the College’s most significant mental health initiative of the year.

It’s time to put up the holly, ring the bells, and fill campus with the spirit of seasonal joy. All we have to do is switch out “The Chicago Sound Show” for Ariana Grande’s Christmas & Chill. Your move, President Zimmer.

Sam Joyce is a fourth-year in the College.