"Knives Out" Is a Sharp and Funny Whodunit for Our Times 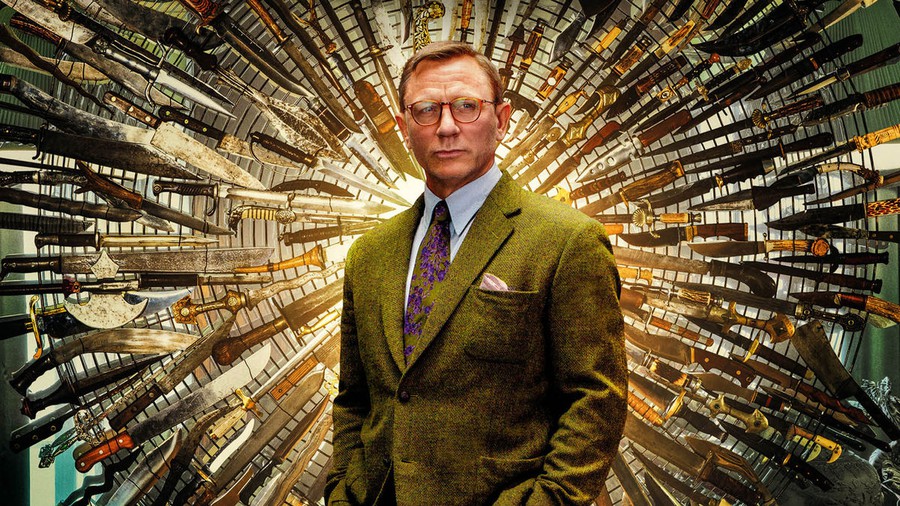 As high-budget superhero movies have taken over the box office in the past decade, it seems that the mid-budget genre film is dying out. Risk-averse movie studios simply can’t afford giving original IP a shot in a market where audiences care less and less about movies that aren’t tied to an existing franchise. Also, the high-profile stars that used to be enough to lure people to the theater no longer have the same audience draw; the commercial failure of films like The Mummy and Blade Runner 2049 are proof enough that star-studded casts don’t matter anymore.

Enter writer-director Rian Johnson’s (Star Wars: The Last Jedi, Looper) latest film, Knives Out. Marketed as a “Rian Johnson whodunit,” this murder mystery features an ensemble cast of some of today’s most popular actors. Knives Out is nothing less than a repudiation of the supposed death of old-school genre films, using the conventions of a genre that arguably had its heyday more than 30 years ago, and provides one of the most unabashedly fun movie-going experiences of 2019.

The setup for this film sounds like the typical classic detective story for anyone familiar with the genre. Played in flashbacks by Christopher Plummer, the patriarch of an eccentric wealthy family mysteriously turns up dead one night and private detective Benoit Blanc (Daniel Craig) suspects that someone in the family is responsible for his death. Chaos then ensues as the family breaks apart in the wake of their patriarch’s death. Keeping the film grounded, despite its larger than life characters, is the patriarch’s assistant (Ana de Armas) who appears to be the only completely sane person in the often hilariously out-of-touch family.

If it wasn’t already clear from the plot description, Knives Out revels in its inclusion of classic mystery movie tropes with a tight and funny script and over-the-top characters. Blanc is essentially a cartoon character; an amalgamation of classic detectives like Hercule Poirot and Sherlock Holmes, he is unnecessarily cryptic and exudes matter-of-fact confidence in his investigative abilities. Also—and this might be jarring to those who know Craig primarily from his work as James Bond—he speaks in an exaggerated Kentucky drawl. Craig chews the scenery constantly, giving a wonderful performance that’s both hilarious and true to the whodunit genre.

Johnson similarly put the rest of his talented cast to work by creating hilarious caricatures of rich family members so spoiled by wealth that they have lost much of their humanity. Standouts in the cast include Toni Collette, Michael Shannon, Chris Evans, and Jamie Lee Curtis, who each get moments to demonstrate their characters’ quirks. Of course, with such a large cast, some of the family members don’t get as much time to shine. Some, like Jaeden Martell’s (of It fame) alt-right teenage character, serve little purpose in the story other than the occasional one-off joke. That’s okay though, because the rest of the family has more than enough character to make up for some members getting little time to shine.

De Armas, on the other hand, gives a grounded performance as the patriarch’s assistant. She is undoubtedly the emotional core of the film, being the only truly human character in a cast full of exaggerated personalities. What her performance lacks in outlandish fun is made up for with relatability and award-worthy acting. She serves as a constant reminder of how out of touch the family is; the jarring difference between her behavior and that of the family keeps the film fresh by never letting the audience acclimate to the weird world everyone else in the movie inhabits.

Structurally, the film plays both into and against genre conventions. The plot is expectedly twisty, with new revelations constantly changing the context of Blanc’s investigation. That said, those reveals feel earned by the film’s conclusion. As all good murder mysteries do, Knives Out gives all its evidence to the audience before reveals, giving the plot the satisfying feeling of puzzle pieces coming together perfectly. More complicated than a simple “the butler did it,” the film’s mystery plays out in unexpected ways that buck genre conventions, while remaining true to the spirit of the classic stories that inspired it.

With hilarious writing, outlandish performances, and a plot that is exactly as clever as it needs to be, Knives Out is a compelling argument for the return of fun, original IP in movies. Unabashedly geeky in his regard for classic murder-mystery movies, Rian Johnson has created a cinematic experience that gleefully updates classic tropes for the modern day. Not only is this film a great time in the theater for this Thanksgiving, it is an instant classic, one of the best and most inventive whodunits in the genre’s recent history.

Watch this space to read the Chicago Maroon’s exclusive interview with Knives Out director Rian Johnson later this week.