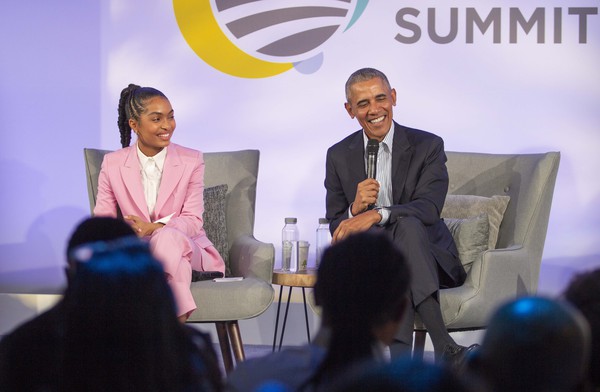 Former President Barack Obama offered warnings against call-out culture on college campuses before discussing the Obama Presidential Center (OPC) last Tuesday at the third annual Obama Foundation Summit. The summit was hosted by the Illinois Institute of Technology, and marks the first time in over a year that Mr. Obama has publicly spoken about the OPC.

We talked to Kurdish students about describing what it means to be Kurdish—and to belong to the world’s largest ethnic group without a state—during Turkey’s incursion into Northern Syria. Check out our video interview. 🎥

“Ethical Leadership”: Former FBI Director James Comey (J.D. ‘85) opened his talk at the Law School last Tuesday by defining ethical leadership, before moving on to discuss the Trump presidency. During the event he compared his interactions with various presidents, and reflected on how the current administration disregards truths.

With pieces such as a giant church fan, “Miller transforms the nostalgic item into a symbol of community, camaraderie, and tradition, bound together and preserved through shared faith.”

A new exhibition at the Smart Museum draws upon the idealism of the 1933 World’s Fair to negotiate the social and political implications of utopias.

“The contrast between the seemingly inflexible Art Deco frames and sleek gold vaults, and the solid and cartoonish colors of Boxville forces one to consider how much our economy and culture have changed in the past century.” 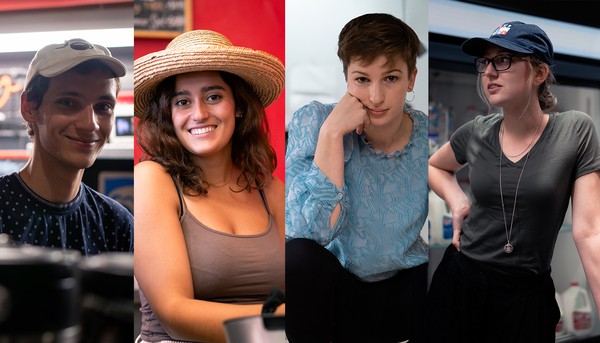 Four employees that work in cafes across campus.

Battle of the Baristas: If you don’t have a favorite campus cafe yet, check out our profile of four student baristas. Their responses on what makes their spot (and jobs) special may just sway your opinion one way or another.

According to U.S. Census data, about 33 percent of Hyde Park’s population is eligible for federal nutrition programs. Feed1st—an organization that partners with the University of Chicago Medical Center—is aiming combat local food insecurity by providing a food pantry and nutritious foods to patients and caregivers at the hospital.

State Senator Robert Peters, who represents the 13th district of the Illinois Senate, gave a talk at a recent meeting of the University of Chicago Democrats. Peters addressed his controversial appointment to the position and his experiences in the state Senate so far.

Women's Volleyball prepares for the UAA Championships as top seed.

Swimming and diving win 29 of the 32 events at their second meet of the season.

20th Ward Alderman Jeanette Taylor recently endorsed presidential candidate Bernie Sanders, becoming the fifth Chicago alderman to do so. Taylor, a member of the Democratic Socialists of America, won her seat this past April after a hotly contested race between nine candidates.

Future of the First Amendment: Legal Forum, one of the Law School’s student-run academic journals, organized a symposium that gathered academics and journalists from across the country to talk about the First Amendment. This is the first year in which panelists included members from outside of the legal field.