The new grocery is the first one to open in the neighborhood in nearly six years. 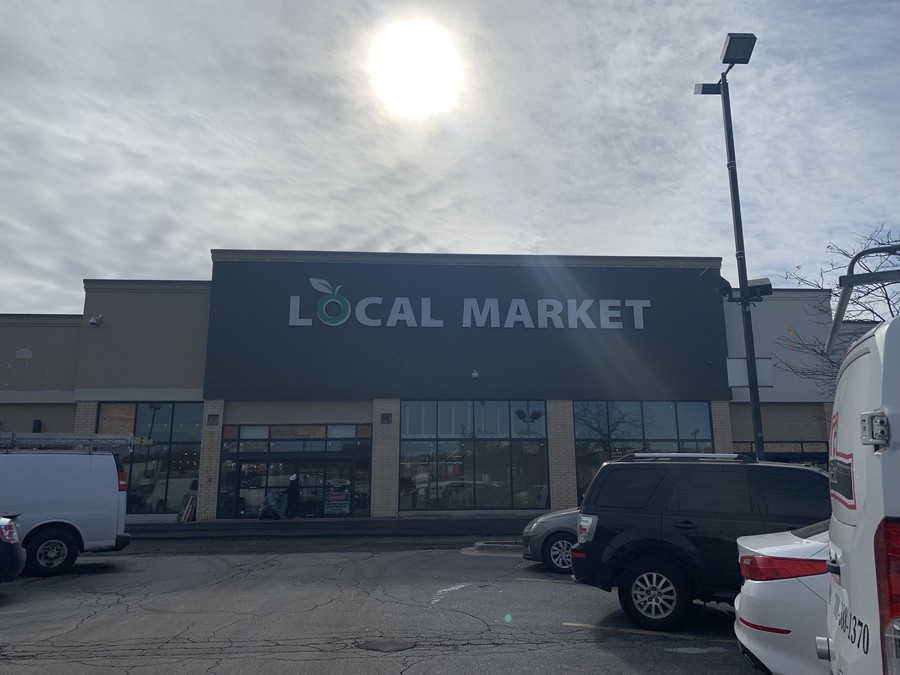 The Local Market grocery store will open later this month, the owners say.

A new Shop & Save Market is expected to open November 20 in South Shore’s Jeffery Plaza, ending the neighborhood’s nearly six years without a full-service grocer.

South Shore has been classified as a food desert by the City of Chicago since 2013, when Dominick's left the neighborhood.

The store’s opening is the result of efforts by the Grocery Store Task Force, a group of representatives from City Council, industry, and organized labor formed by former Chicago mayor Rahm Emanuel to support efforts to reoccupy nine grocery locations that became vacant after the closing of fifteen Dominick’s food stores across the city in late December of 2013.

The group is supported by Leslie Hairston, alderman of the Fifth Ward, which includes South Shore. Shop & Save Market’s announcement last year that it intended to come to the South Shore neighborhood was a major victory for Hairston, who used the achievement as a cornerstone of her reelection campaign earlier this year.

More than 300 residents of South Shore attended a hiring fair for the new store in October.

“This neighborhood has gone down since I’ve lived here. We had everything, we didn’t even have to go downtown for anything,” Fruge told The Maroon. “We had all the things we needed in this neighborhood, but all that’s gone now.”

Fruge now goes into Hyde Park to buy his groceries, about a 30-minute bus ride, and said that many people are forced to travel long distances and pay higher prices in order to get fresh food for their families.

“Anytime you have to go out of your neighborhood that’s an inconvenience…. [South Shore residents] don’t have access to fresh food. They have so-called ‘fresh food’ but it’s not of a higher quality as it was when Dominick’s was here,” Fruge said.

According to a press release from former mayor Emanuel’s office, Shop & Save reached a $10 million Tax Increment Financing (TIF) agreement with the city this past February as a part of the city’s efforts to eliminate food deserts. In a TIF agreement, the city subsidizes redevelopment of a certain area by sending some of the revenue that is earned through property taxes in that area to help fund further development.

According to Eva Jakubowski, who owns the Shop & Save chain with her husband Cezary, the company decided to name the South Shore store Local Market to better convey its goal of working with the community.

“Our goal is to become a local market, a store that will cater to the South Shore community, specifically to all of our neighbors, and that we will be embraced because of the things that we will offer,” Jakubowski told The Maroon.

Jakubowski said that the store will work to meet residents’ requests by providing affordable, fresh, and quality produce, offering prepared food options, and including a wine and beer bar where local groups can come to meet—a feature that other Shop & Save locations do not have.

“We are very focused on the healthy, homemade quality ingredients, but at very affordable prices, which I call value,” Jakubowski said.

Cintinia McPhan, who lives in South Shore and interviewed for a position at Local Market, expressed her excitement for the new grocery store. While holding a Jewel-Osco bag full of groceries, McPhan explained that commuting over a mile to Stony Island and 75th Street to pay higher prices for her groceries has been an inconvenience.

“[Local Market] looks beautiful. It is going to be a fresh start and let’s try to keep it in the neighborhood and promote the business,” McPhan said.

According to Jakubowski, the store is poised to open just in time for Thanksgiving as long as construction and the hiring process remain on schedule. Jakubowski expressed optimism for the store’s success but noted the history of previous grocery stores that have come and gone from the neighborhood.

“I understand the concern, and this concern is not only for our neighbors—it’s a concern for us…. There is a lot of love from our end that went into this location. We want our neighbors to understand our success is only dependent on them,” she said. “This store can only be as successful as the support we receive from the neighborhood, and that is the key.”

Fruge was hesitant about the store’s prospects for the future but is still interested to see the store’s impact on the community.

“I won’t say I am optimistic, but I’ll say this: The opportunity is there,” Fruge said.

The branch of Chicagoland-based chain Shop & Save, beset by delays, finally greeted customers on December 11.