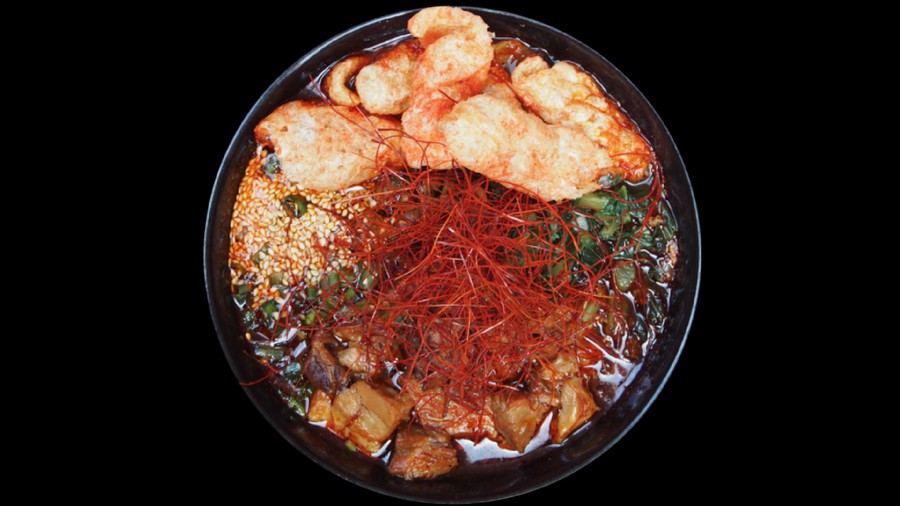 Chicago ramen shop Strings Ramen, home of the “Monster Hell Ramen Challenge,” is opening a location on 53rd Street. They will occupy the space at 1453 East 53rd Street, which was filled by Hiro Sushi until it closed earlier this year.

In an email sent to The Maroon, the business’s proprietors said the new restaurant is “planning on opening in a month, month and a half.”

Ramen at Strings is served in one of four broths: Shoyu, Shio, Miso, and Tonkotsu. Noodles are made on the premises using a Japanese dough mixer, which kneads the dough before it is made into noodles. They also serve oden, or Japanese fishcakes, and other delicacies in light broth, Japanese sodas, desserts, and other specialties.

Strings is a first-come, first-serve restaurant that does not accept reservations. They will “try to turn [their] tables over quickly so that [they] are able to serve the busy stream of hungry customers,” according to their website.

Strings Ramen maintains three other locations in Chinatown, Lakeview, and Madison, Wisconsin. All three locations have a dine-in option as well as a more limited takeout menu. The Chinatown location also has a BYOB policy with no corkage fee.

A specialty at Strings, the “Hell Ramen,” can be ordered at one of five levels of spiciness. Customers who finish the spiciest level in 20 minutes—known as the “Monster Hell Ramen Challenge”—receive a $50 gift card and a free T-shirt. Their meal is also paid for.