This Will Destroy You and Your Eardrums 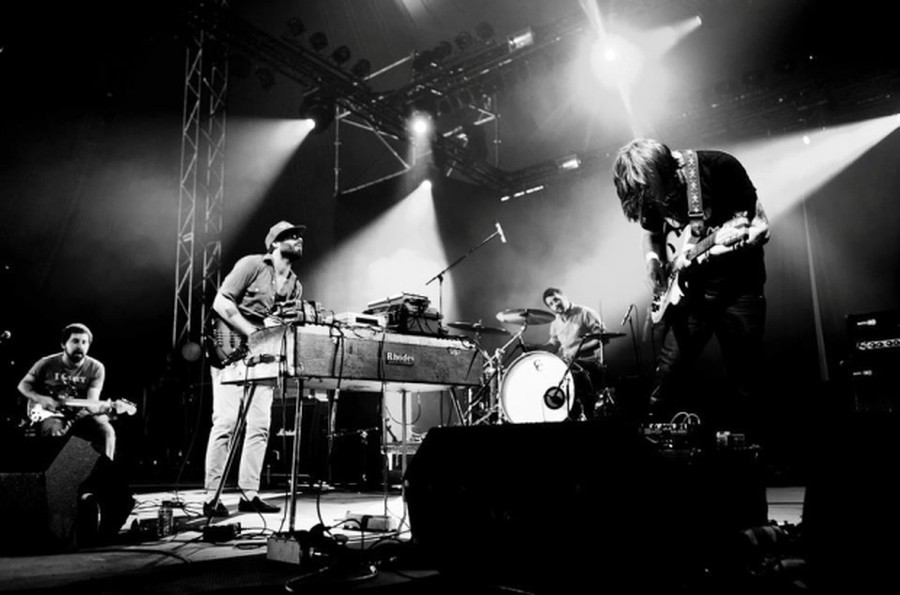 Only without the earplugs can one hear the magical sound that a band like this produces: the shimmering, otherworldly, static scream behind the music, like the sound of the earth itself moving.

The music of This Will Destroy You, a band gaining popularity in the ambient post-rock scene, is meant to be experienced rather than listened to. The thing about instrumental music is that one can rely only on song and album titles as a framing device to understand the music conceptually. This reliance forces the listener to attach the song to a concept or just enjoy the music as an experience in itself rather than an evocation of something outside of it.

This idea applies even more to the experience of a live This Will Destroy You concert. Even without lyrics, This Will Destroy You gives the listener a lot to work with. For one, it’s loud. On the tiny Sleeping Village stage, the two guitarists, bassist, and drummer were all playing at maximum volume. Wary of hearing loss, I was wearing earplugs, a little sad that I could not hear the full range of the band’s sound. Only without the earplugs can one hear the magical sound that a band like this produces: the shimmering, otherworldly, static scream behind the music, like the sound of the earth itself moving.

However, the sheer volume of the band’s set transformed the performance into a full-body experience. If you close your eyes as the band plays, walls of sound will course through your body like waves, doing relatively little to your ears but making your entire body shiver. When a song ends, you can still feel the sound reverberating through you.

The thing about going to see This Will Destroy You is that you know what you’re going to get. All the songs are essentially the same: The guitar starts out with a few chords, there’s usually a synth, and then the drums kick in and the song really starts going. The other guitar and bass will enter in the mix with a characteristically wailing drone and the song will climax. Then, the instrumentation will fade, and the song will either end or the riff will change to begin its procession towards another climax.

It’s a slow, predictable process, and it doesn’t have the same punchy, turn-on-a-dime quality of music that one can mosh to. Nothing happens immediately; the pieces will not be rushed. So, the only real way to experience the music is to let the songs flow through you rather than to try to flow with them. The band’s newest album New Others Part Two, like its other albums, follows a trusted formula and changes only in presentation. But damn if it doesn’t work.

This Will Destroy You played its signature song “The Mighty Rio Grande” in the encore, and I took out my earbuds for the whole 12 minutes of the piece to hear that beautiful deafening pulses of noise.