Provost Diermeier to Leave Post for Chancellorship at Vanderbilt 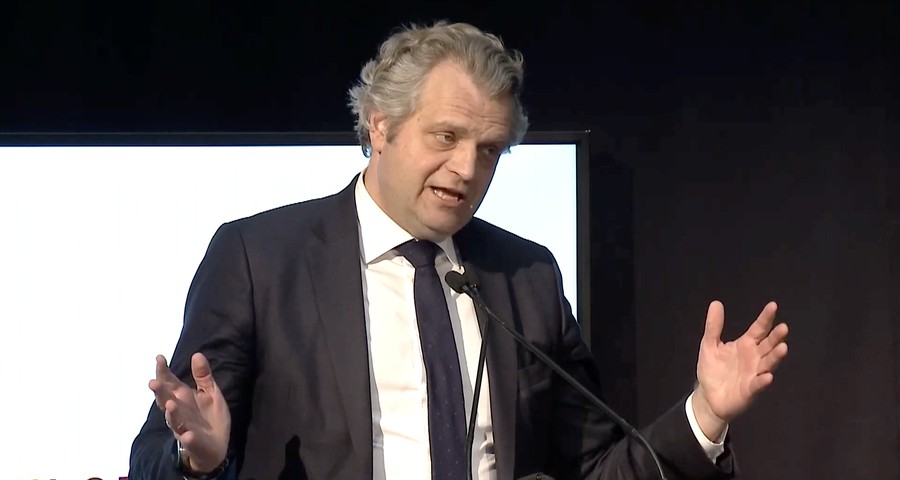 Provost Daniel Diermeier speaks at the opening of the Keller Center, the new home of the University of Chicago Harris School of Public Policy.

A political scientist by training, Diermeier has spent much of his career at business schools, teaching at Northwestern’s Kellogg School of Management and the Stanford Graduate School of Business.

In his email, Zimmer said that he will consult faculty members in choosing Diermeier’s successor. He will then “move quickly to select and name a new Provost of the University, with an announcement early in the new year including a schedule for a transition from Daniel to his successor.”

Zimmer also spoke highly of Diermeier’s commitment to freedom of expression on campus as well as diversity and inclusion.

In a short email following Zimmer’s, Diermeier said that he would leave his job at UChicago at the end of this academic year. “Together,” he wrote, “you sustain a singular institution dedicated to the serious exploration of the world’s great questions in a spirit of fearlessness and generosity.”

As the University’s top academic officer, Diermeier has often been the public face of the administration’s opposition to Graduate Students United (GSU), the union of graduate student workers.

Diermeier selected faculty and Ph.D. students to serve on the Committee on Graduate Education, which he charged with assessing the state of Ph.D. education at the University. That committee released a report in April.

In June of this year, during a labor action by GSU members, Diermeier sent an email to the University articulating reasons for the administration’s opposition to unionization. “Unionization would fundamentally alter the decentralized, faculty-led approach to graduate education,” he wrote.

In its announcement, Vanderbilt also noted that Diermeier had “pioneered a new model of funding for Ph.D. students.”

This refers to the provost’s recent announcement that the University will cap the number of Ph.D. students in the Humanities and Social Sciences Divisions, the School of Social Service Administration (SSA), and the Divinity School. The new model guarantees coverage for the duration of students’ degrees, while incentivizing professors to accelerate students’ time to degree. The move, which was described by many faculty as a unilateral decision by the provost’s office, has drawn criticism, as professors worry it spells hard trade-offs for humanities.

Diermeier’s other initiatives as provost include expanding faculty in the computer science, molecular engineering, economics, and urban studies departments. He oversaw the launch of the Pritzker School of Molecular Engineering in 2019. Diermeier also supervised a student and faculty diversity and inclusion initiative, which saw six women appointed to dean positions and three more women as vice provosts.