Mayoral Candidate Susana Mendoza emphasized her past experience, police-community relationships, and the state's responsibility to its vulnerable citizens during her visit to the IOP. 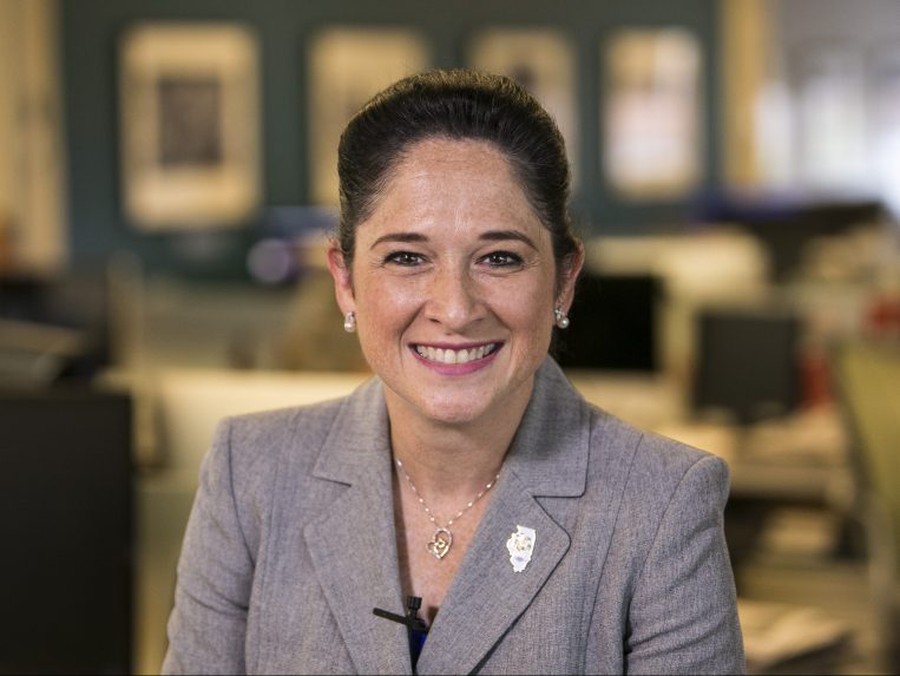 Mayoral candidate Susana Mendoza talked about her election platform at the Institute of Politics (IOP) on Thursday.

At the event, part of the IOP’s ChiElect series focused on the upcoming city elections, Mendoza discussed her financial plans, her plans for social reform, and responded to criticisms of her ties to 14th Ward Alderman Edward Burke, recently chargedwith attempted extortion.

Mendoza mentioned her experience as city clerk and as a member of the Illinois House of Representatives, focusing mainly on her current role of comptroller, which she has held since 2016.

Since starting her role as comptroller, Mendoza said she has insisted on the importance of caring for and speaking for “the most vulnerable amongst us,” including those in nursing homes or hospice care and those with disabilities.

Mendoza spoke of her role in dealing with the Illinois budget crisis and assuaging the debt the City of Chicago had accumulated, which she said “[gave] the markets calm at a time when most people thought that would be impossible.”

While Mendoza expressed confidence in her financial experience and abilities to utilize economic tools, she admitted that dealing with social challenges would be more difficult for her. She identified healing the relationship between the police and local community members as a “major challenge for the next few years.”

Mendoza shared her three-part plan which includes implementing the recently approved police consent decree[KL1] that aims to overhaul Chicago police practices, investing in better training and resources for the police, and targeting the root causes of violence.

Mendoza said she plans to invest in historically disenfranchised and socioeconomically depressed neighborhoods on the West and South Sides of Chicago. She pointed out the lack of CTA El stops in these parts of the city and identified this as a sign of inequality and intentional segregation.

Mendoza mentioned that she had recently written a transportation plan that aims to ensure that nobody living in the City of Chicago would have to walk more than 10 minutes to access public transportation.

Mendoza called for increased investment in human capital. Mendoza’s plans include the “50 New Initiative,” which would invest in the most underutilized and under-resourced schools in high-violence and high-poverty areas. Mendoza also seeks to partner with labor agencies as well as reentry services, such as the Safer Foundation, and she proposes to fill up the empty space within school facilities with wrap-around services for parents from social service providers. The services provided would include life-skills coaching, job training, and job placement services.

Mendoza said that funding for the program would primarily come from the City’s general revenue fund, which is where money used to triage business is drawn from, though she is also looking to target private businesses who would be willing to invest in this initiative.

Mendoza also addressed her close ties to aldermen accused of corruption, including Ed Burke, and explained why voters should still trust her despite her close association with them. She said that, as state representative, it is part of the job to work with local aldermen in the district and that having close relationships with them is to be expected from any representative.

“[By definition] my job is to work with all 50 aldermen,” Mendoza said. “But what they do on the negative side of things, that’s a bunch of their actions, certainly not my ethical or political project and I’ve condemned it as forcefully as humanly possible, the second anything has come up.”

She described her plan to establish an anti-corruption commission, which she said differs from the plans of other candidates to create anti-corruption task forces. Her proposed commission will be charged with creating a report of recommendations regarding how city government can be cleaned up, she said.

“I’m going to then, as mayor, execute as many of those as possible to make sure that we’re moving on corruption and trying to restore some name in government.”