Piemonte has been a rock in the community for decades. 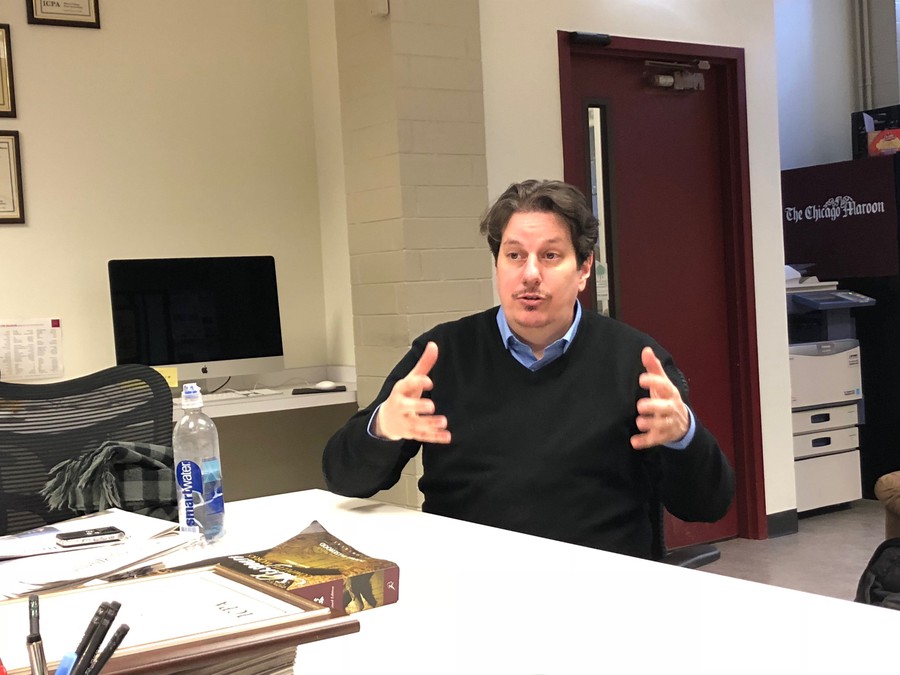 Piemonte met with the Editorial Board last March.

The Maroon Editorial Board endorses Gabriel Piemonte for Fifth Ward alderman over incumbent Leslie Hairston, who has served as alderman for two decades. We believe Piemonte has the passion, expertise, and community roots to make change in this long-stagnant office.

Piemonte is a former reporter and editor of the Hyde Park Herald. Since 2015, he has devoted himself to the community full-time, pursuing a series of activism and education projects. Piemonte is the cofounder of the Committee to Save Jackson Park, an activist group which sued the Chicago Park District to receive more information about Obama Presidential Center plans. He has actively supported and campaigned for a Community Benefits Agreement (CBA), which Hairston does not support. We believe a CBA is imperative for representing the community’s needs during major periods of development. Piemonte’s involvement in this effort speaks to his tenacious, journalistic spirit and his willingness to take on major stakeholders on behalf of his community.

The Fifth Ward needs a new leader who is willing to truly listen to his constituents. Piemonte has been a rock in the community  for decades, and we are excited to see what he can do as alderman.